Forecasters are predicting a "fine" day for many on Wednesday – especially in England and Wales where there will be plenty of sunshine to get loved-up Brits in the mood for romance. 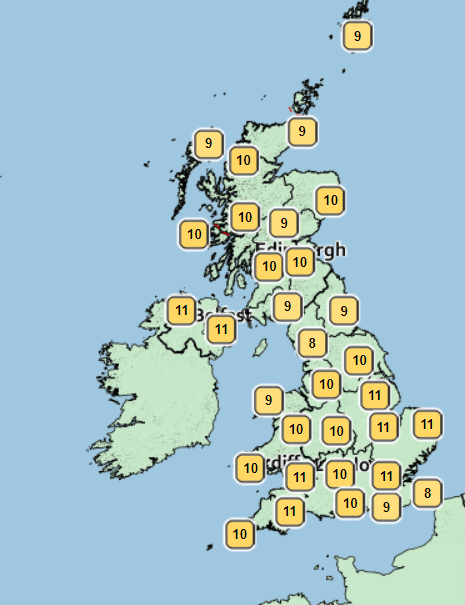 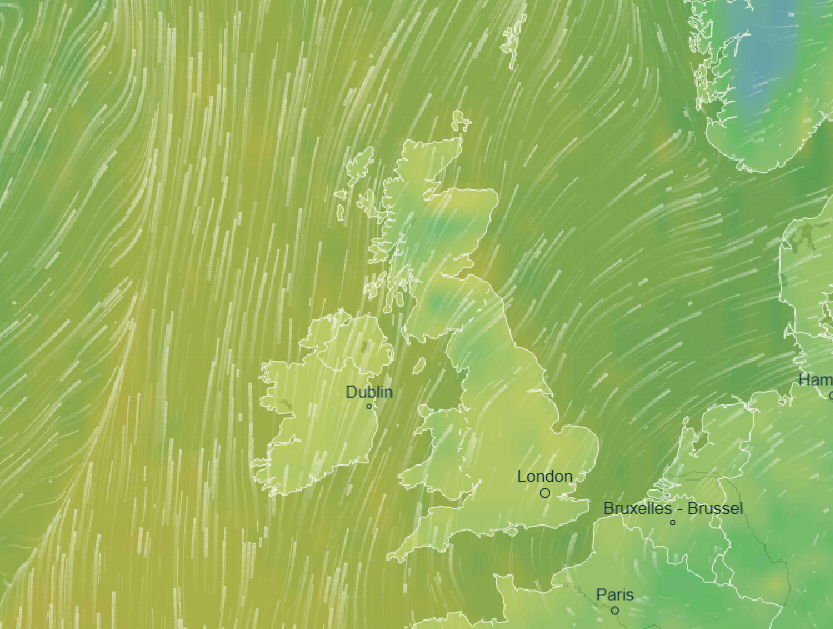 It will be a slightly cloudier picture in Scotland and Northern Ireland today with the risk of some light showers passing through.

But altogether temperatures will widely be in double figures for much of Wednesday – and could even hit the comfortable low-teens.

The unseasonable warm weather is sweeping in on balmy air being dragged up from the Mediterranean thanks to two weather fronts sitting either side of the British isles.

It is the perfect prelude to Valentine's Day tomorrow – when temperatures are set to hit as high as 16C in parts.

The average temperature for this time of year is 7C in the north and 8C in the south.

It could even be the hottest February 14 ever – if the mercury manages to creep up to 19.1C – as bookies slash odds in the lead up to the big day.

After suffering through blustering winds and heavy snowfall, the mild weather is arriving just in time for the most romantic day of the year.

Couples will be out all over the UK celebrating the occasion – but they won't have to wrap up warm unlike a typical winter's night.

Forecasters are calling it a "spring-like" day with bright sunshine and light winds.

Set to be the warmest day of 2019 so far, higher than normal temperatures are due to mild air being pushed from the Azores region of Portugal.

The temperature there is currently 17C and due to high pressure in mainland Europe we're being blessed with the same balmy weather.

Brian Gaze, from The Weather Outlook, told The Sun Online: "The weather during the coming days will be very mild for mid February.

"Temperatures could reach 16C (61F) later this week in the southern half of the UK.

"Mid February – Valentine's Day – often brings some of the coldest weather of the UK winter but this year it looks like many of us can expect an early taste of spring.

"The mild conditions are the result of the UK being sandwiched between high pressure over the near continent and areas of low pressure in the Atlantic.

"They combine to leave the UK under a south or southwesterly air stream which pulls warm air up from northern Africa.

"Although most computer models show the likelihood of above temperatures for much of the rest of February it is too early to write off the winter.

"If the continental high pressure block migrates northwards it could open the floodgates to very cold air from the north or east."

The warmest Valentine's Day on record was in 1988, when 19.1C was clocked in Trivington in Somerset.

Although bookies are saying we could see ven hotter this week, the Met Office has said it's unlikely.

Alex Apati of Ladbrokes said: "Things look set to take a sizzling turn with every Brit strapping themselves in for their hottest Valentine's Day yet – at least on the weather front".

But it's certainly not the end of the cold weather as the mild patch isn't likely to last – with a repeat of last March's 'Beast from the East' freeze possible this year.

John Hammond, chief meteorologist for Weather Trending, told The Sun Online: "We could well see the warmest day of the year so far later this week.

"On balance, Thursday or Friday could see temperatures reaching the mid-teens in a few places. While this will feel springlike, it’s actually not that unusual for late February.

"It would be a brave person to say that we’ve said goodbye to the wintry weather.

"As we saw with last year’s ‘Beast from the East', severe cold and snow can happen in March.

"But this was an extreme and record-breaking event, so by definition, a repeat this year is unlikely.

"Indeed, at the moment, there are no indications from computer models for a cold spell as harsh as last year.

"That said, computer forecasts have been very poor through this winter, so they should not be taken on face value.

"Snowfalls often occur in March, and so it would unusual for parts of the UK not to see any more of the white stuff this year.

"However, at this stage it’s impossible to say where or when." 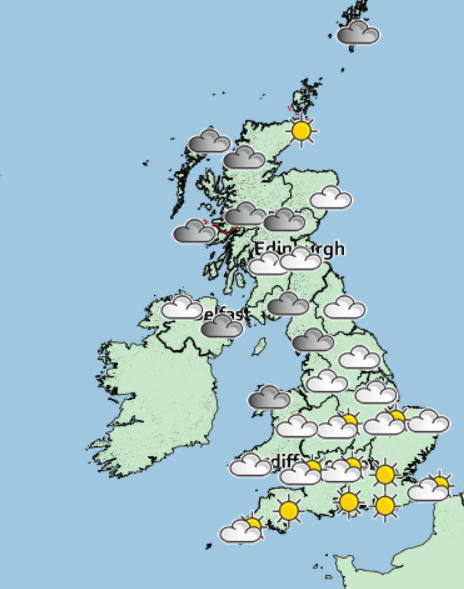 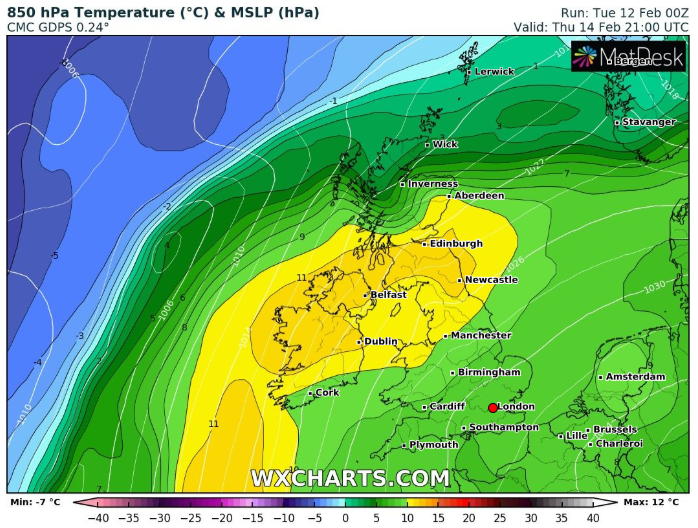 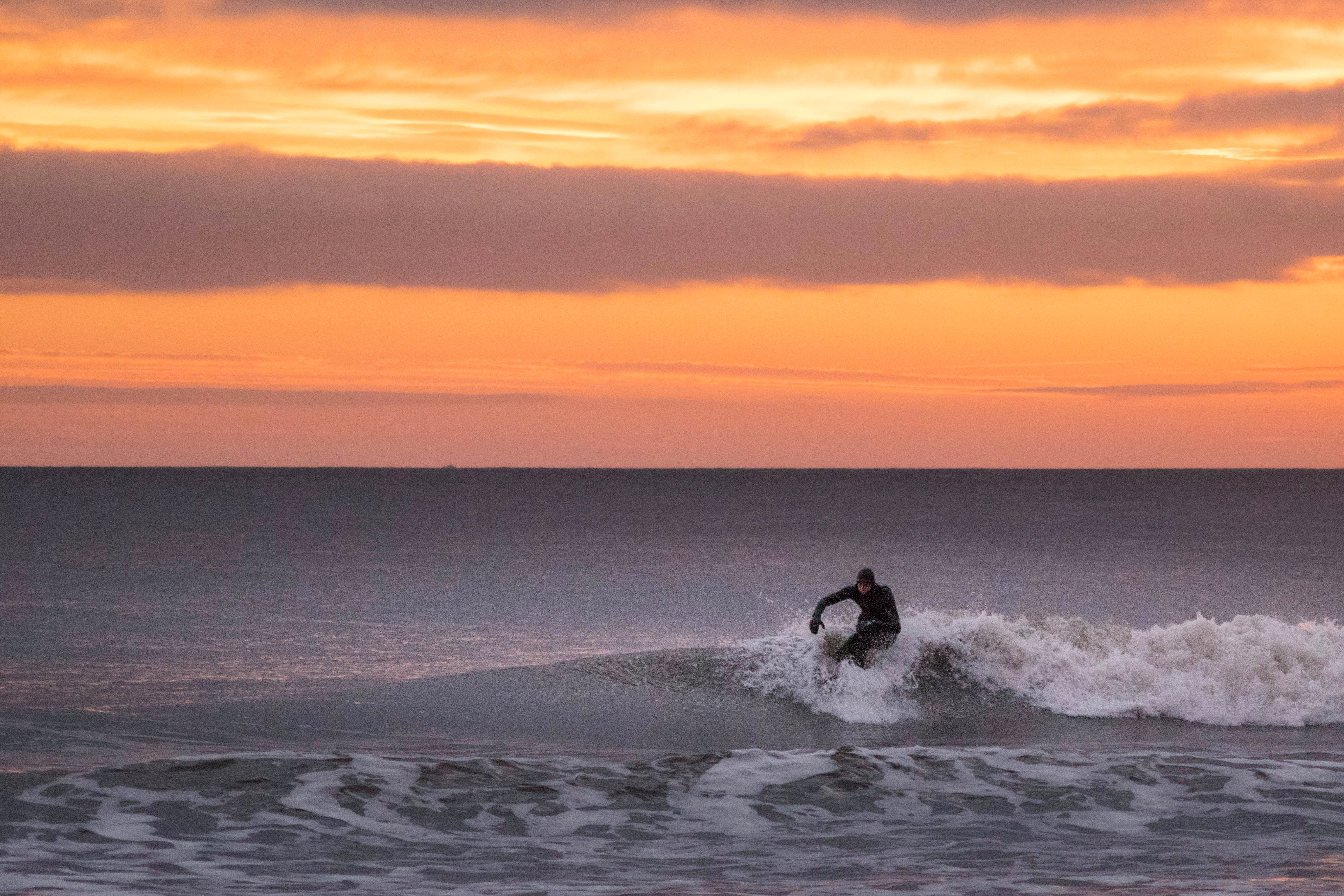