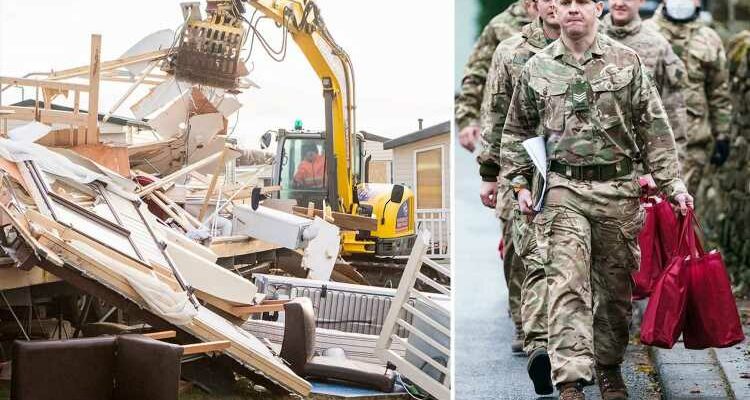 THE Army has been called in to help after homes were ravaged by Storm Arwen – with snow and MORE gale-force winds set to smash Britain in the coming days.

Thousands of Brits are facing a second weekend without power as another cold snap is set to sweep across the UK – and an "explosive" weather front could unleash fierce gale-force winds. 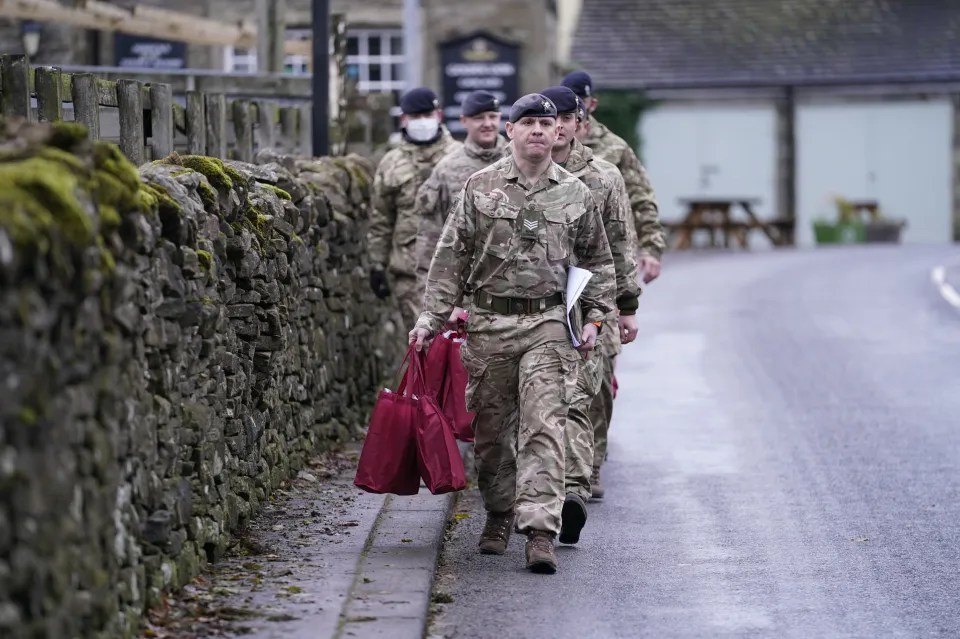 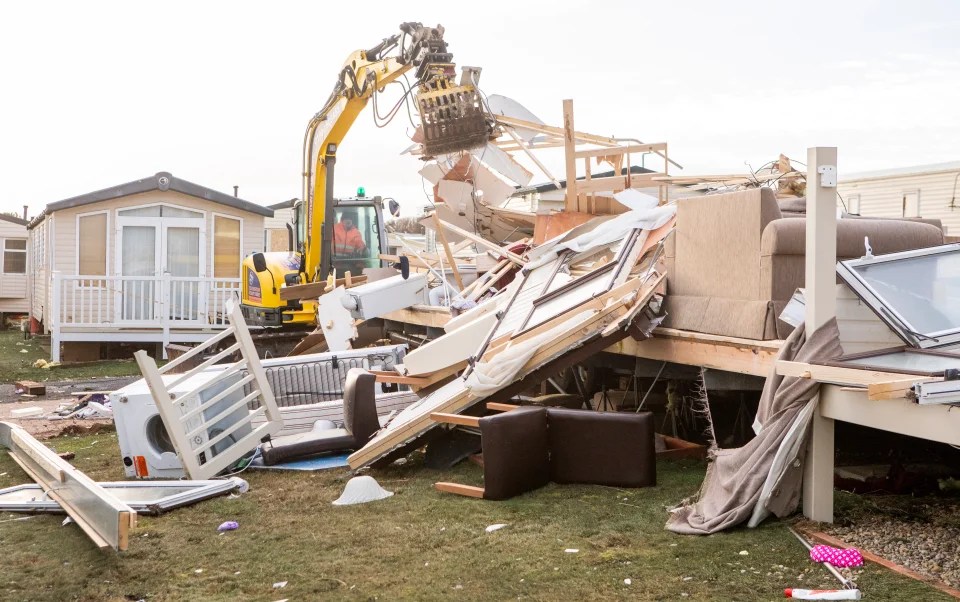 Temperatures will drop to -3C in some areas over the weekend after days of persistent snowfall and wintry showers across Britain.

Homes across parts of Scotland and the North East and North West of England are still cut off after Storm Arwen swept in more than a week ago and wreaked havoc across the UK.

As of last night, more than 9,000 homes were still without power after extensive damage to power lines.

The Ministry of Defence said 297 personnel from the British Army and Royal Marines have now been deployed to help areas battered by Storm Arwen.

Troops are carrying out door-to-door checks on vulnerable people in their homes and providing reassurance to local communities.

Some 80 soldiers of 4 Royal Artillery based at Alan Brook Barracks in Topcliffe have been drafted to Northumberland today to check on vulnerable people and offer a helping hand.

Defence Secretary Ben Wallace said: "Our dedicated Armed Forces personnel are working side by side with civil authorities to provide essential support to communities impacted by Storm Arwen.

"The ability to deploy quickly to wherever in the UK assistance is requested makes us all safer and ensures we are able to look protect the most vulnerable in our society."

With Brits still reeling from the impact of Storm Arwen, BBC meteorologist Chris Fawkes warned an "explosively-developing" area of low pressure could unleash havoc across the UK next week.

He said the area of low pressure will get "very strong" as "very windy weather, definitely gale-force" lashes the country.

"Into next week we have a rapidly deepening low pressure," he told BBC Breakfast viewers.

"This is an explosively-developing low. It will get very strong.

"Through the week this will bring outbreaks of rain, definitely gales, and we could have some very windy weather indeed blowing our way as we head into Tuesday."

And Jim Dale, a senior meteorologist at British Weather Services, warned the weather front could transform into the UK's second named storm in less than ten days.

It comes as snow is forecast to fall in parts of eastern England, the North Yorkshire Moors and parts of Lincolnshire today.

The chances of a white Christmas are becoming increasingly more likely as the UK plummets into an "Arctic shot".

And strong winds and widespread downpours are set to batter the North West.

Forecasters said Scotland will be cloudy in the morning with outbreaks of rain and hill snow today, but drier and brighter by the afternoon with a few showers in the west.

Sunday will continue to be chilly with some showers in the east of England, but the west is set to have dry weather and some sunshine.

Frost is expected in colder parts of the UK, including central and western Scotland where temperatures could drop to a freezing -3C and -5C.

Steve Keats, meteorologist at the Met Office, said: "In some ways, we're expecting fairly typical early December weather this weekend and nothing too disruptive as expected.

"But a couple of points to watch for will be winds, which under normal circumstances wouldn't be an issue but if you're trying to repair downed power lines it's more sensitive.

"Saturday is expected to be cold. There will be quite a mild windshield coming down from the northwest, so it's going to feel not much above freezing for quite a lot of places.

"So if you're out and about doing the Christmas shopping, put on some extra layers." 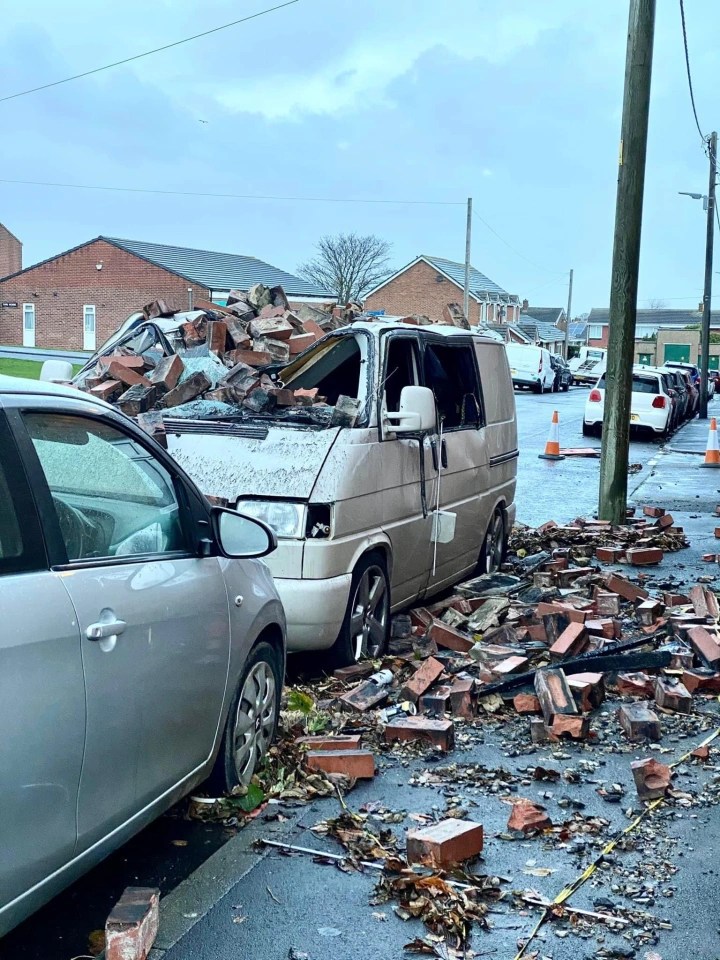 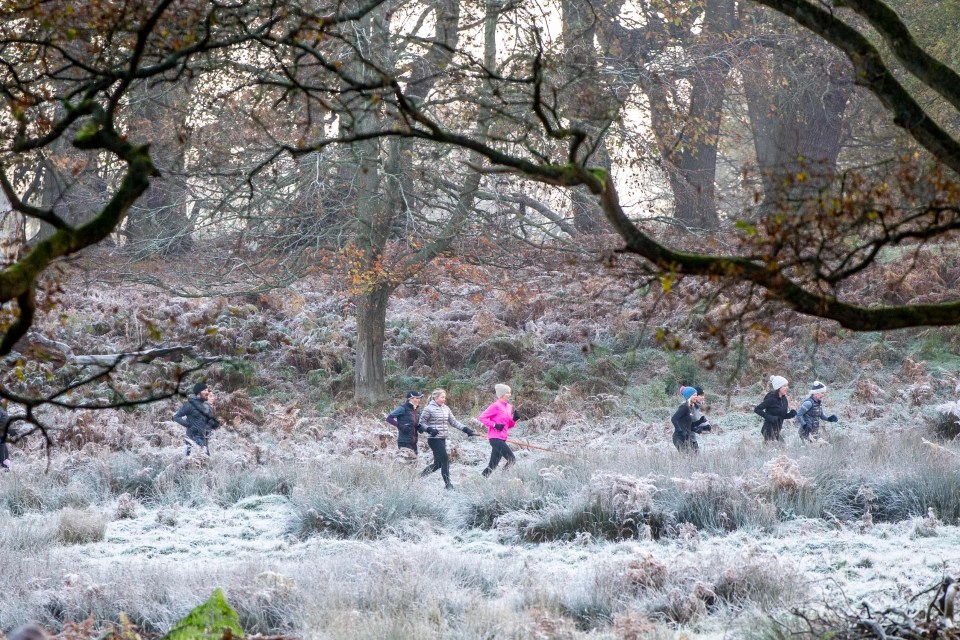 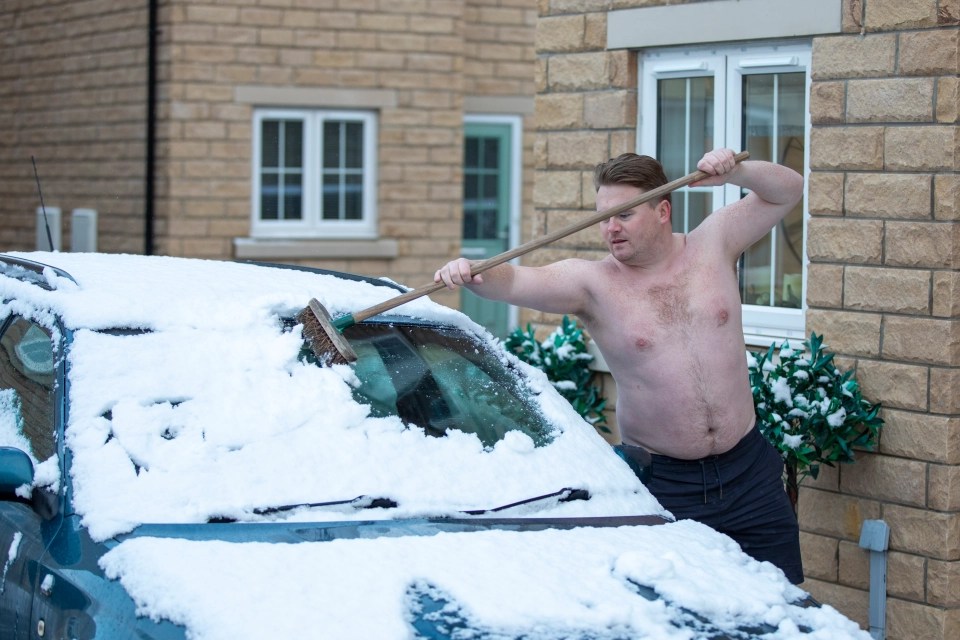