London: Britain has granted permanent residency to a group of refugees who have been stranded for 20 years on a British military base in Cyprus. 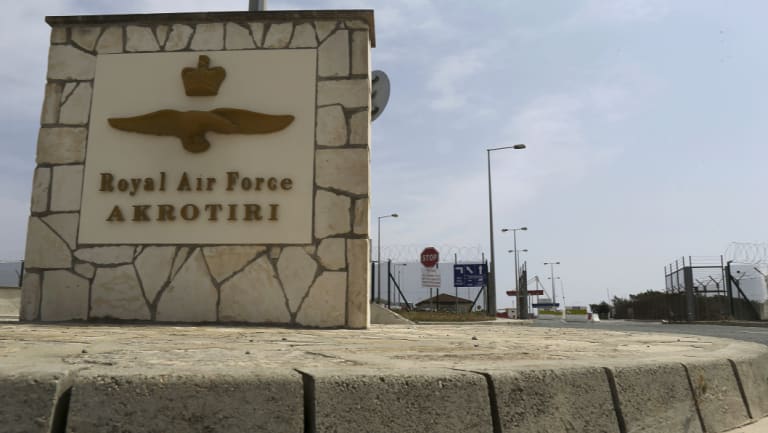 The gated entrance of the British Royal Air Force base in Akrotiri in the eastern Mediterranean island of Cyprus.Credit:AP

The Leigh Day law firm that represents the refugees says that the government settled the case involving 31 members of six families just before it was to be heard by the Supreme Court.

The families were among a larger group from Ethiopia, Iraq, Sudan and Syria whose boat was abandoned by people smugglers off the coast of Cyprus in 1998. Until now, Britain had refused to admit the families because it contended the UN Refugee Convention didn't apply to its bases in Cyprus.

The Home Office said the government decided to bring the long fight to an end due to the "highly unusual circumstances."