A SCIENTIFIC expert has said the peak of the UK coronavirus pandemic was on April 8, as calls mount for the government to set out its strategy to ease the lockdown.

France, Spain and Greece plan to lift some of the strict measures to halt the spread of the deadly virus within the next three weeks, while Germany allowed some shops to reopen this week. 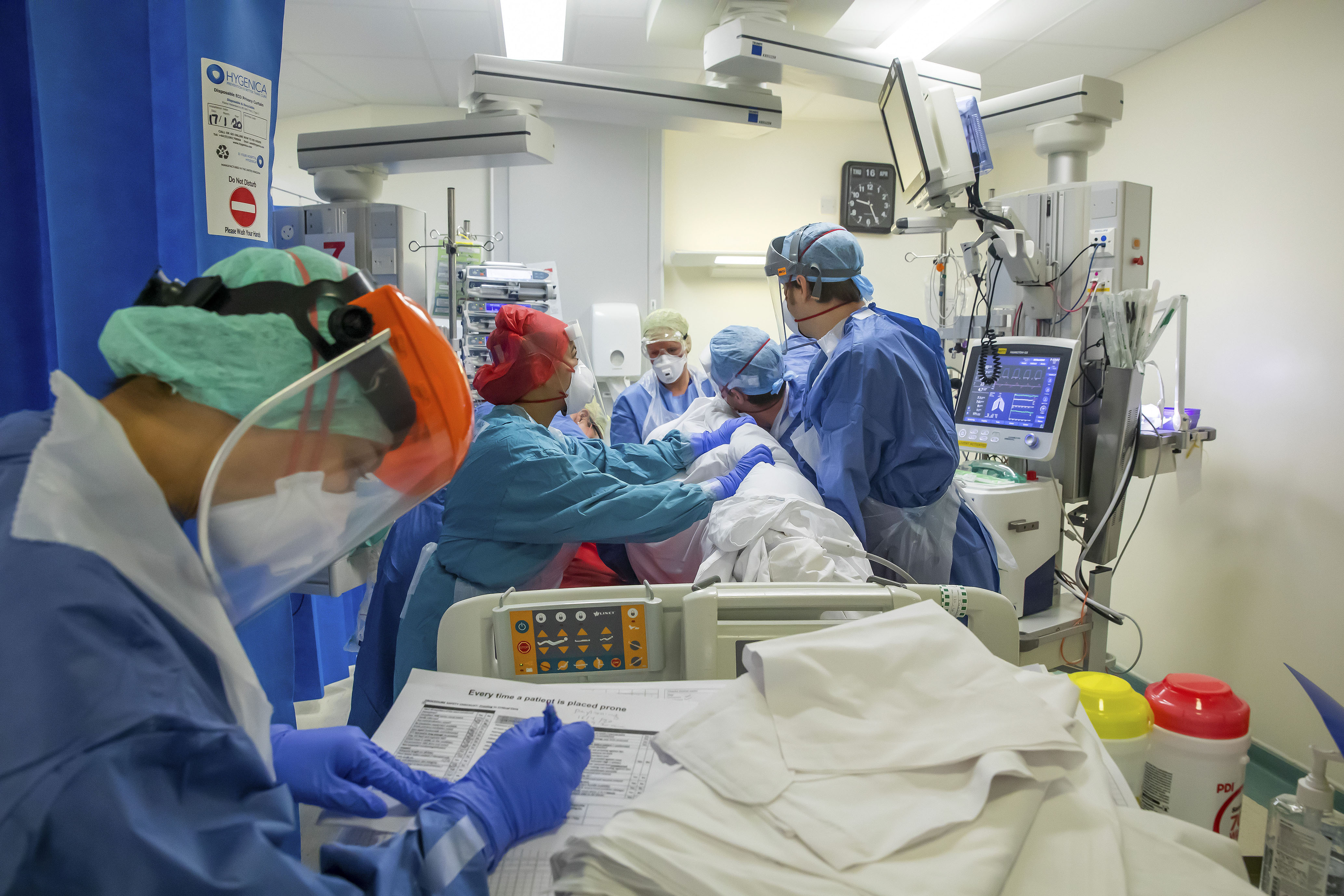 Meanwhile Italy, the worst affected country in Europe, will announce plans this week for a gradual reopening from May 4.

However ministers have so far refused to set out how the UK hopes to gradually come out of the lockdown to try and get the battered economy back on track.

Professor Carl Heneghan, director of the Centre for Evidence-Based Medicine at the University of Oxford, said coronavirus infections were at their highest in mid-March – 21 days before Britain recorded its worst daily death rate on April 8.

He said: "From an epidemiological perspective we can say that the numbers are consistent with the peak happening on April 8.

"I think we can be clear that in this peak it occurred on April 8 and in the last 13 days we've seen no change to that."

His comments were made before the government announced an additional 828 deaths in UK hospitals yesterday, taking the total deaths to 17,337.

Dr Heneghan believes the peak of Covid-19 infections happened a week before the lockdown started on March 23.

He claimed the strict measures Brits are currently living under are unnecessary after politicians rushed into calling for a nationwide quarantine.

Professor Heneghan said ministers wrongly introduced the draconian measures after listening to scientific advisers who have been "consistently wrong". 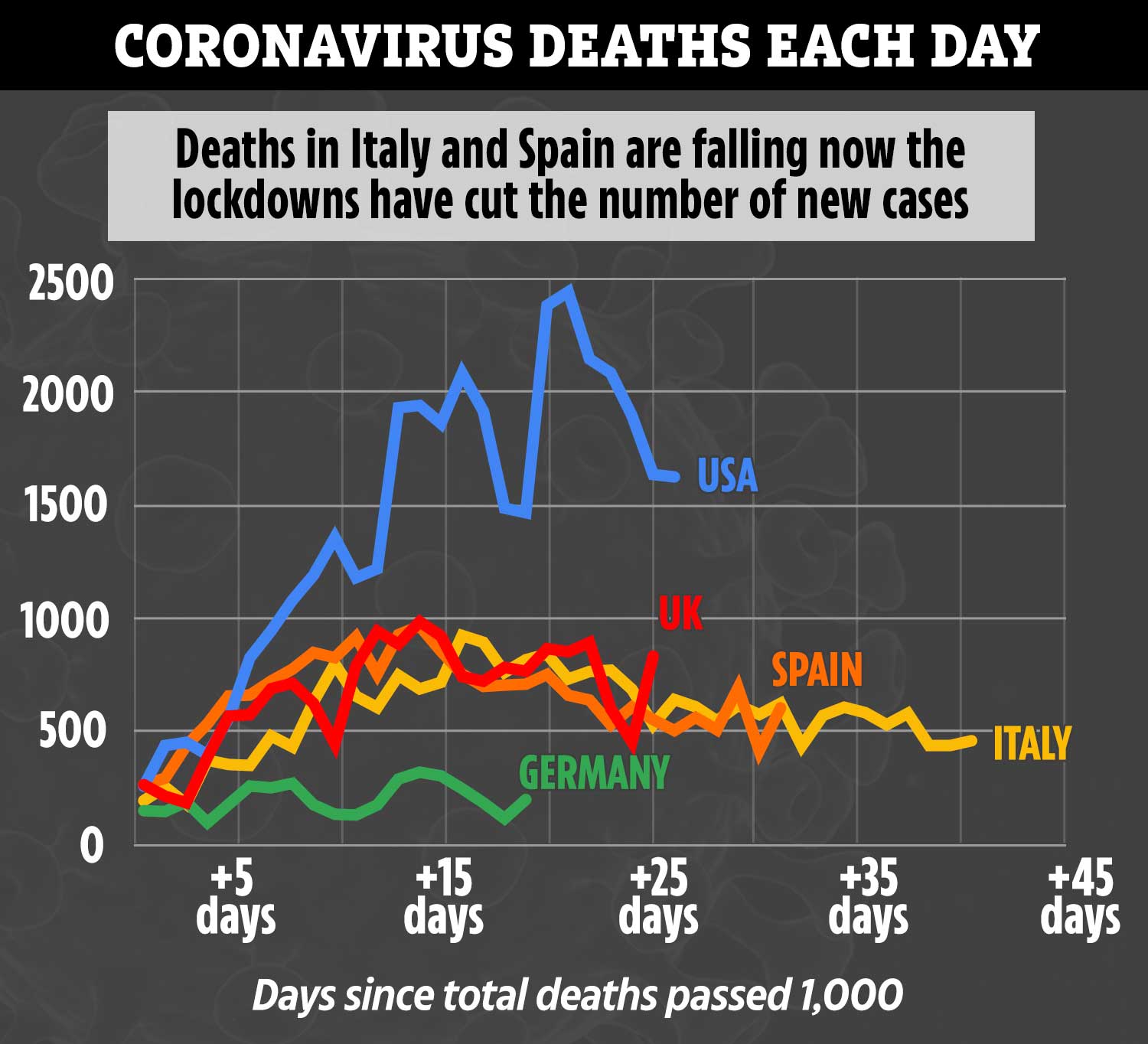 He also praised Sweden for "holding its nerve" by not enforcing a lockdown.

Professor Heneghan, who also works as a GP, added: "The UK Government appears to be losing sight of what’s actually going on.

"We've been getting scientific advice that is consistently wrong.

"It has failed to look at all the data and understand when the peak of infections actually occurred.

"Fifty per cent reductions in infections occurred on March 16, right when hand washing and social distancing was introduced.

"If you go look at what's happening in Sweden, they are holding their nerve and they haven't had doomsday scenario. Our Government has got it completely the wrong way around."

He also said mass testing was the way forward and the lack of contact tracing had "completely failed" elderly people.

Professor Heneghan added: “Why did the scientific advisers say to abandon mass testing and contact tracing?

"We can see it worked for other countries like Germany and South Korea, so why?

"If it was about resources – look at what Germany did. It devolved responsibility, getting universities and healthcare sites to carry out tests.

"We centralised it. But that was always going to be impossible for 66million people in the UK.

"We have failed the elderly – care home and healthcare workers needed to be tested and isolated.”

However, virologist Lena Einhorn has slammed Sweden's more relaxed coronavirus policy and described it as a "huge failure".

She said: "They have to admit that it's a huge failure, since they have said the whole time that their main aim has been to protect the elderly.

"But what is really strange is that they still do not acknowledge the likely route.

"They say it’s very unfortunate, that they are investigating, and that it’s a matter of the training personnel, but they will not acknowledge that presymptomatic or asymptomatic spread is a factor.”