WASHINGTON (Reuters) – The U.S. House of Representatives called nearly unanimously on Thursday for the government of Myanmar to release Reuters journalists Wa Lone and Kyaw Soe Oo, who were imprisoned one year ago in a landmark free speech case. 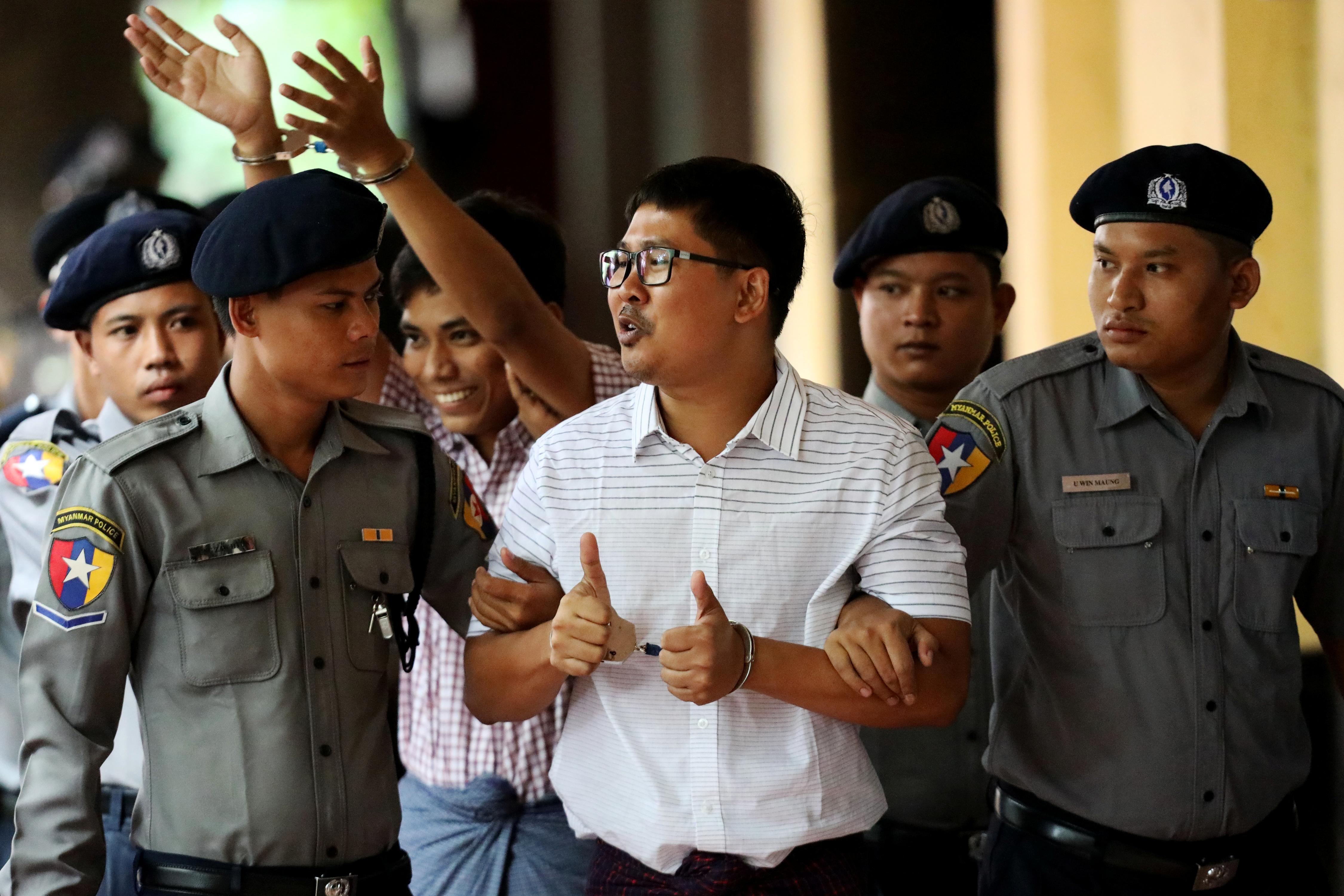 House members voted by 394 to 1 for a resolution calling for release of Wa Lone, 32, and Kyaw Soe Oo, 28, who were found guilty in September of violating Myanmar’s Official Secrets Act and sentenced to seven years in prison. The case has raised questions among a number of political leaders in the United States and Europe, human rights advocates and the United Nations about Myanmar’s progress toward democracy.

The measure is non-binding, but intended as a strong message to the government of Myanmar, also known as Burma, as well as to President Donald Trump’s administration that members of the U.S. Congress want the two men released.

The resolution also calls the Myanmar military’s campaign against the country’s Rohingya Muslim minority a genocide. In a report issued on Aug. 27, U.N. investigators said Myanmar’s military carried out mass killings and gang rapes of Rohingya with “genocidal intent” and for the first time explicitly called for Myanmar officials to face genocide charges over their campaign.

The U.S. Department of State, which would make an official determination, has not made that official designation using the term genocide.

The Myanmar embassy in Washington did not immediately respond to a request for comment on the House of Representatives vote.

The military in Myanmar, where Buddhism is the main religion, has denied past accusations that it had committed genocide against the Rohingya and says its actions were part of a fight against terrorism.

The one “no” vote came from Representative Andy Biggs, a Republican from Arizona. Asked to comment on Biggs’ vote, Daniel Stefanski, a spokesman for the congressman, did not directly address the question but said the Myanmar military’s “continuing oppression of the Rohingya is inhumane” and called on the Trump administration “to use maximum diplomatic pressure to end the genocide and demand the release of the two journalists.”

The reporters, who pleaded not guilty, said they were handed papers by police shortly before they were detained, and a police witness testified that they had been set up. They had been investigating the killing of 10 Rohingya men and boys as part of a military response to insurgent attacks.

Lawyers for the two Reuters reporters have lodged an appeal against their conviction and sentence. An appeal hearing is scheduled for Dec. 24.

The White House did not immediately respond to a request for comment.

(This story corrects spelling of name Stefanski in 8th paragraph)