SARAJEVO (Reuters) – The United States supports Bosnia’s ambition to join NATO, a senior U.S. official said on Monday, dismissing Bosnian Serb objections and adding Washington would react strongly to any threat to the stability of the country. 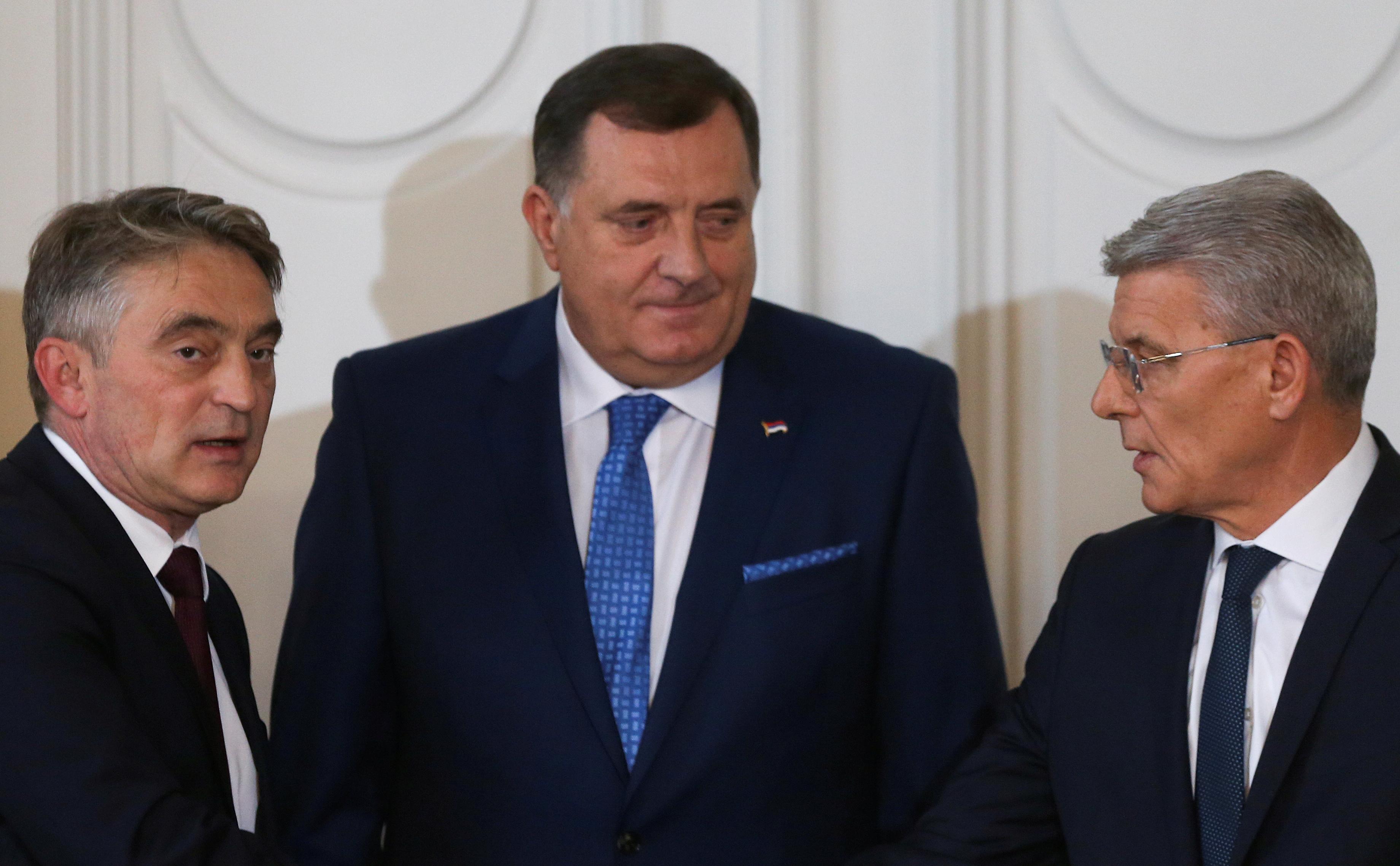 Bosnia has long proclaimed integration with NATO and the European Union to be strategic goals. But the pro-Russian leader of Bosnia’s autonomous Serb region, Milorad Dodik, has called for the country to remain neutral and stay out of the U.S.-led military alliance.

“We discussed the U.S. position which is as firm as it has ever been, supporting the decision that has been made by this government to pursue membership in NATO,” U.S. Deputy Secretary of State John Sullivan said after meeting Bosnia’s three-man inter-ethnic presidency.

NATO bombed dominant separatist Serb forces in Bosnia in 1995 to help bring an end to the war there, and the United States brokered the Dayton peace deal that followed.

This month NATO invited Bosnia to start working on a Membership Action Plan (MAP), which has been blocked for 10 years by the Serbs.

Dodik said he told Sullivan there was no consensus in the presidency regarding NATO membership. The Muslim Bosniak and Croat members support it.

Russia is strongly against the country’s membership in NATO.

“We in the United States take that decision … made by the government to pursue NATO membership very seriously,” Sullivan said when asked about Dodik’s reiterated objections.

“We don’t want any country, any country to interfere with government of this independent sovereign country,” he added.

“The U.S. government will always react strongly to any threats to the stability of Bosnia-Herzegovina.”

The U.S sanctioned Dodik in 2017 for calling for the secession of Bosnia’s Serb region.

“There is no change in his status under sanctions,” Sullivan said. “We are committed to protect this country’s sovereignty and territorial integrity in line with the 1995 Dayton agreement.”

Sullivan said the United States would help Bosnia counter “external forces that actively seek to make Bosnia ever more vulnerable to internal instability”. He declined to name those forces.