Son of man, 80, hit by stray bullet in Bronx says gun violence is ‘out of our control’

80-year-old man shot by stray bullet in the Bronx

Four shot, one fatally, overnight in NYC as gun violence rages on

Two women were killed and five others wounded in California this week when a party bus they were reveling in was reportedly ambushed by a drive-by shooter.

The gunfire erupted around 12:20 a.m. Tuesday in Oakland on eastbound Interstate 580 near an offramp at Seminary Avenue, KGO-TV reported, citing a source close to the ongoing investigation.

One of the women died on the bus following the gunfire, while a second succumbed to her injuries at a hospital, the station reported.

At least 70 rounds were reportedly fired during the barrage of gunfire that included two separate shootings, the second taking place minutes later near Foothill Boulevard and 68th Avenue, according to the station.

The driver of the party bus managed to get the vehicle to an Oakland police station following the shooting, KNTV reported, citing the California Highway Patrol.

The bullet-ridden bus also had several of its windows shot out, KTVU reported.

The women were celebrating a 21st birthday at the time, a relative told KNTV. One of the victims who died was a 19-year-old mother who is survived by a 3-year-old child, according to the station.

The suspected shooter was inside a second vehicle on the freeway, CHP officials told KNTV. No suspects had been identified as of early Tuesday. The incident does not appear to be a random event, authorities said. 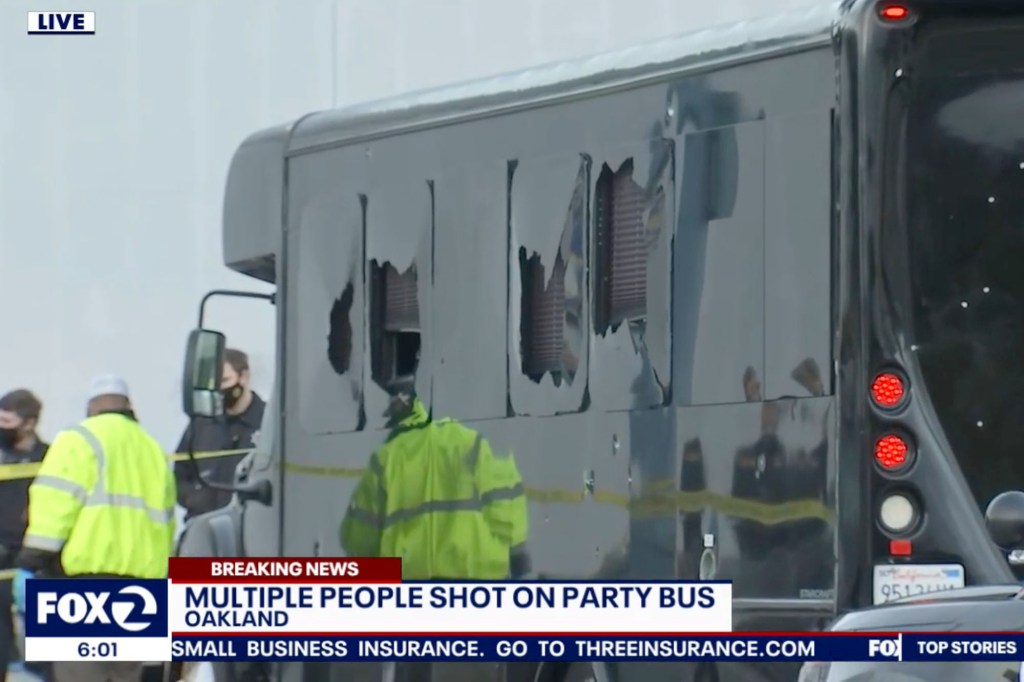 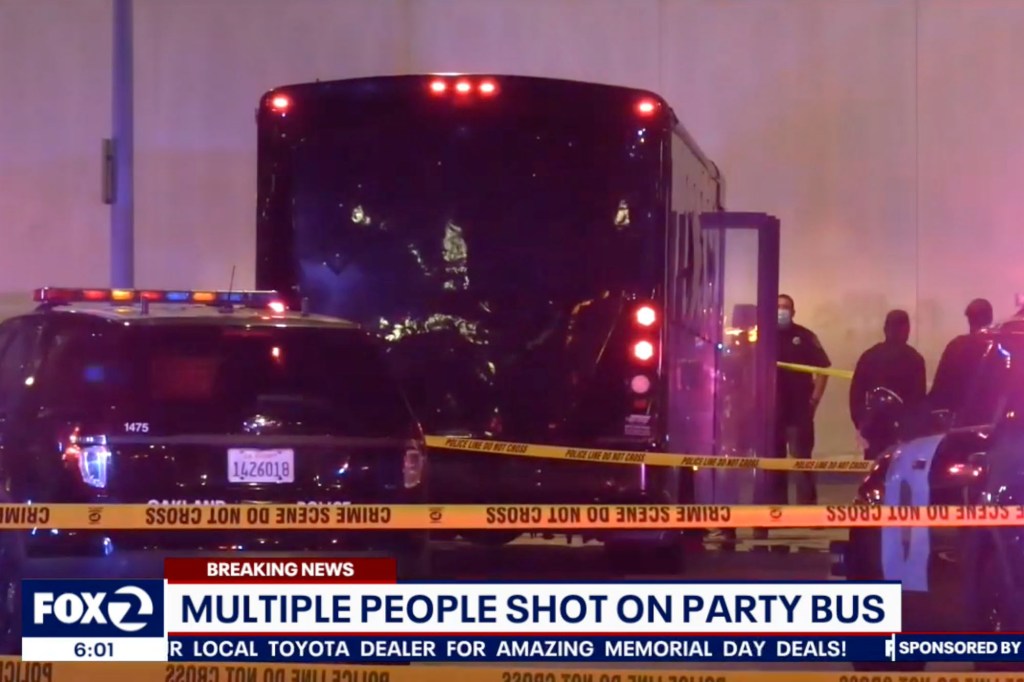