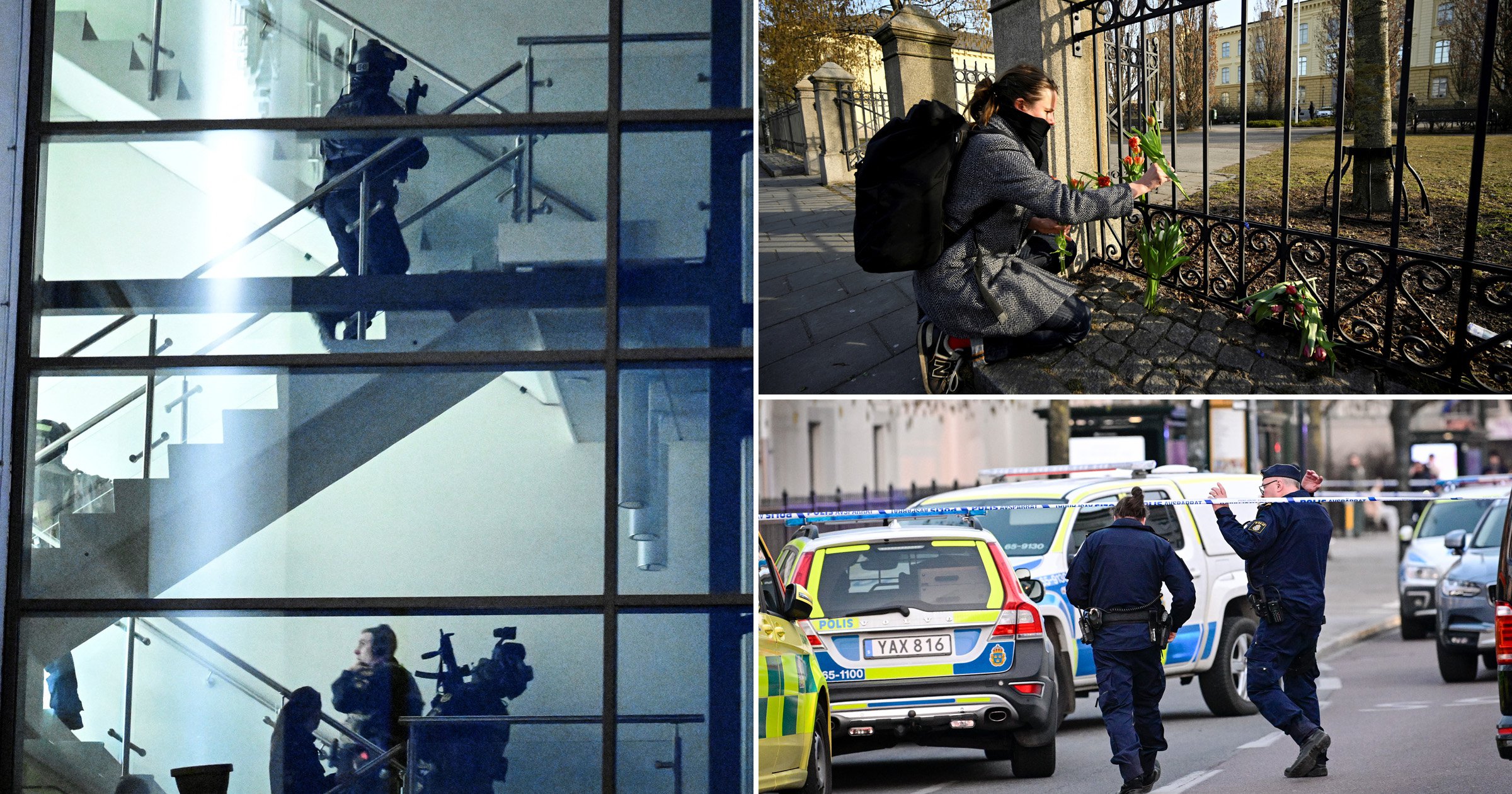 An 18-year-old student has been arrested after two women were stabbed to death at a high school in southern Sweden yesterday.

The two women, both in their 50s, were employees of Malmo Latinskola, in the centre of Malmo, the country’s third largest city.

Local media said the alleged attacker called the emergency number to say where he was and that he had put down his weapon and admitted to having killed two people.

He is thought to have been armed with a knife and an axe and was arrested without difficulty shortly after the arrival of the first police patrol.

Earlier in the evening, police had initially reported two injured among the around 50 people in the school at the time of the incident.

The two victims ‘were taken to the hospital but their lives could not be saved’, the authorities said.