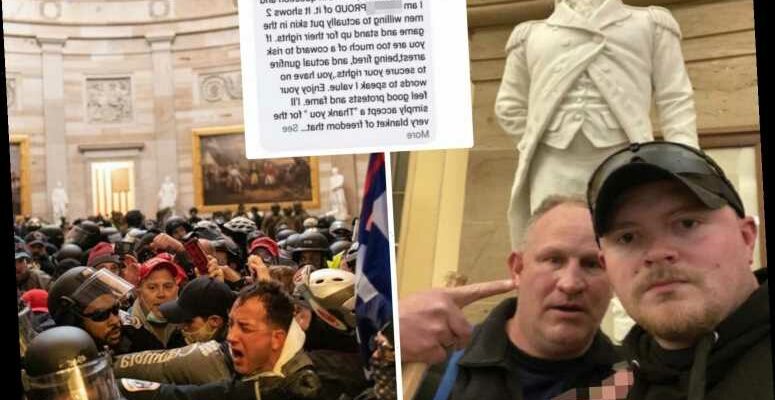 TWO Virginia police officers have been charged after taking a selfie during Capitol riot and allegedly boasting on Facebook that they were "f***ing proud".

Sergeants Thomas Robertson and Jacob Fracker had already been placed on leave after going to the deadly riot and posing in front of a statue of American Revolution general John Stark. 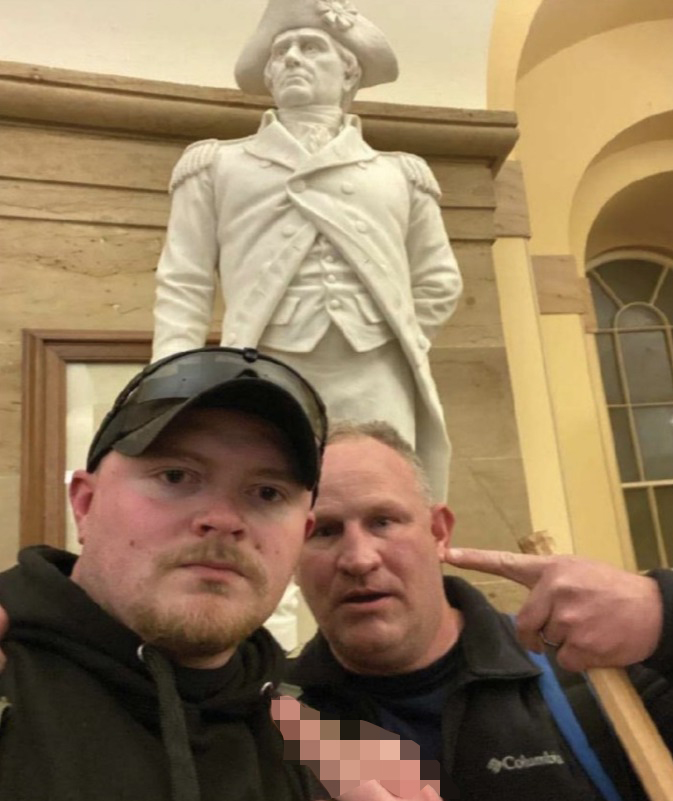 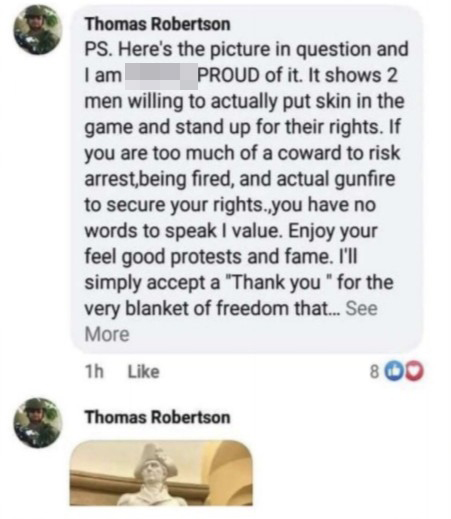 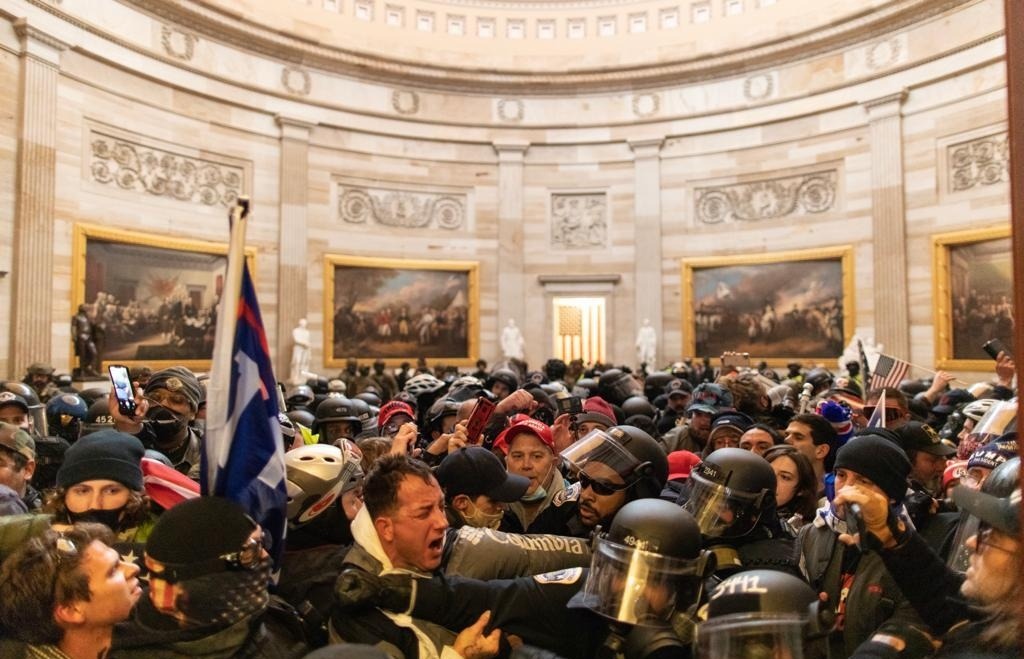 The officers from the Rocky Mount Police Department were charged today with knowingly entering or remaining in a restricted building without lawful authority, and violent entry and disorderly conduct on Capitol grounds.

In social media posts, Sgt Robertson is quoted as saying: "CNN and the Left are just mad because we actually attacked the government who is the problem and not some random small business.

Another, now-deleted Facebook post by Sgt Fracker, contains a caption, which read: "Lol to anyone whos possibly concerned about the picture of me going around.

"Sorry I hate freedom? Not like I did anything illegal."

Robertson told news outlets that he broke no laws, did not know about the violence, and had been escorted into the building by Capitol Police.

Sgt Robertson had told The Roanoke Times that he and officer Fracker, who were both off-duty, did nothing illegal in Washington on January 6, when a mob of supporters of stormed the Capitol building.

The Army veteran is said to have posted he was "f***ing PROUD' of the selfie.

Five people were killed, including a Capitol Police officer and a Trump supporter.

Robertson has said he does not support the violence that happened inside the Capitol.

He said he and Fracker went into the building at about 2pm or 3pm.

But he said they had been "escorted in by the Capitol Police, shown around and told, 'as long as you stay here, you're fine’".

And he said they stayed in cordoned areas. 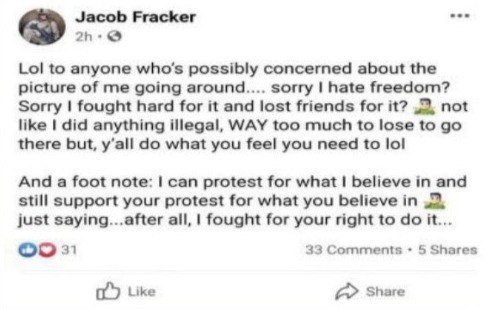 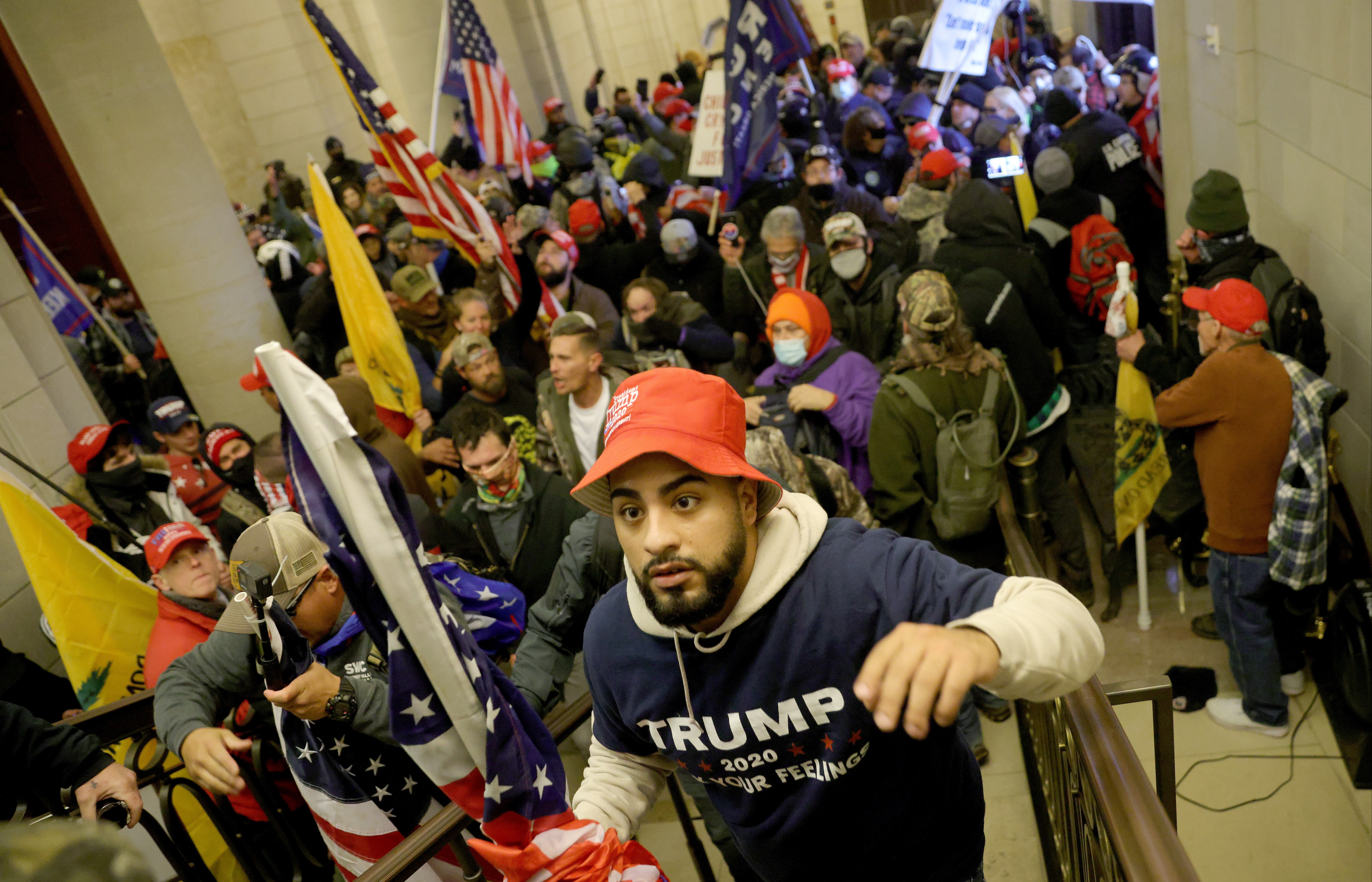 Robertson said he and Fracker were not aware at the time that the rally had turned violent.

He told ABC13: "There was absolutely no indication that we were anything but welcome to check out certain places.

"We did not participate in any violence or property damage."

The Rocky Mount Police Department said it notified federal authorities that two of its off-duty officers were present at an 'event' in Washington on January 6.