Lithuanian puppy trafficking pair who fled Britain after being convicted of selling £1,000 ‘designer dogs’ from Eastern Europe will be jailed in the UK – if they are eventually caught 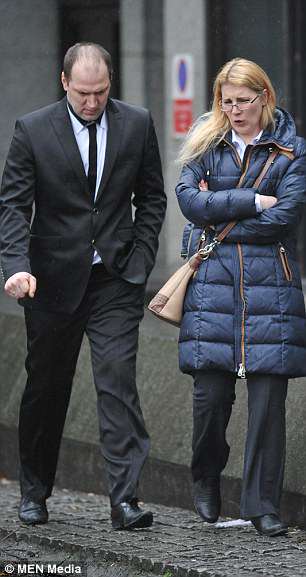 Two puppy traffickers who made £300,000 by illegally selling designer dogs from Eastern Europe have been sentenced in absence after fleeing the country during their trial.

When customers arrived at their home in Salford, Greater Manchester they were sold severely ill puppies who had not been given important vaccinations.

Customers reported the dogs’ health rapidly deteriorated after they were taken home, with many suffering potentially fatal lung conditions.

Despite being told they were receiving British-bred dogs, customers were actually sold dogs that had been trafficked to the UK from Eastern Europe.

Trading Standards, Bury Council and the RSPCA investigated the couple who were confronted at their home in May 2015.

At the home they found numerous cats and dogs kept starving, freezing and shivering in squalid conditions, covered in scabs and discharge.

The couple admitted various offences two years ago, in June 2016. But sentencing was delayed for a year, after Kiseliova unsuccessfully tried to withdraw her guilty plea. 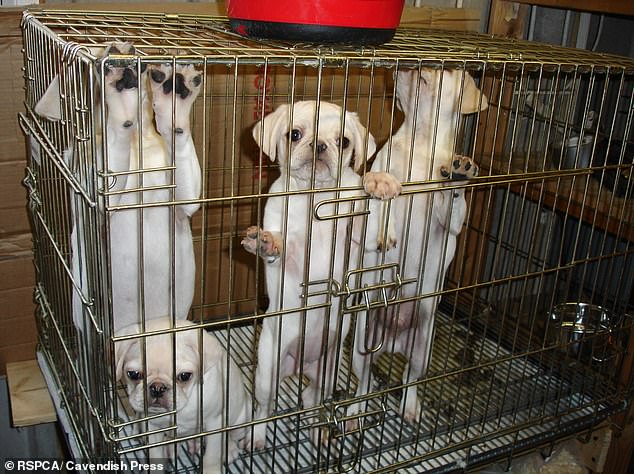 Some of the dogs, which included French and English bulldogs, were found trapped locked in cages

The pair fled the country, where they are believed to be hiding in Eastern Europe. An European Arrest Warrant has been issued.

At Manchester Crown Court Kiseliova was sentenced to four years jail and Titas got three and a half years imprisonment.

They will be ordered to serve half their sentences once they are located.

Sentencing the pair in their absence, Judge Richard Mansell QC said: ‘These offences arose out of the running of the company Pets313 from your home address from December 2012.

‘They travelled from Europe into the UK frequently and you abused the Pet Passport scheme which states the pets have been examined by vets and vaccinated before travelling to reduce the risk of diseases such as rabies.

‘The majority of the dogs came from Eastern European countries such as Hungary, Belarus and Poland and you had people who would bring the dogs back in multiples of up to five at once.

‘You detected customers and mislead them by making false representations to tell them the business had been approved by the Kennel Club.

‘Many customers made purchases of sums from £100 to £1,000, and the dogs they purchased had health problems from the moment they got home. 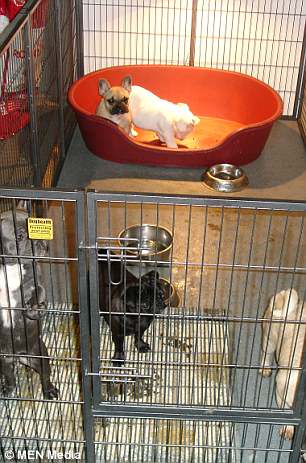 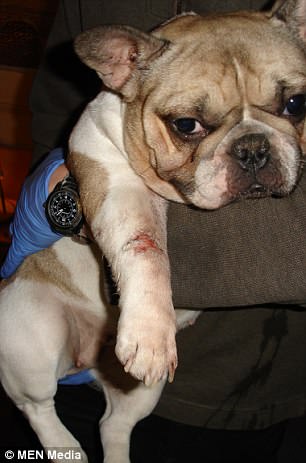 ‘On December 12th, Jason Marshall bought his wife a pug for Christmas, he paid you £800 for that pug, which he named Coco.

‘He was told he received vaccinations and was cared for by way of the Puppy pack. But Coco became ill and was taken to the local vets where she was examined and it was revealed she had lung problems, problems with her hips and she had to have a hernia removed.

‘He said he wished he never had purchased her from you because she was so ill when he bought her.

‘Gemma Walker bought a French bulldog from you called Bella. You met her before the purchase and showed her a pet pack which stated she had been to the vets, she left and paid £720.

‘She asked for further medical notes, to which you asked for £500 extra payment for them. 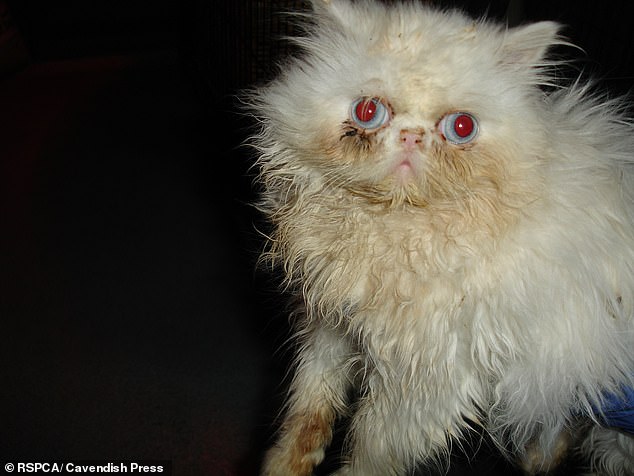 The charity said a number of animals, including these cats, left and right, needed urgent veterinary treatment

‘When she was taken home Miss Walker realised she wasn’t breathing properly and called you, to which you told her that the dog wasn’t your problem anymore.

‘Taking Bella to the vet, Miss Walker was told the tablets she was giving her dog, prescribed by you, were for humans and once analysis was undertaken of the microchip, they discovered the dog was from Denmark and had a number of physical health problems.

‘Miss Walker was back and forth to the vet numerous times and paid over £4,500 in vets bills.

‘When the RSPCA came to your address they discovered animals kept in cages with little stimulation for space to run around. Two bulldogs that were rescued unfortunately died within a few days because they were in such ill health.

‘The treatment of those animals was nothing short of appalling. They put their desire and greed before the welfare of animals. 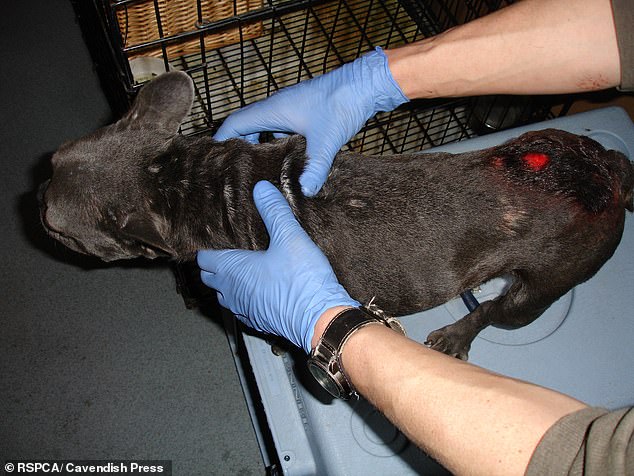 Customers reported the dogs’ health rapidly deteriorated after they were taken home – having been kept in squalid, cramped conditions since birth

‘This was sophisticated offending which you involved others in and was over a substantial period of time. They made just over £300,000.

‘They were driven solely by your greed. The conditions the animals were kept in were appalling, keeping them in crowded cages. Many were in pain and your treatment of them was utterly shameful.’

Speaking on behalf of Titas, his lawyer Stella Massey said: ‘It does not bode well that Mr Titas is not here. I have met Mr Titas before.

‘He did not come to the UK with the intention of finding himself in the position he was when he was arrested. He was working as a mechanic, working 12 hour days. He wasn’t manipulated at court. He was the director of the company, but it was not his idea to set up the company.

‘It was the co defendant who met with the customers and set up the website. He was directed by her when they needed taking to the vets or feeding. He had long term employment as a mechanic.

‘He was working long hours six days a week, he was working towards his level three qualifications in mechanics. He comes from a stable and supportive background.’

A lifetime order under the Animal Welfare Act was placed on them, disqualifying them frown owning or looking after animals.

Speaking after the case, the investigating officer for Trading Standards, Mr Gareth Hollinsworth, said: ‘We received intelligence that animals were being sold illegally at an address in Salford in January 2013.

‘We went to the address and met with the female defendant. She said she was acting as an interpreter for the male defendant but was giving more information that was the male was.

‘We left the address and began receiving more intelligence and complaints which linked back to the address, so we contacted the RSPCA.

‘We found evidence of animals in the property and we arrested them. Now there is a European arrest warrant out for them and it’s out of our hands unfortunately.

‘She is the most calculating and manipulative person I’ve met. People went to her house and she knew she was going to sell them something.

‘People bought an animals thinking they were rescuing them, but they weren’t.

‘We want to send out a message to people who are thinking of buying a pet this Christmas, it’s a choice that you must keep for many years. Don’t click and collect.

‘Please do your research. Make sure the buyer is regulated with the local authority. Make sure you know which animal you are getting. It’s vital for the health and safety of that pet.’