Two business associates of President Donald Trump's personal lawyer, Rudy Giuliani, were arrested and are in custody, a spokesman for the US attorney's office in Manhattan says.

The two men, who helped Giuliani investigate former vice president Joe Biden, were arrested on Wednesday night in Virginia and charged with campaign finance violations, according to a person familiar with the charges. The person spoke on the condition of anonymity to discuss an ongoing investigation. 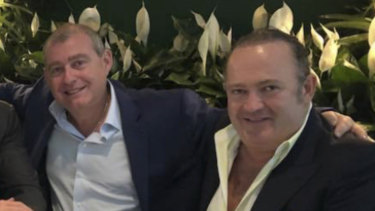 Lev Parnas and Igor Fruman have been under investigation by the US Attorney's office in Manhattan and are expected to appear in federal court in Virginia later on Thursday.

According to the indictment, Parnas, Fruman and other defendants "conspired to circumvent the federal laws against foreign influence by engaging in a scheme to funnel foreign money to candidates for federal and state office so that the defendants could by potential influence with the candidates, campaigns, and the candidates' governments."

An attorney for the two men, John Dowd, did not immediately respond to requests for comment.

Parnas and Fruman have little history of political involvement but emerged suddenly in a circle of elite Trump donors after Parnas gave $US50,000 ($74,000) to support Trump's election in 2016 and a pro-Trump super PAC reported receiving $US325,000 last year from a company the two men incorporated. House committees have asked them to turn over all documents and communications related to the donations and have sought depositions from both men.

Since late 2018, the two Florida-based business executives have been assisting Giuliani's push to get Ukrainian officials to investigate former vice president Joe Biden and his son, as well as Giuliani's claim that Democrats conspired with Ukrainians in the 2016 campaign. They have also been pursuing opportunities in Ukraine for a new liquefied-natural-gas venture. 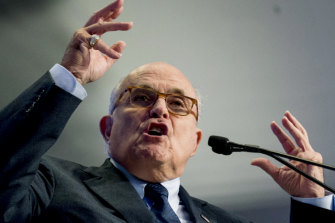 The two arrested men have been assisting a push by Rudy Giuliani, pictured, to get Ukrainian officials to investigate Joe Biden and his son.Credit:AP

Parnas, a 47-year-old former stockbroker who was born in Ukraine, has told The Washington Post that Giuliani is an attorney for the two men but declined to say what services he is providing them.

Parnas said he and Fruman helped set up a Skype call for Giuliani in late 2018 with Viktor Shokin, the ousted prosecutor general, and an in-person meeting in New York in January 2019 with Yuri Lutsenko, then Ukraine's prosecutor general.

Parnas made his first large political contribution in 2016, when he gave $US50,000 to Trump Victory, a joint fundraising committee for the Republican National Committee, the Trump campaign and GOP state parties, campaign finance records show.

Parnas told The Post that he decided to get involved politically because he was a passionate supporter of Trump's candidacy after growing up in New York and selling Trump condos in the city when Trump's late father, Fred, was still running the Trump Organisation. 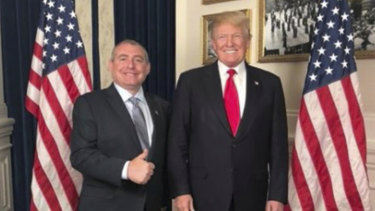 In May 2018, about six months before the men began working with Giuliani on his Biden investigation, a Florida business established by Parnas received a $US1.26 million wire transfer from an account whose owner was represented by a real estate lawyer who specialises in assisting foreign buyers of US property, court documents and corporate filings show.

Last year, the nonprofit Campaign Legal Centre filed a still-pending complaint with the Federal Election Commission over the donation, alleging that it appeared to be a straw donation that masked the identity of the original contributor.

Parnas told the Miami Herald last week that the money for the super PAC donation was from proceeds from the sale of a Miami-area condominium. Kelly Sadler, a spokeswoman for the super PAC, has declined to comment on "ongoing legal matters."

"I can tell you that we scrupulously adhere to all laws and regulations," she said.

The real estate lawyer involved in the transfer, Russell Jacobs, did not respond to requests for comment.