The men, aged 26 and 29 from Lincoln, remain in police custody on suspicion of assault after footage emerged of the late-night attack in Hull, East Yorks. 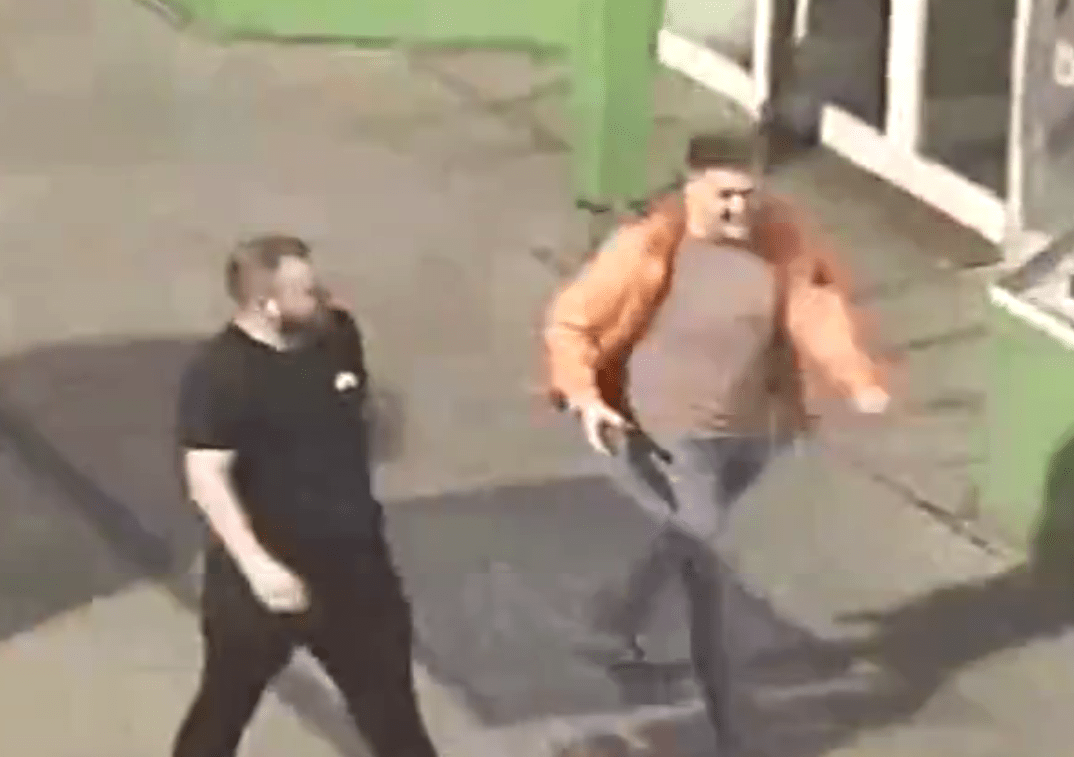 Humberside Police released CCTV of the disgusting incident which happened in in the Whitefriargate area of the city around 12.30am on Friday, November 30.

In the footage, the man in the black T-shirt is being goaded by his friends to take a running dropkick to the tent.

The despicable yob then grins at his pals who watch on, laughing and filming the sickening attack.

Fortunately, the two men who were in the tent shown in the footage were unhurt and have been since taken in by UK homeless charity Emmaus. 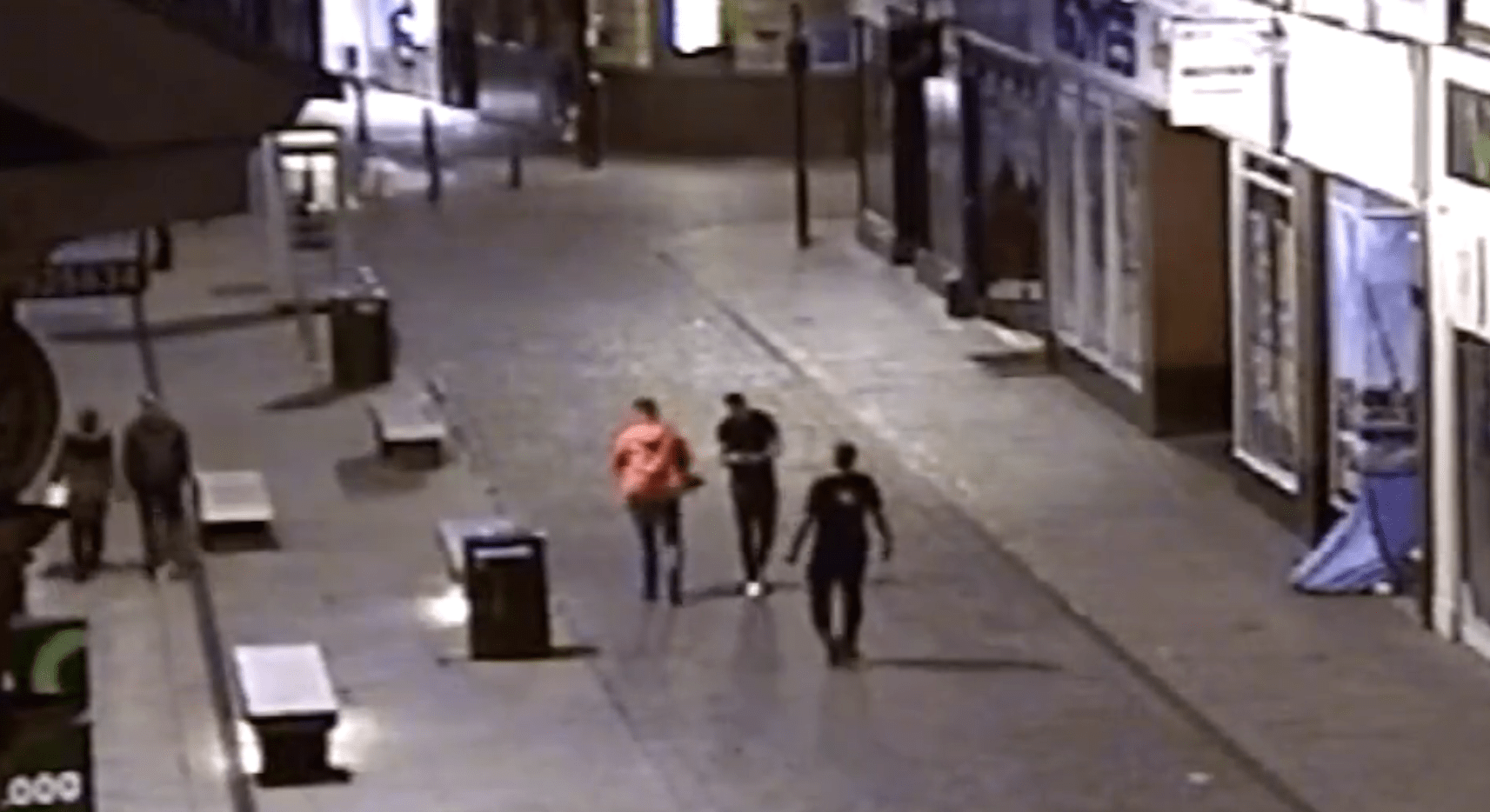 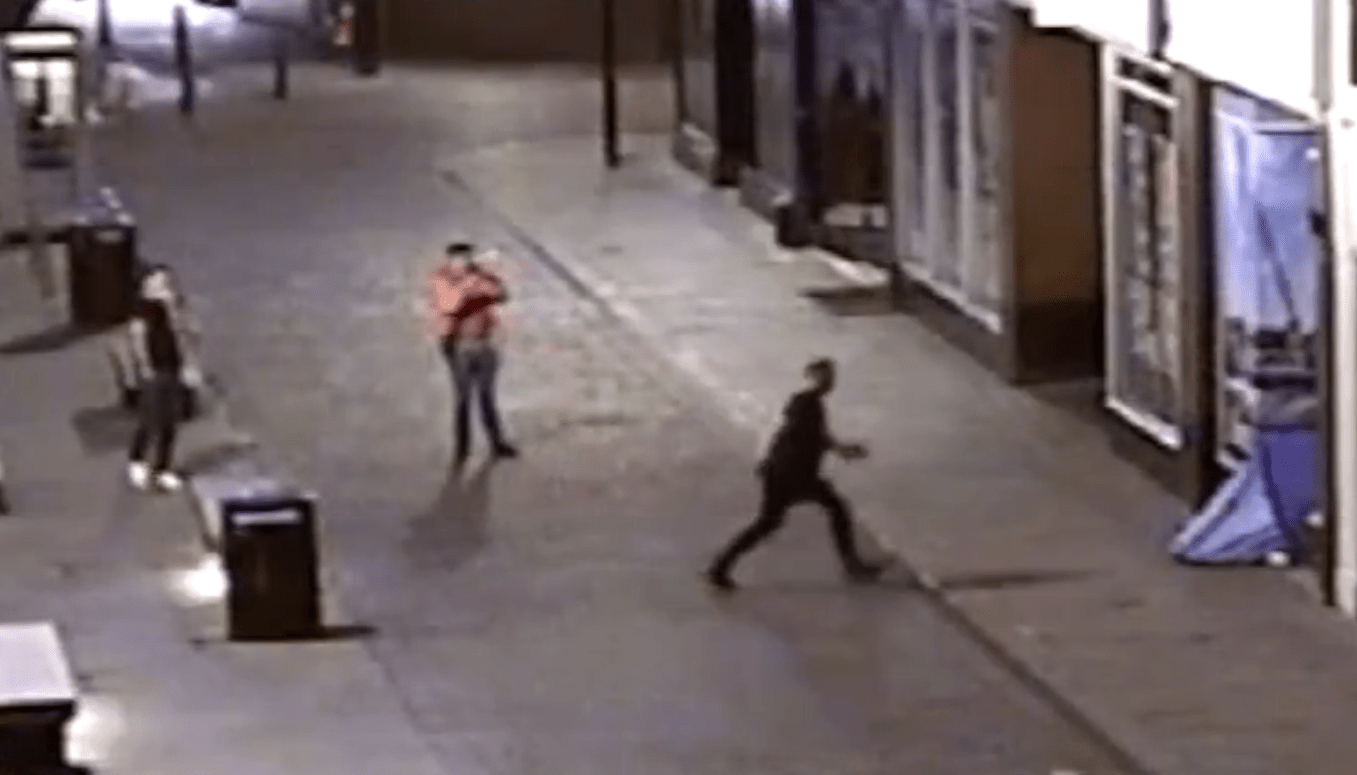 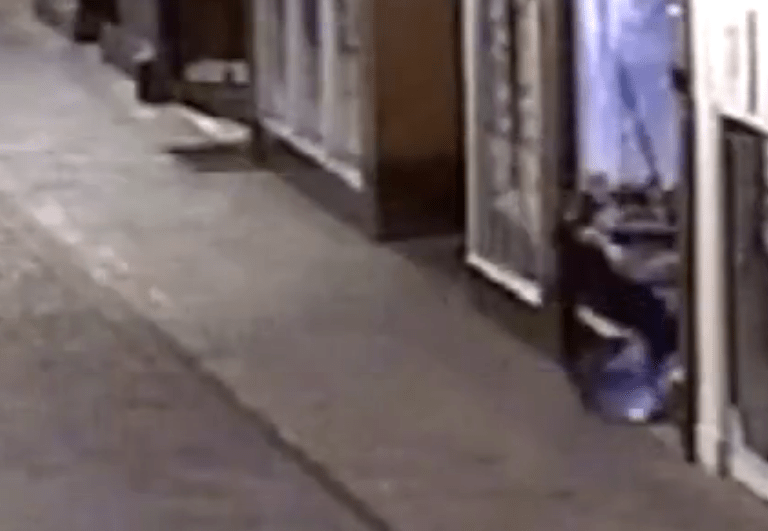 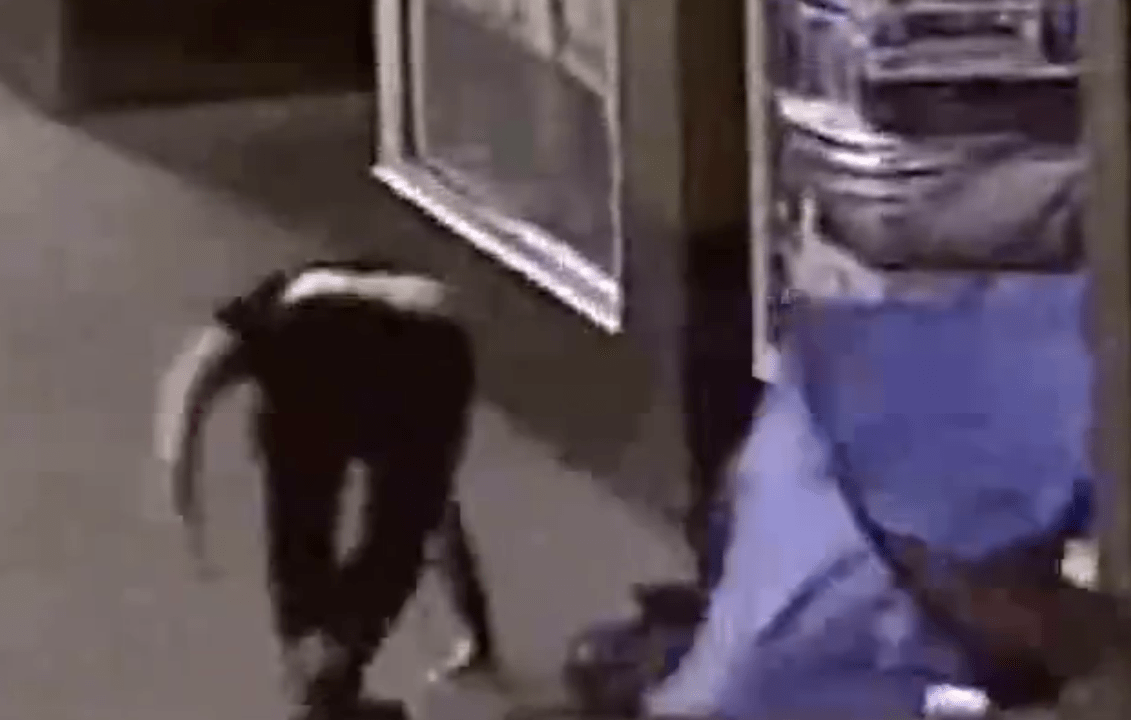 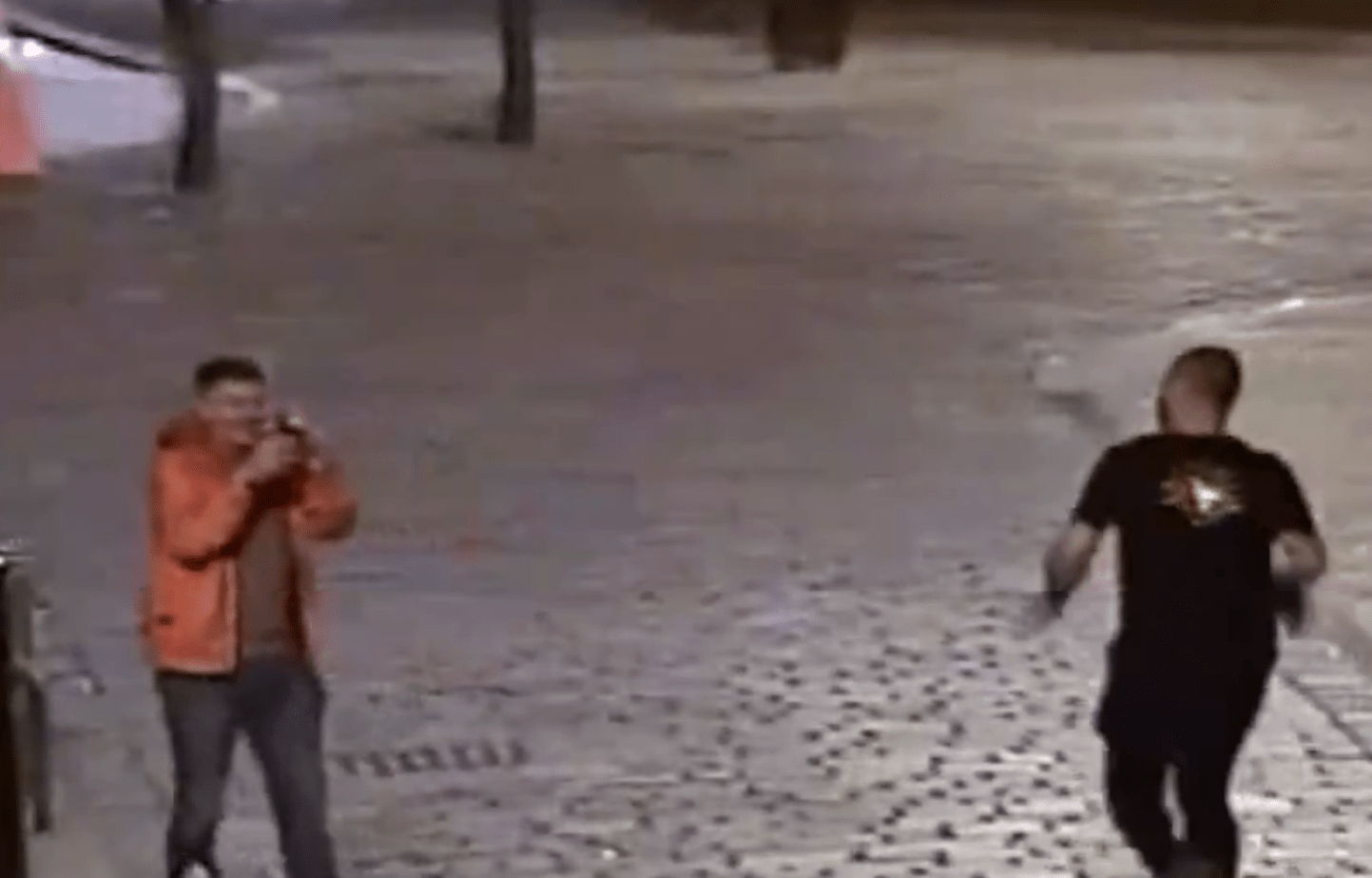 Detective Chief Inspector Matthew Peach said: "Firstly I would like to thank everyone who has been in touch with information about the incident following our appeal yesterday.

"With your help, we have been able to quickly identify two men suspected of being involved in the incident and bring them into custody.

"We’re also continuing to work with and support the victims of the assault, who have now been found more permanent accommodation.

"We now want to trace the third man seen in the CCTV and would appeal for anyone who knows who he is – or the man himself – to come forward."