ANKARA (Reuters) – A Turkish appeals court upheld a ruling to jail journalists and executives from the opposition newspaper Cumhuriyet, the paper said on Tuesday, adding that its employees will be sent back to prison to serve the remainder of their sentences. 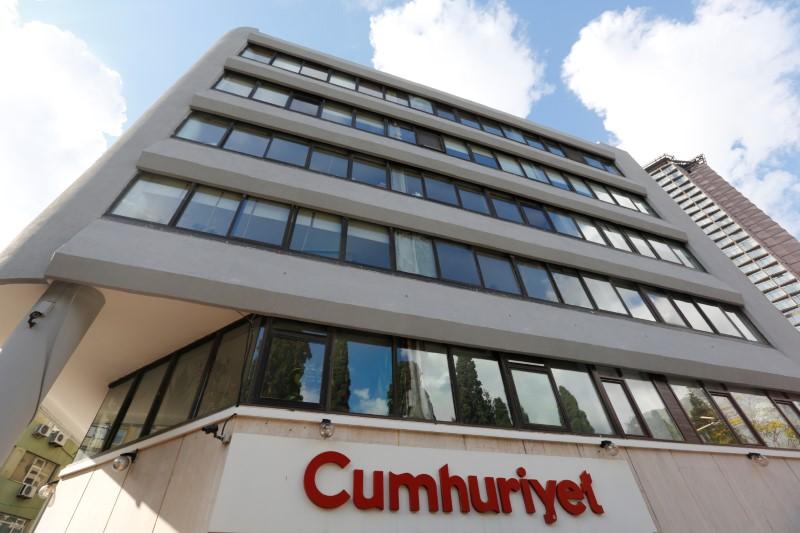 A court last year sentenced 14 staff of Cumhuriyet – one of the few remaining voices critical of the government – to jail on charges of terrorism and supporting a U.S.-based cleric blamed for organizing an attempted coup in July, 2016.

Cumhuriyet said that an appeals court had found the trial lawful and approved the convictions against its staff. The court’s decision finalises prison sentences under five years and the rest will now go to a higher court.

Journalists Hakan Kara and Guray Oz, cartoonist Musa Kart, lawyer Mustafa Kemal Gungor, board member Onder Celik, and accountant Emre Iper will be sent back to prison to complete their sentences, all of which are less than five years, Cumhuriyet said. Journalist Kadri Gursel and lawyer Bulent Utku will not go back to prison due to time already served.

The staff of Cumhuriyet were charged with supporting the network of Fethullah Gulen, the Muslim cleric Ankara holds responsible for the failed 2016 coup attempt. They have denied the charges.

Since the failed coup, more than 77,000 people have been jailed pending trial, while about 150,000 civil servants and military personnel have been sacked or suspended from their jobs. Widespread operations and arrests are still routine.

Turkish authorities on Tuesday carried out three separate operations against alleged followers of Gulen’s network across the country, ordering the arrests of 311 people.

Authorities ordered the arrests of 53 military personnel from the army, air force and navy, the Istanbul prosecutor’s office said in a statement. The state-run Anadolu news agency said three other operations were underway the coastal province of Izmir and Ankara.