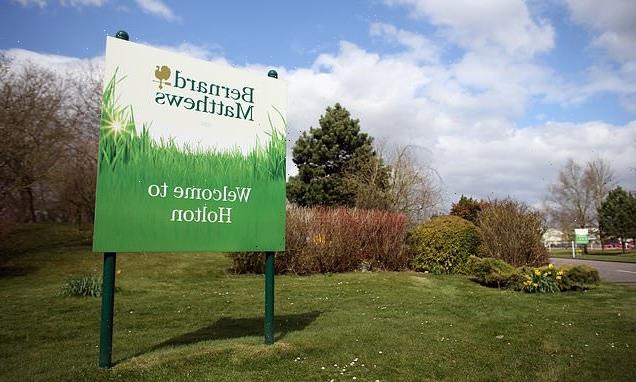 Turkey giant Bernard Matthews is fined £300,000 after worker was left paralysed when he was sucked into a production line machine in the firm’s Suffolk plant

Turkey giant Bernard Matthews has been fined £300,000 after a worker at the firm’s Suffolk plant was sucked into a machine, leaving him paralysed.

Colin Frewin suffered horrific injuries at the firm’s Suffolk plant on January 2020 when trying to dislodge a turkey stuck at the bottom of a machine.

The 54-year-old was tasked with cleaning a large screw conveyor used to move turkeys along and chill them, but he spotted a lone turkey stuck at the bottom. When trying to dislodge it using a squeegee, he was such into the machine.

It was only when a colleague noticed he was missing and heard his shouts for help that the emergency stop was pulled.

A Health and Safety Executive (HSE) investigation found an unsafe system of work at the firm, which is set to supply millions across Britain with their Christmas turkeys, meant the chillers continued to run as Mr Frewin when to dislodge the blockage. 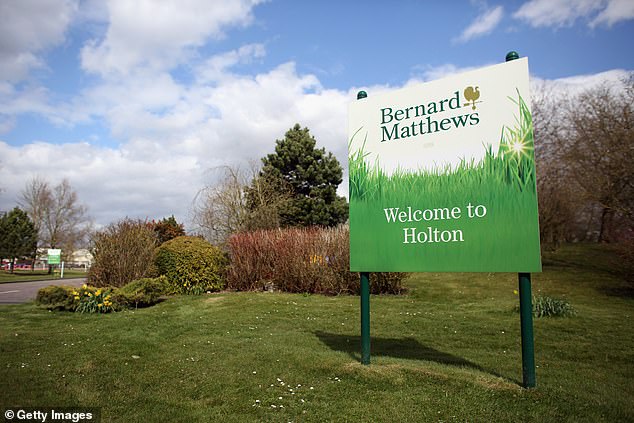 The firm admitted a breach of the health and safety at work regulations and was fined £300,000

The firm admitted a breach of the health and safety at work regulations and was fined £300,000.

Mr Frewin spent six months in hospital after the incident, three of which were spent in an induced coma, and has been left permanently paralysed.

In a victim impact statement, Mr Frewin told Chelmsford Crown Court:  ‘I will never walk again and so I will be in a wheelchair permanently.

‘I now have a suprapubic catheter, which was inserted via an operation. The district nurse has to give me bowel care every day and visits me daily at home.

‘I also suffer from AD – a condition which is life threatening, as my body doesn’t register if I’m ill.

‘I have moved from my flat overlooking the sea, to a bungalow. I miss seeing the sea and being close to the seafront and all the amenities. I feel isolated as I cannot go out when I want as I need people to assist me.’

‘I can’t socialise with my friends and family as much as I used to, as I can’t fit my wheelchair into their homes.

‘Physical relationships are very hard as I can’t get out much. The accident has affected my life and my family’s lives.’

Just five months earlier, on August 12 2019, a turkey deboning line had to be shut down at the same plant after developing a fault, which resulted in employees being moved to a surplus production line. 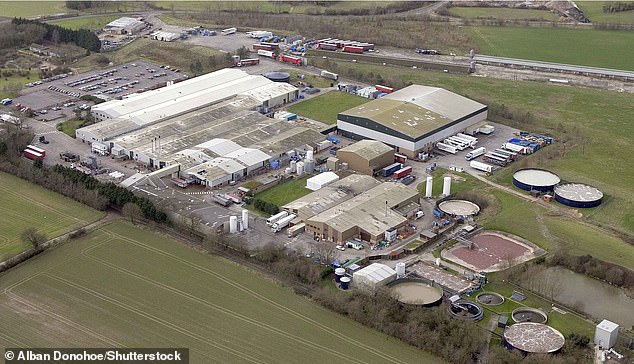 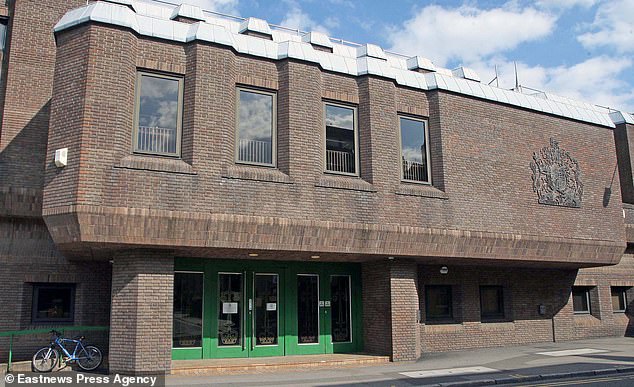 While working on the surplus production line, one of the wings became stuck in the belt under the machine.

Employee Adriano Gama attempted to push it out of the way but his gloved hand became caught in the exposed sprocket of the conveyer as he did and was drawn into the machine.

The 34-year-old was eventually released and suffered a broken arm and damage to the muscles in his forearm as a result.

An investigation by the HSE found that pre-start checks that day were only completed on the production lines. This meant that workers on the surplus deboning line had no system in place to ensure it was checked prior to being put into operation.

Two safety guards had been removed and a team leader had reported the issue to the engineering team, but it was not followed up.

Bernard Matthews Food Ltd of Sparrowhawk Road, Halesworth in Suffolk pleaded guilty to breaching section 2(1) of the Health and Safety at Work etc Act 1974 in Mr Gama’s case and the firm was fined £100,000.

HSE Principal Inspector Adam Hills said: ‘Both incidents could have been avoided – the consequences were devastating for Mr Frewin in particular.

‘If Bernard Matthews had acted to identify and manage the risks involved and put a safe system of work in place they could have easily been prevented. 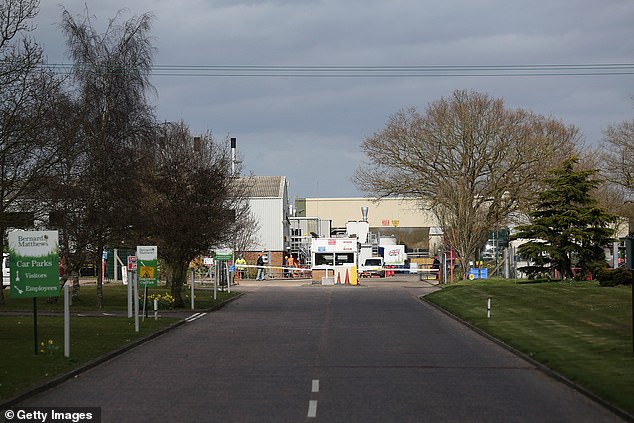 ‘Fundamentally, you should not clean a machine while it is running.

‘Companies need to ensure that risk assessments cover activities including cleaning and blockages, and that where appropriate, robust isolation and lock off mechanisms are in place for these activities.

‘Prior to use you can put in place some pre-start checks and if faults such as missing guards are identified they need to be formally reported, tracked, rectified and closed out.’

The firm supplies around seven million turkeys a year and was built by the son of a car mechanic Bernard Matthews. He was just 18 when he saw 20 turkey eggs for sale, which he bought for a shilling each, and then purchased a paraffin oil incubator.

In the 1950s, he purchased Great Witchingham Hall in Norfolk for £3,000 and filled its 35 rooms with turkeys.

While he and his wife lived in two unheated rooms, turkeys were hatched in the dining room, reared in the bedrooms and slaughtered in the kitchens, and eventually led to a well-known company and brand.

At the time of his death in 2010, Mr Matthews had  amassed a personal fortune estimated at over £300 million.