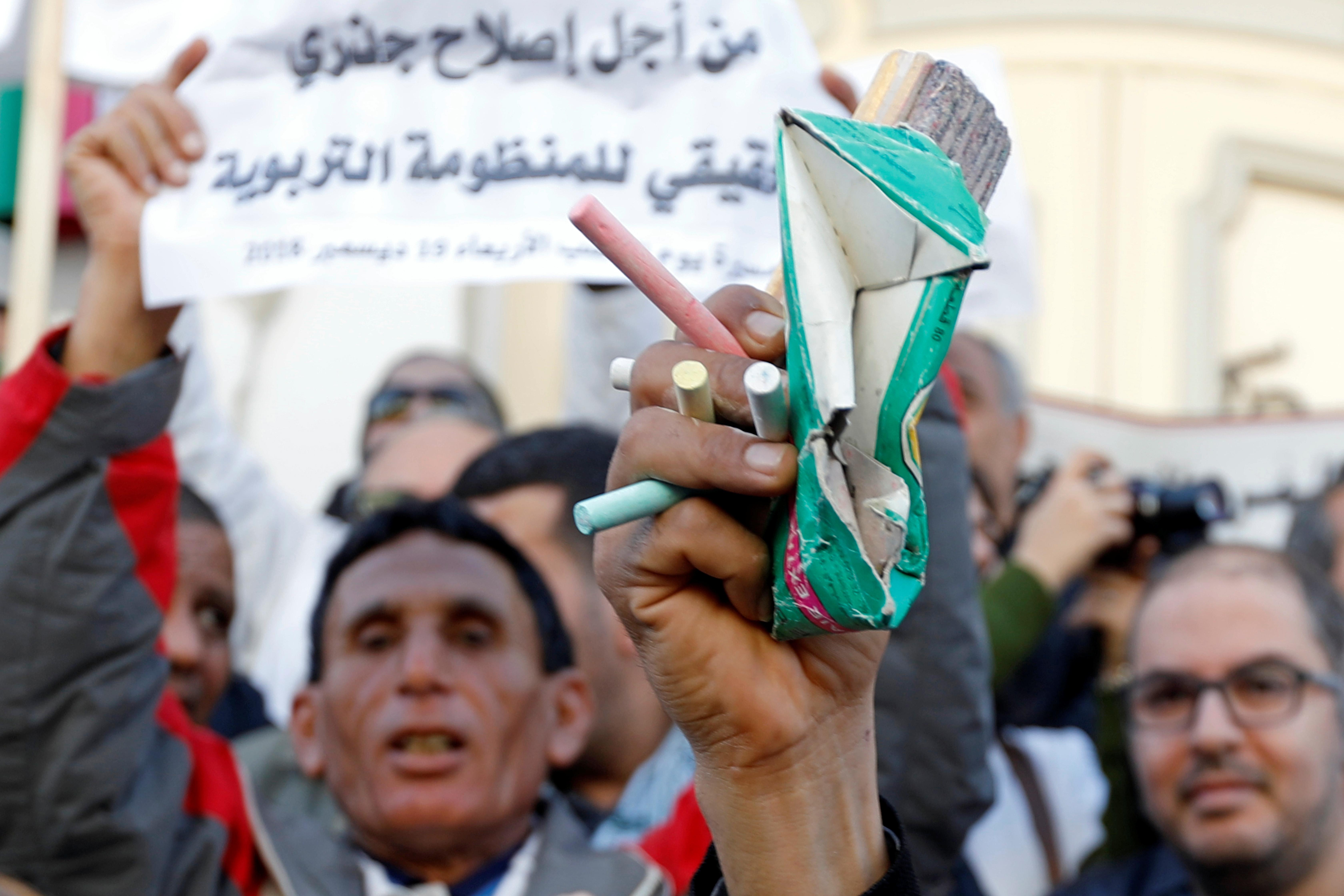 TUNIS (Reuters) – Thousands of high school teachers took to the streets of Tunis on Wednesday to demand better pay and conditions, at a time when the government is under pressure from international donors to cut spending.

The teachers, from different provinces of Tunisia, gathered in front of the education ministry before marching towards the central Habib Bourguiba avenue, chanting “no to the humiliation of teachers” and “the people want fiscal justice”.

They called for the resignation of education minister Hatem Ben Salem, whom they blamed for stalled negotiations.

“We want to improve teachers’ living conditions following the rise in prices … as well as the improvement of educational institutions and working conditions,” said Farah, from Kasserine, more than 100 miles (160 km) to the southwest.

Tunisia has been in turmoil since autocrat Zine al-Abidine Ben Ali was toppled in 2011 in the first “Arab Spring” uprising, sparked by anger at unemployment and poverty.

The North African country struck a deal in 2016 with the International Monetary Fund on a loan programme worth around $2.8 billion that required steps to cut chronic deficits and trim bloated public services, but progress has been slow.

Parliament recently rejected a draft law to raise the retirement age from 60 to 62.

“We started negotiations six months ago and made efforts and concessions to ensure their success but the government is foot-dragging in dealing with teachers,” said Al Assad El Yaqoubi, secretary general of the high school teachers’ union, in a speech at the protest.