A Pennsylvania bakery that has successfully predicted the lasts three presidential elections with its cookie poll has revealed its final tally in their Trump-Biden contest ahead of Election Day.

The results as of Sunday afternoon, while not the official tally, were the final numbers released by Lochel’s Bakery of Hatboro, Penn. before Americans find out who has won the actual presidential election.

“We had one guy drive twice from Staten Island for them,” bakery owner Kathleen Lochel said in an interview with Fox News.

Lochel says her political cookies, which she also sold during the 2008, 2012 and 2016 presidential elections, are each counted as a vote when they are sold.

Her bakery maintains a tally of the number of cookies sold for each candidate, adds them up and reveals the final number after the election has been called.

This year, she offered updates on the tally as they counted, which saw a surge after President Trump’s son, Eric Trump, became aware of the bakery’s contest.

The younger Trump traveled to Hatboro to meet Lochel and place his own order of Trump cookies.

Lochel wasn’t there, but her husband was, she told Patch. He gave Trump a tour of the bakery during his surprise visit.

“He just showed up to buy cookies unannounced. He was most respectful and we welcome everyone regardless of political affiliation,” she told the outlet.

Asked by Fox News Monday morning when the final cookie tally would be revealed, Lochel said, “We plan on tallying them up tomorrow night, to do our final tally. But right now, Donald Trump is still in the lead… we’ve sold about 28,000 [Trump] cookies to 5,000 [of Biden’s].” 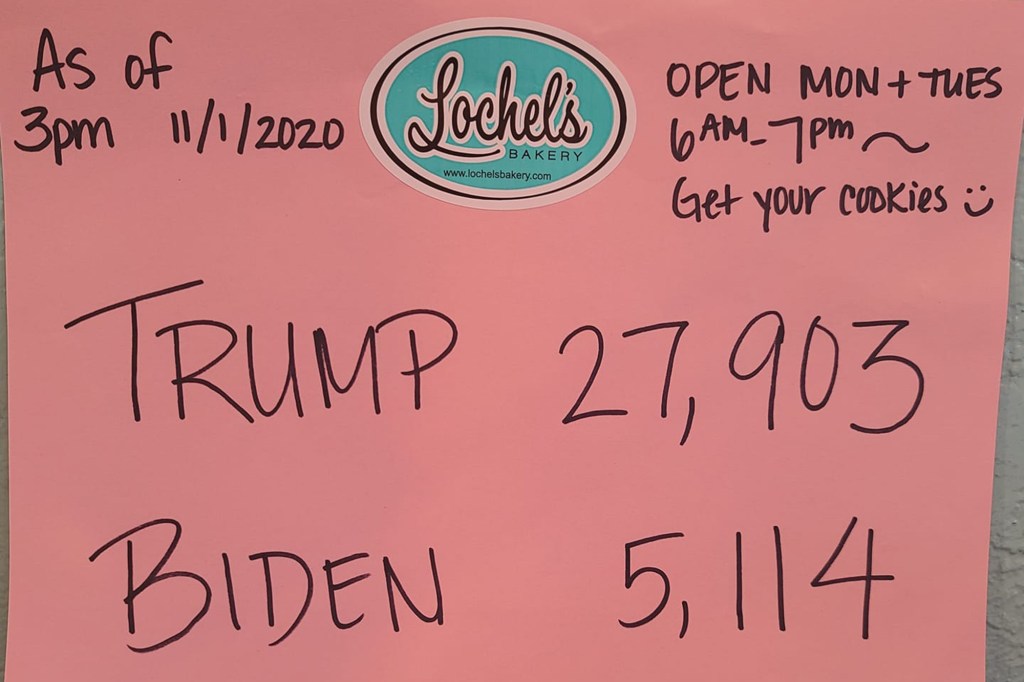 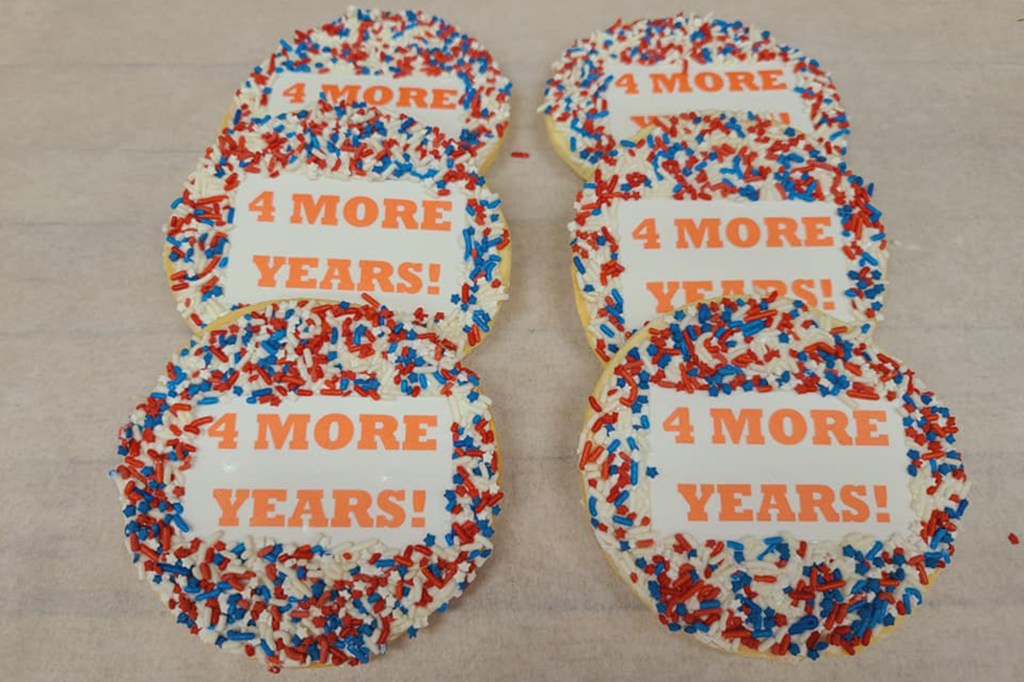 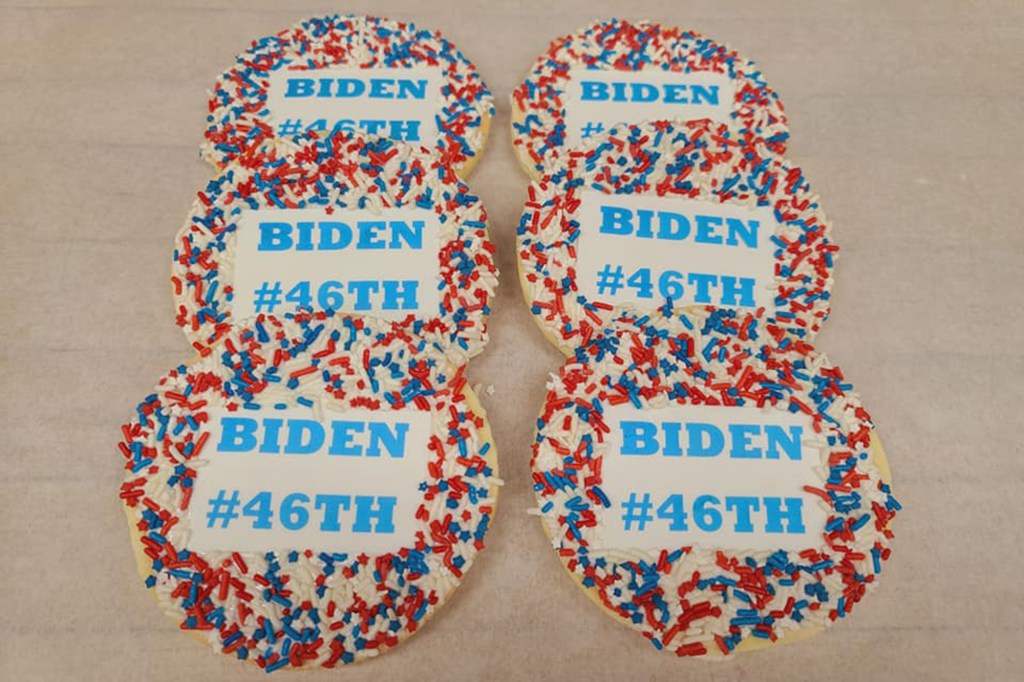 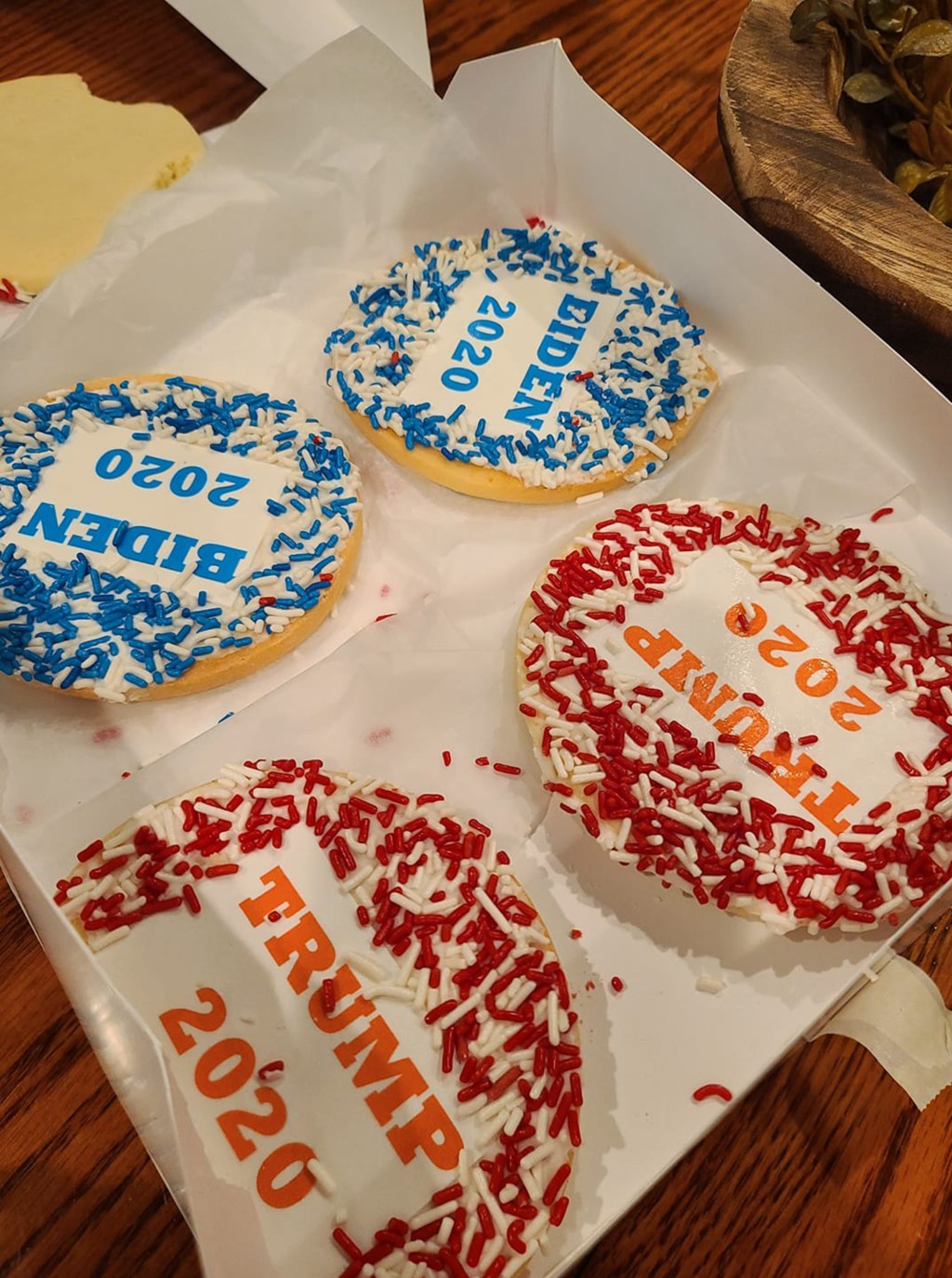