MIAMI (Reuters) – U.S. President Donald Trump on Monday warned members of Venezuela’s military who remain loyal to socialist President Nicolas Maduro that they are risking their future and their lives and urged them to allow humanitarian aid into the country.

Speaking to a cheering crowd mostly of Venezuelan and Cuban immigrants in Miami, Trump said if the Venezuelan military continues supporting Maduro, “you will find no safe harbor, no easy exit and no way out. You’ll lose everything.”

Trump offered strong backing for Venezuelan opposition leader Juan Guaido, whom the United States, many of Venezuela’s neighbors and most Western countries have recognized as interim president of Venezuela.

But Maduro, who won a second term last year in an election that critics denounced as a sham, retains the backing of Russia and China and control of Venezuelan state institutions, including the security services.

Trump cautioned Venezuelan armed forces not to harm Guaido or other opposition politicians, urged them to accept the National Assembly leader’s offer of amnesty and demanded that they allow in food, medicine and other supplies.

The United States has sent tons of aid that is being stockpiled on Colombia’s border with Venezuela, but Maduro has refused to let it in.

Guaido, who invoked constitutional provisions to declare himself the country’s leader last month, has said that aid will enter Venezuela from neighboring countries by land and sea on Saturday.

If the opposition does not manage to bring it in then, it will try on following days, he said on Monday.

Maduro calls the aid a U.S.-orchestrated show and denies any crisis despite many Venezuelans’ scant access to food and medicine.

“We seek a peaceful transition of power but all options are open,” Trump said. It was a further hint of Trump’s repeated insistence that military options remain on the table, though most Latin America experts believe such action is unlikely.The United States has had direct communications with members of Venezuela’s military urging them to abandon Maduro, a senior White House official told Reuters this month. Trump’s aides have openly predicted more defections.

But so far few military officers have turned against Maduro. 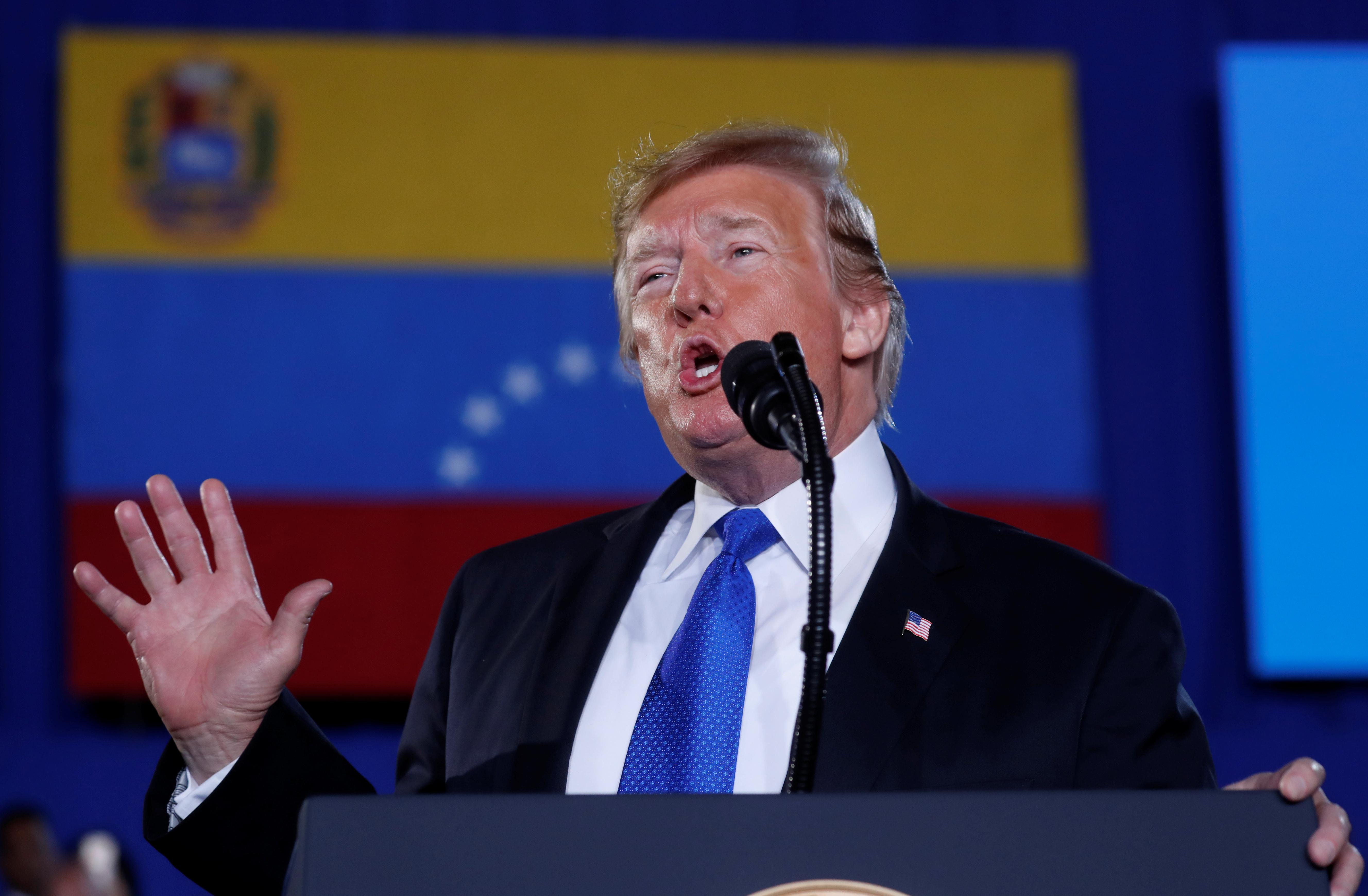 A source in Washington close to the opposition expressed doubts whether the Trump administration has laid enough groundwork to spur a wider mutiny in the ranks, where many officers are suspected of benefiting from corruption and drug trafficking.

Trump used his speech at Florida International University to deliver a full-throated condemnation of socialism, saying it was “dying” across the Western Hemisphere, and branded Maduro a “puppet” of communist-ruled Cuba.

Trump wants to boost support among Florida’s Hispanic voters as he looks ahead to his re-election campaign in 2020, when Florida is again expected to be an important swing state.