WEST PALM BEACH, Fla. (Reuters) – U.S. President Donald Trump will say in a speech on Monday that Venezuela’s military officials should “work toward democracy” or risk losing everything they have. 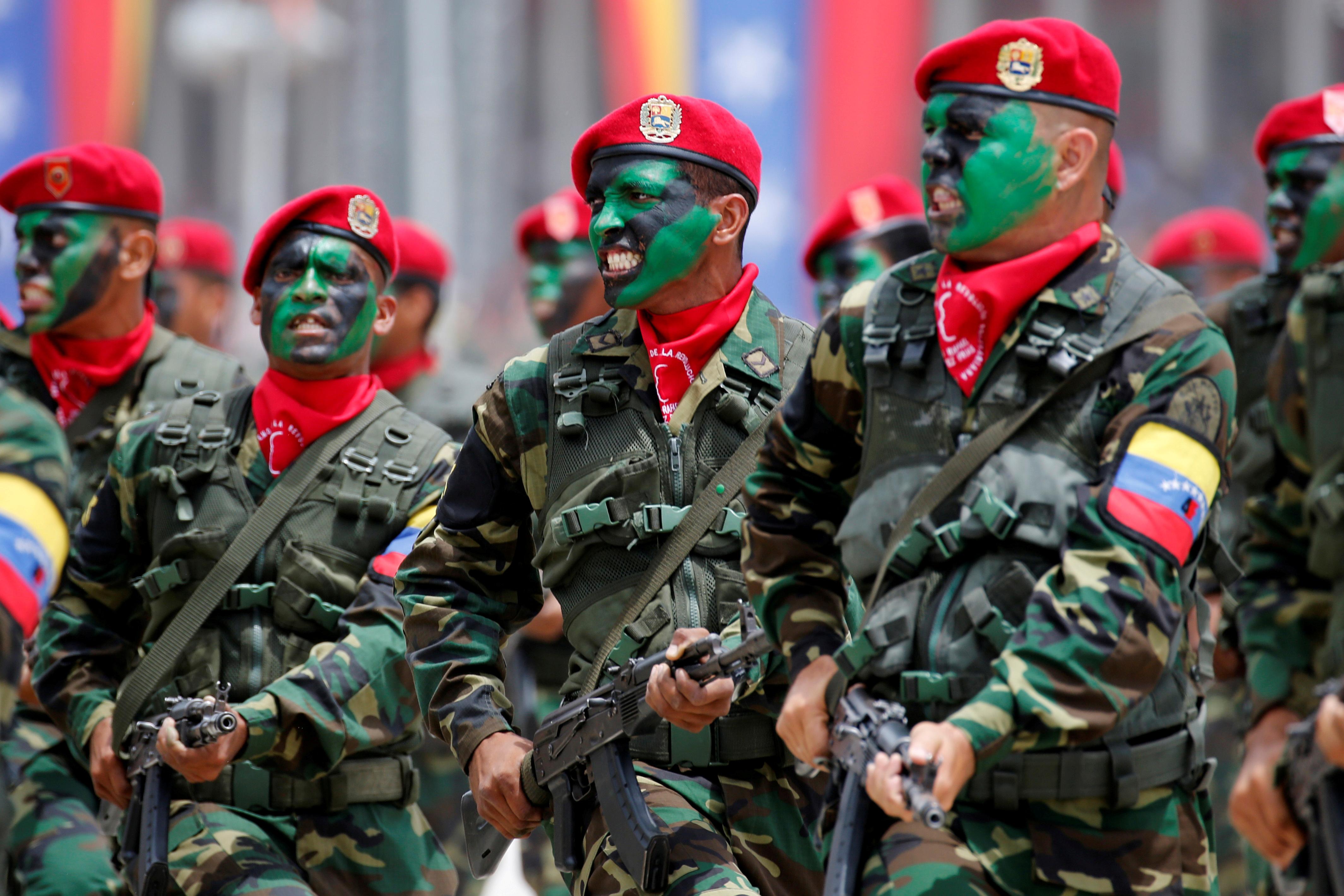 “The United States knows where military officials and their families have money hidden throughout the world,” the White House said in describing what Trump planned to say.

The White House issued points from a speech Trump was to deliver in the Miami area later in the day, saying the president will say the Venezuelan military should let humanitarian aid into the country.

Trump will offer strong support for National Assembly President Juan Guaido, who the United States views as the legitimate president of Venezuela, in the speech at Florida International University.

The White House said Trump will say the current path toward democracy is irreversible in Venezuela and that “Venezuelan military officials have a clear choice – work toward democracy for their future and the future of their families, or they will lose everything they have.”

Venezuelan President Nicolas Maduro, who the United States wants to give up power, has been refusing to let in humanitarian aid that has been piling up in the Colombian border city of Cucuta.

Guaido has said he will announce details on Monday of how he plans to get the aid into the country from Colombia, Brazil and Curacao, despite Maduro’s opposition.

“The military and security forces should listen to President Guaido and allow humanitarian aid into Venezuela,” the White House said in describing what Trump will say.

Trump will also say Venezuela should not be “a puppet state” of Cuba and that a peaceful transition to democracy in Venezuela will help promote democracy in Nicaragua and Cuba.

Most Western countries, including the United States, have recognized Guaido as Venezuela’s legitimate head of state, but Maduro’s socialist government retains the backing of Russia and China, as well as control of state institutions including the military.

Trump, who wants to boost support among Florida’s Hispanic voters as he looks ahead to his re-election campaign in 2020, was also expected to stress what he considers the “dangers of socialism” in his speech.