A TRUMP supporter and a Black Lives Matter protester brawled in Kenosha shortly after the president payed a visit to the violence-plagued city.

Just hours after President Donald Trump witnessed first hand the riot-induced "destruction" in Kenosha, Wisconsin – which was prompted by the shooting of Jacob Blake – the fight erupted in Civic Central Park. 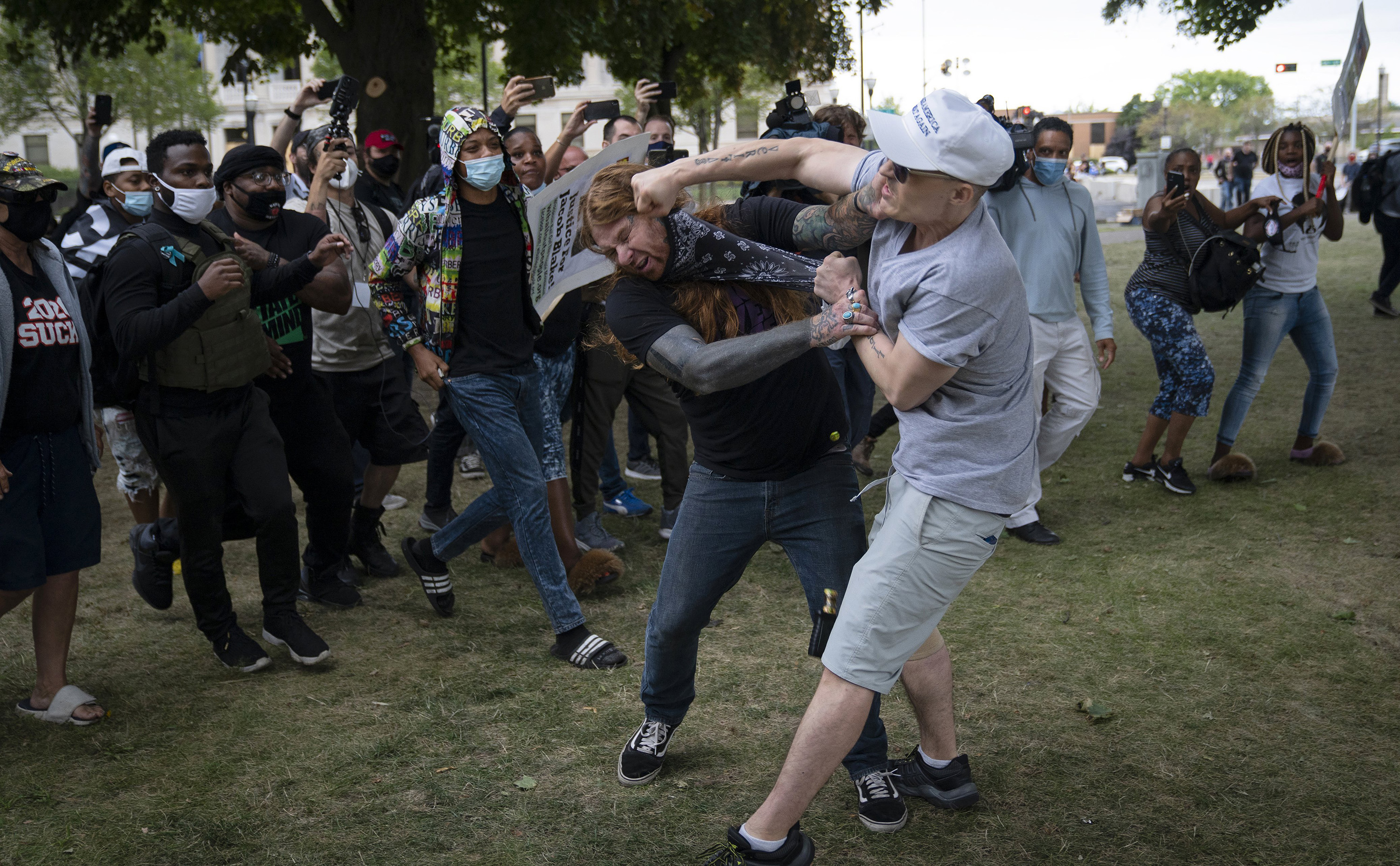 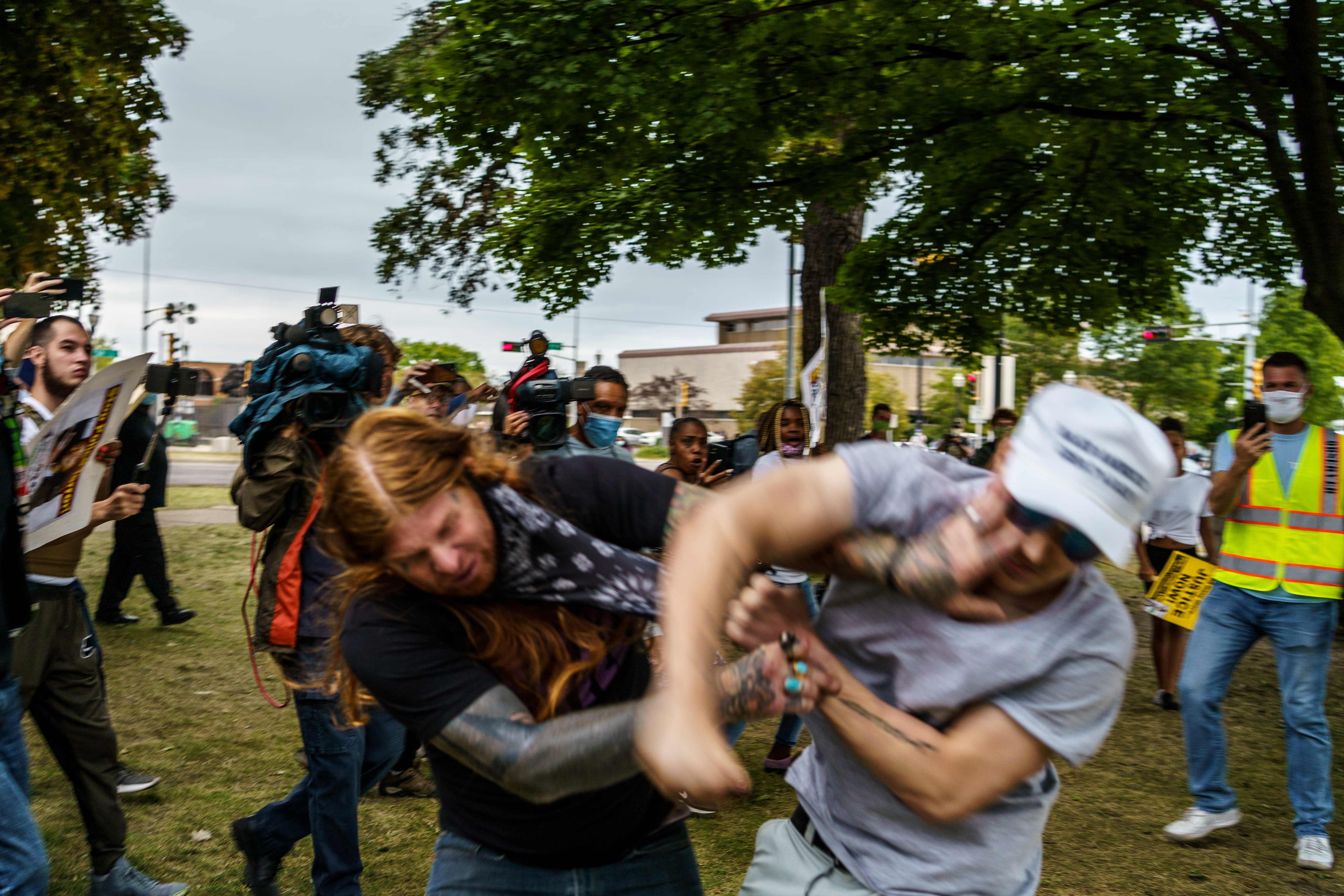 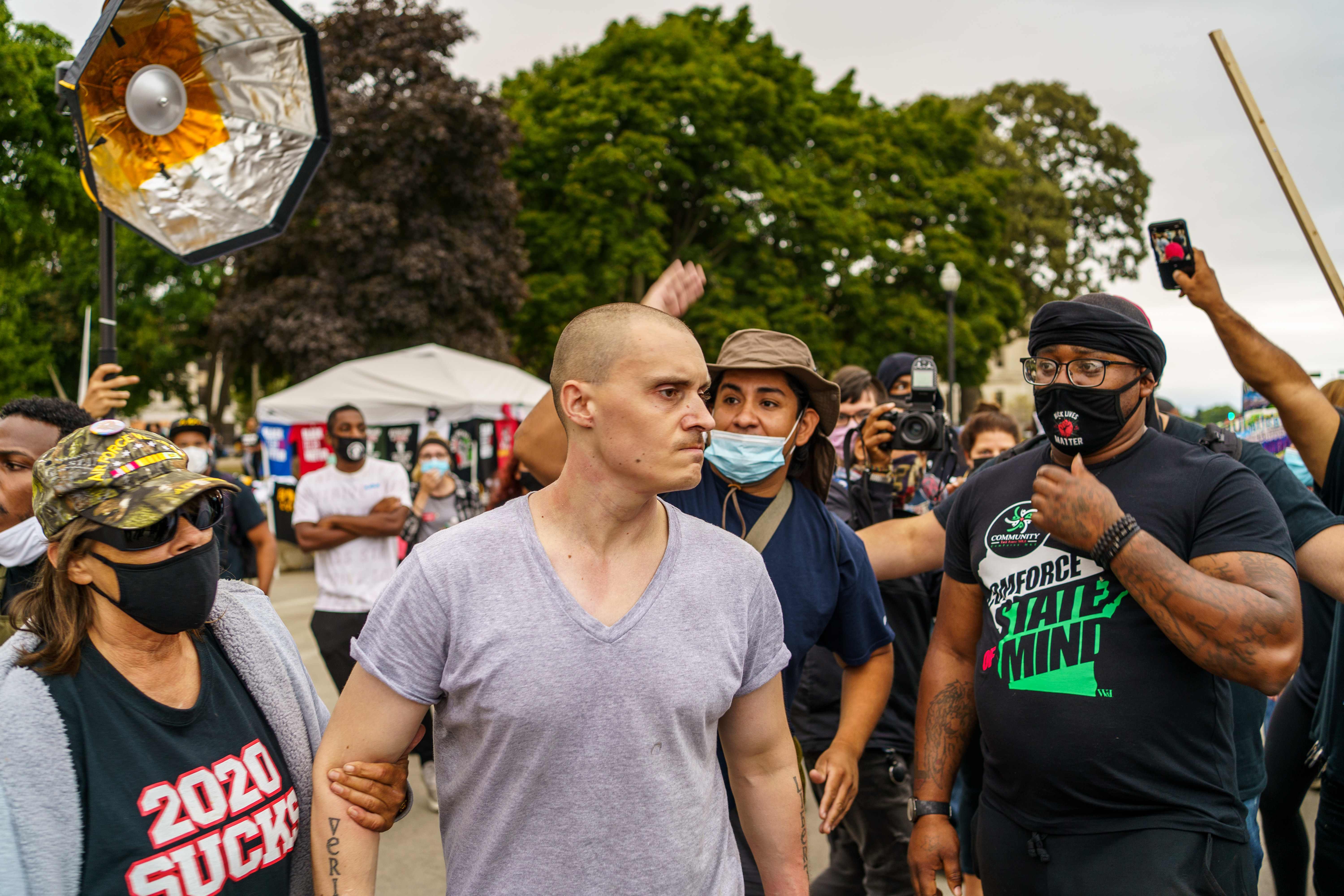 Trump supporters and BLM protesters had been set up in the downtown Kenosha park before the president's arrival.

It reportedly began when a former US Marine and Trump supporter named David – who was wearing a Make America Great Again hat – was pushed by a BLM protester, the DailyMail reports.

The shove led to a fight between David and a crowd of BLM supporters who urged him to "get the f**k out of the park" across from the county courthouse, the news outlet explains.

The Trump supporter left the fight with bruises and cuts on his face, along with a swollen eye.

David told the Daily Mail how he was leading chants throughout the day before getting into an argument with BLM supporters – which he dubbed "the true criminals" of America. 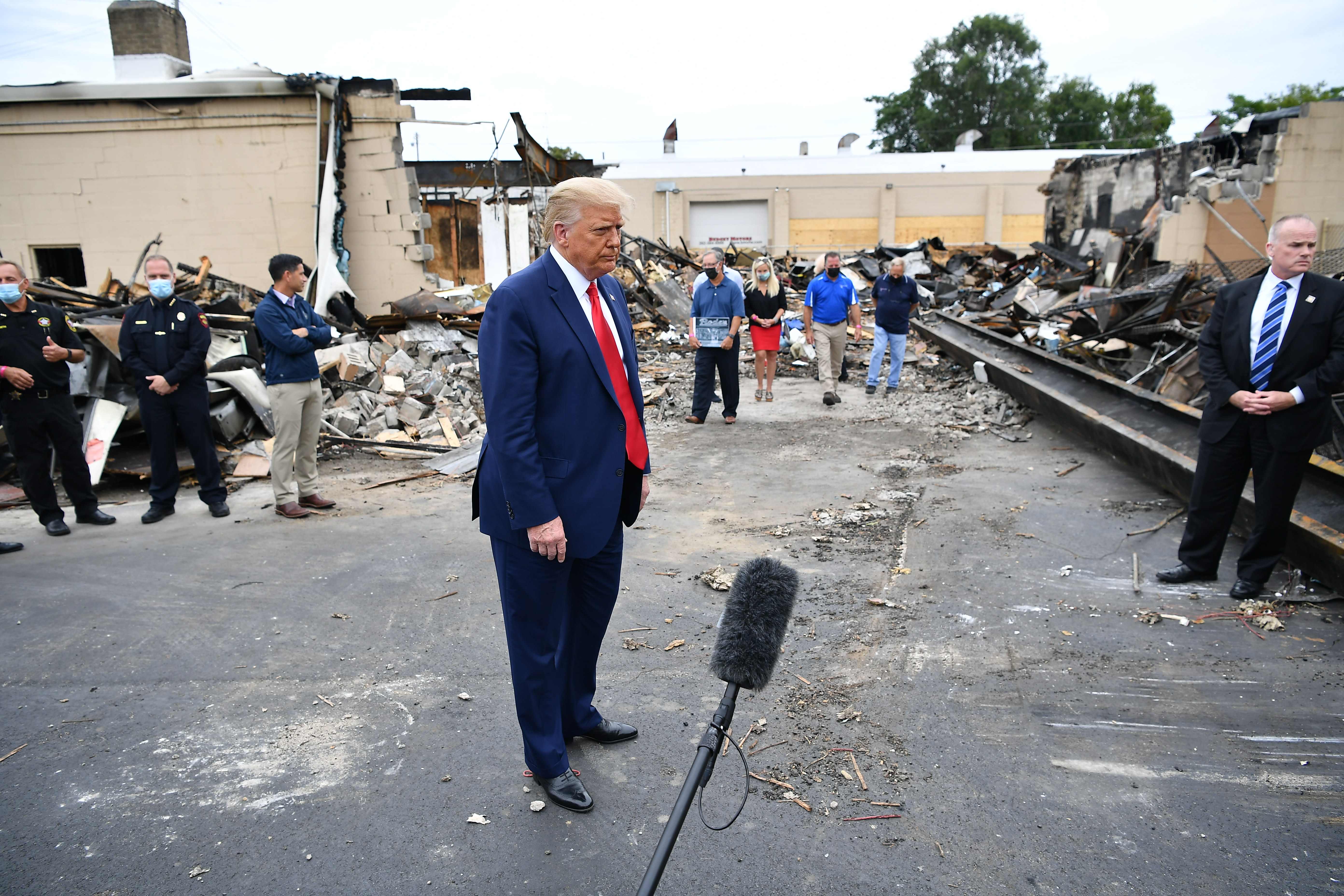 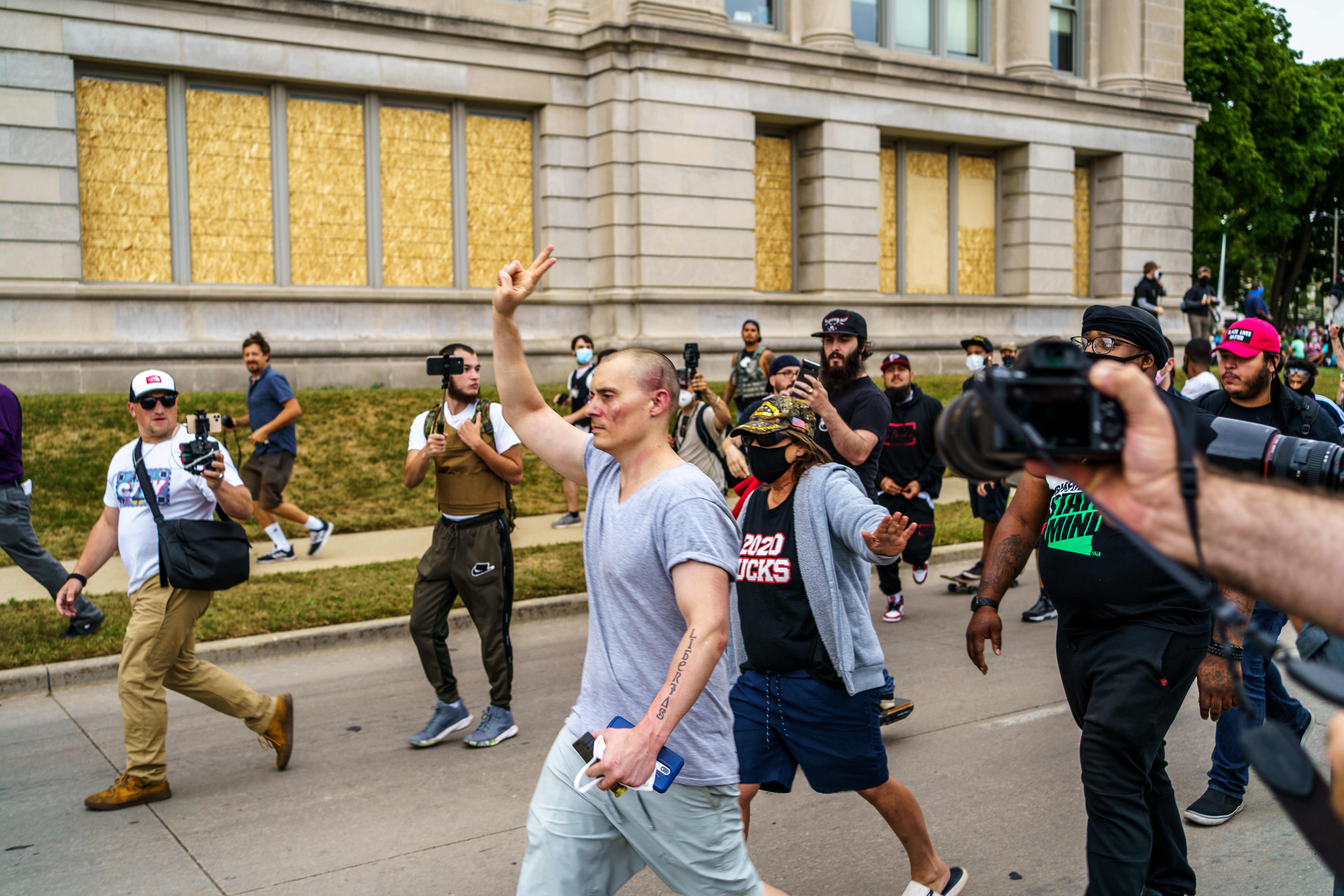 Video and photos of the brawl were taken at the fight as news crews were already in the area.

David struck back with his fist after getting shoved by a BLM protester.

He was then knocked in face, taken down, and kicked.

At one point, the Trump supporter's MAGA hat fell off and was later lit on fire. 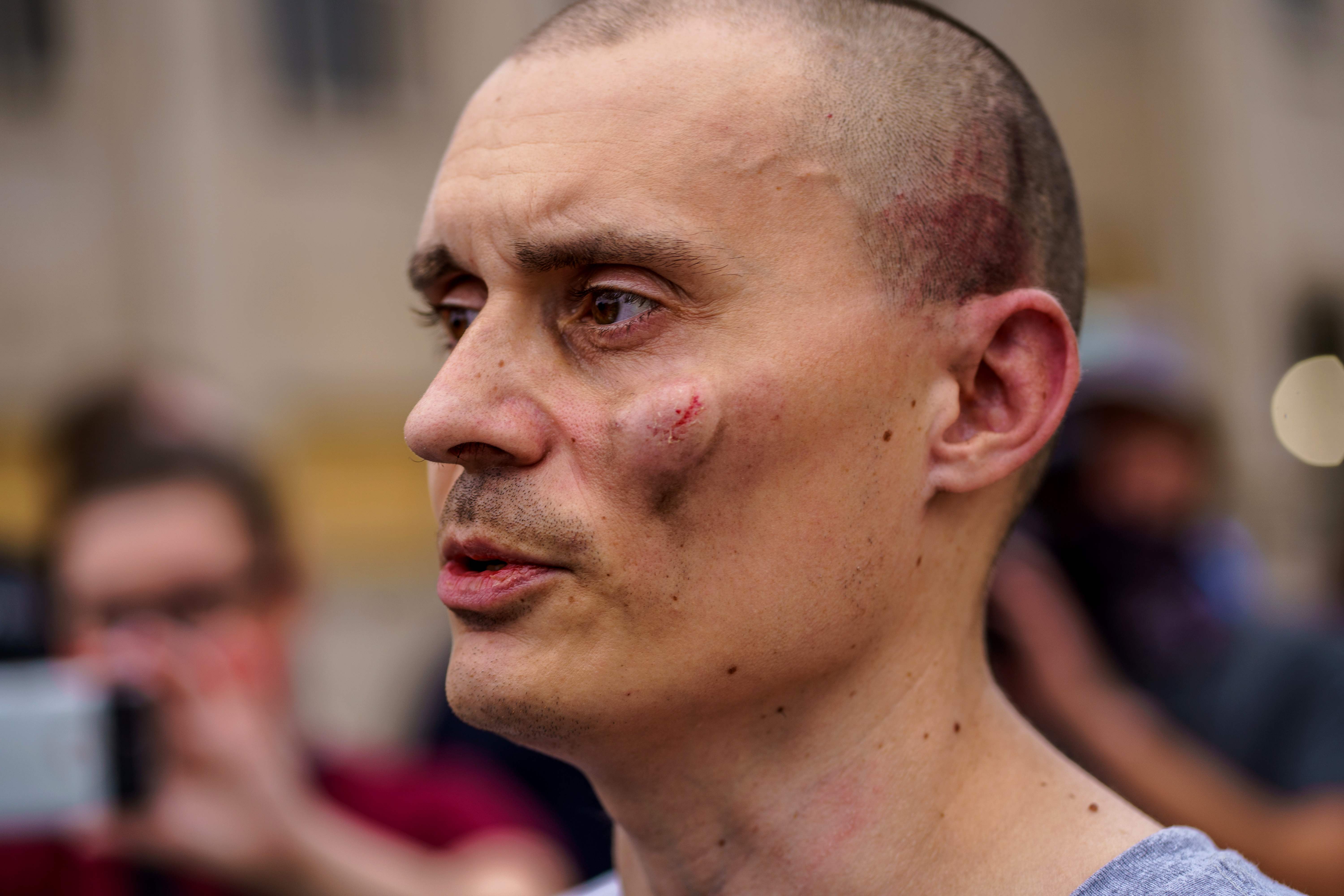 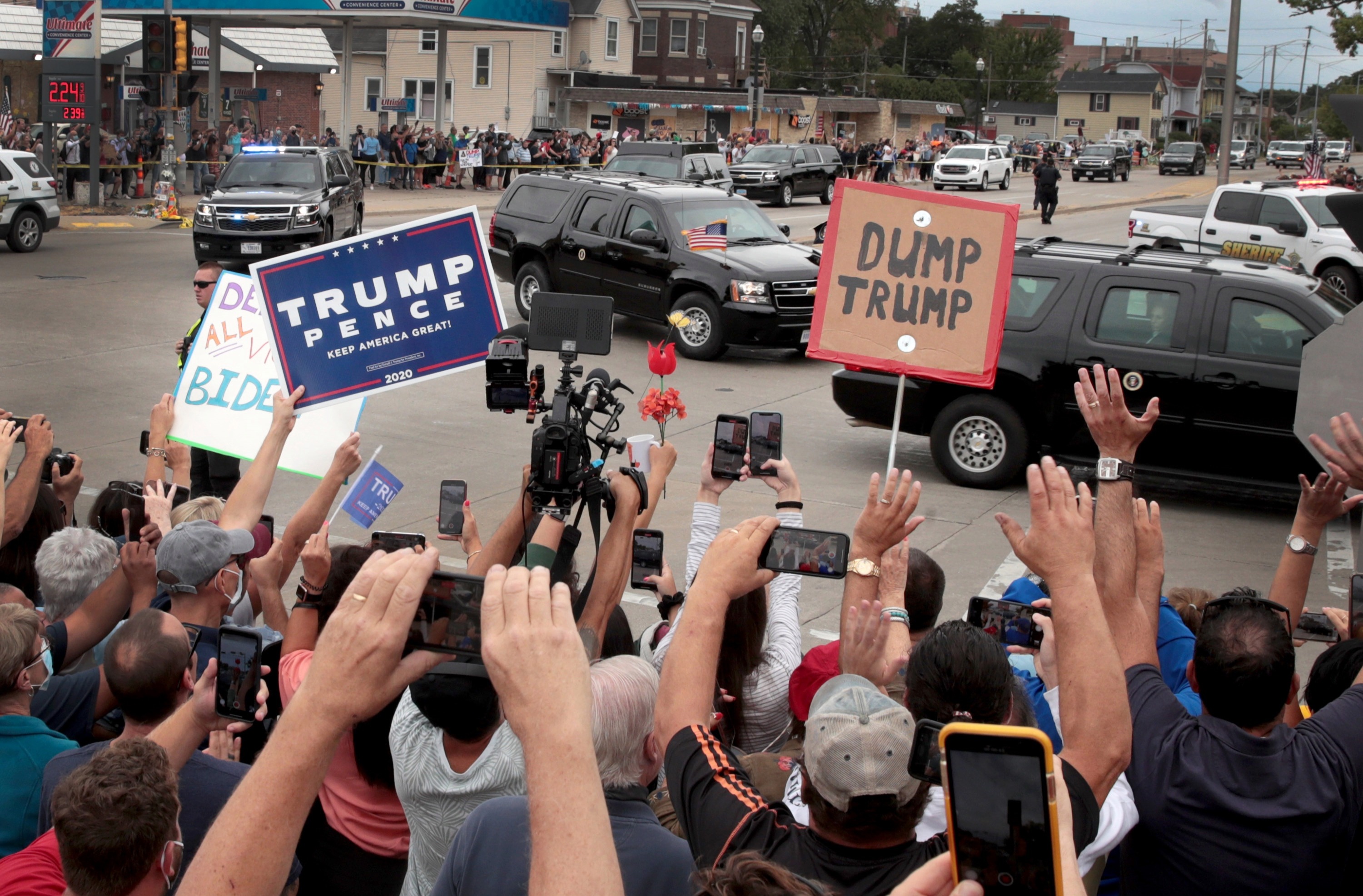 David slammed the BLM supporters as "not Americans" when speaking to reporters.

"They are not liberals. They are Maoists, and they will attack you, they will hurt you, they want to burn down this United States," he added.

Before the fight, Trump branded rioters as "domestic terrorists" while praising local cops as he toured the devastated streets of Kenosha.

He arrived Tuesday afternoon and walked through the rubble of local stores before attending a roundtable on 'Wisconsin Community Safety.'

"These are not peaceful protests but domestic terror," he declared.

And he slammed Democratic leaders for "allowing" the chaos to take place as he spoke with local store owners.