London: The parents of British teenager Harry Dunn met with President Donald Trump at the White House, only to be told that the woman British police say was involved in the car crash that killed their son was ready to meet them.

Dunn, 19, was killed on August 27 when his motorcycle was involved in a collision with a car that police say was driven by American 42-year-old Anne Sacoolas, who was allegedly driving on the wrong side of the road at the time. Sacoolas, who is the wife of a US government official, claimed diplomatic immunity under international law which allowed her to return to the United States. 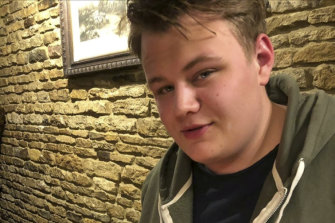 Harry Dunn, pictured, died in the crash near RAF Croughton in the UK.Credit:Facebook

Appearing on CBS This Morning on Wednesday, Dunn's parents, Charlotte Charles and Tim Dunn, described the meeting, explaining that they had no idea they were meeting with the President and had been invited to the White House to meet with "a senior official."

"The bombshell was dropped not soon after we walked in the room," Charles said.

Dunn's parents say Trump offered his condolences before quickly alerting them that Sacoolas was in the building. "It took your breath away when he mentioned it the first time," Dunn's father said. 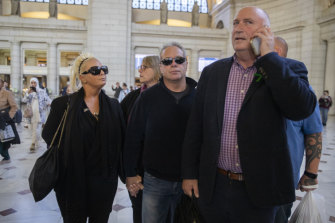 With no prior knowledge that a meeting had been set up, Dunn's parents declined to meet her, saying that a meeting should take place on British soil and at a time when they felt more prepared.

"We've said all along we are willing to meet her but it has to be with therapists and mediators. And that's not just for us, it's for her as well," said Charles, the mother. "To be thrown into a room together with no prior warning, that's not good for her mental health and it's certainly not good for ours."

"There was a bit of pressure but we stuck to our guns," added Dunn, the father, explaining that Trump asked them two or three times to meet with Sacoolas.

In another televised interview with Good Morning Britain on Wednesday, Charles explained how the President took her hand and agreed with her when she said to him: "If this was your son, surely you would be doing the same thing, you'd be trying to get justice for him."

"He said yes, yes I would," she said, adding that Trump then said he would try to look at the case "from another angle" although Dunn's parents say they are unsure as to what exactly that means.

Trump previously called Dunn's death a "terrible accident" and said driving on the wrong side of the road "happens."

In remarks last week, British Prime Minister Boris Johnson said: "I hope that Anne Sacoolas will come back and will engage properly with the processes of law as they are carried out in this country."

The Dunn case has triggered widespread controversy in Britain and thrust the concept of diplomatic immunity under the spotlight, triggering a debate about who it should serve to protect and what exactly it should cover. In recent weeks, Dunn's parents have campaigned both at home and more recently in the United States to have Sacoolas cooperate with the British legal system.

"We promised Harry as a family when we lost him that night that we would make sure justice was done," Charles said in remarks earlier this week.