‘Death wish incoming’: Trucker shares footage of reckless car driver’s narrow escape when they overtake him and hurtle head-on towards another lorry

A shaken lorry driver has released footage of a ‘death wish’ driver’s narrow escape from being squeezed between two HGVs.

The shocking incident was filmed on a busy road in Melton, East Yorkshire, on Wednesday morning.

Despite dark and icy conditions, the overtaking car driver just squeezes between the two lorries before zooming off at high speed. 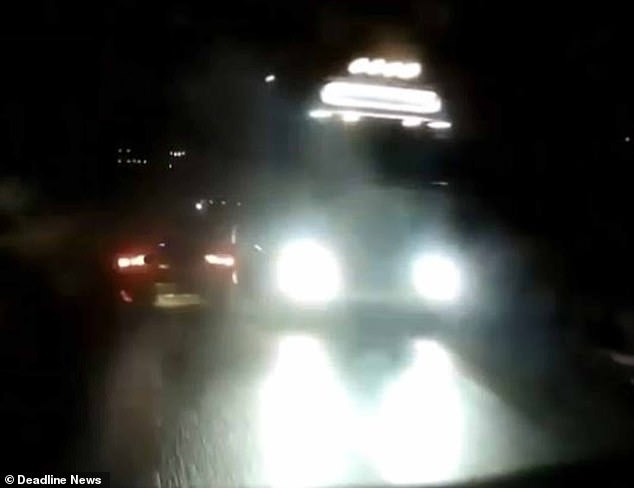 The shocking incident was filmed on a busy road in Melton, East Yorkshire, on Wednesday morning

Dash cam footage shows the lorry driving over a 30mph sign in the road as the lights of an approaching HGV can clearly be seen on the straight stretch of road.

Just before the two lorries pass, a speeding car overtakes the lorry and pulls back onto the road with inches to spare.

The car disappears into the distance and appeared to be travelling at twice the speed limit.

The driver, who wishes to remain anonymous, posted the footage on social media with the caption: ‘Death wish inbound. Bet me and the other truck driver would have got the blame being HGV drivers and all that.

‘Fashionable to blame the HGV isn’t it?’

The driver said: ‘My thoughts at the time was that I was almost scraping a body from a car sandwiched between two trucks.

‘It’s a daily occurrence I go there every morning and experience similar, but usually not as dangerous.’ 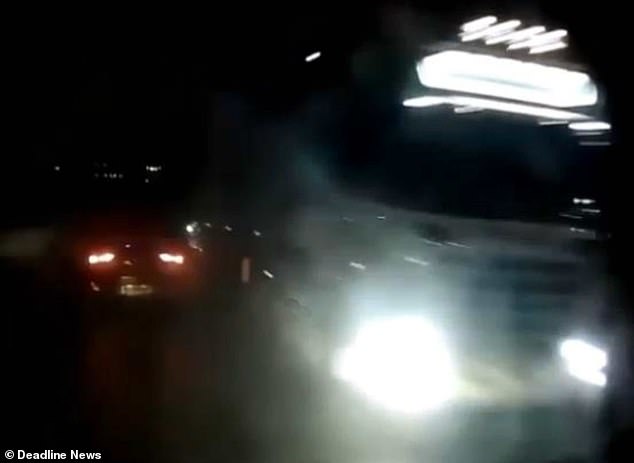 Just before the two lorries pass, a speeding car overtakes the lorry and pulls back onto the road with inches to spare