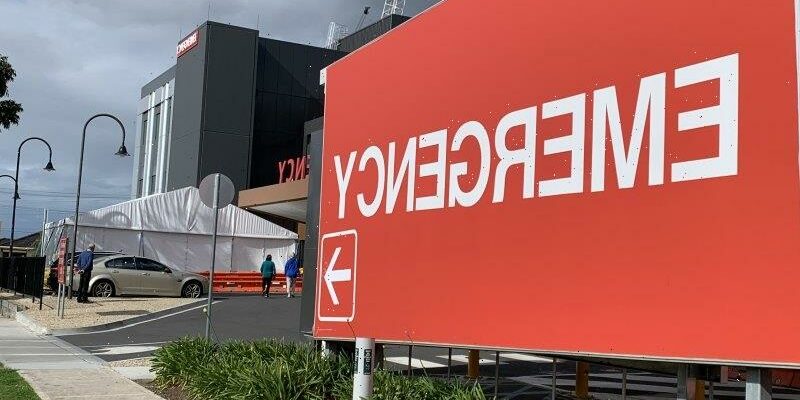 Victoria’s triple-zero service is again in crisis, with at least seven out of 10 calls not answered on time during some shifts and the deaths or serious injuries of up to a dozen people in recent months suspected to be linked to delays in answering calls.

Ninety per cent of the state’s triple-zero calls to the Emergency Services Telecommunications Authority are meant to be answered within five seconds on average over a month, according to the organisation’s service benchmark. 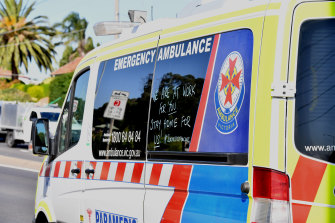 Waiting times for callers seeking an ambulance have blown out. Credit:Joe Armao

But The Age has confirmed the system has become so overwhelmed in the face of chronic understaffing and a rush of COVID-related demand that during some shifts at ESTA in recent weeks, fewer than 30 per cent of calls have been answered on time.

Eight sources across Victoria’s emergency services agencies with knowledge of ESTA’s operations also confirmed that Victorians have consistently waited more than five minutes to be patched through to a call-taker to request an ambulance during peak demand periods in December and January.

“This is literally life and death stakes and yet they’re on hold because there is no one to answer the call,” one experienced ambulance call-taker said.

The revelations come after The Age reported in December that a major inquiry into suspected failings within ESTA had been launched by the Inspector-General for Emergency Management after multiple Victorians faced adverse outcomes due to serious delays caused by understaffing and other long-term structural failings. 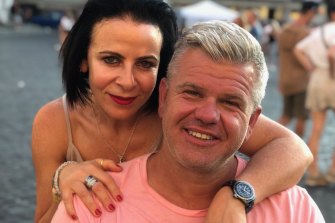 Nick Panagiotopoulos, who died last year waiting for an ambulance, and his wife Belinda.

The death in October of Melbourne father-of-three Nick Panagiotopoulos, whose family waited 15 minutes to speak to an ESTA ambulance dispatcher, also sparked an outcry and promises of reform from the Andrews government.

But the post-Christmas surge in COVID-linked triple zero calls, combined with staff members falling ill and isolating, and delays in hiring and training new staff has highlighted what sources said was the long-standing failure of ESTA to build a surge-resilient workforce.

Panicked Victorians calling for ambulances in non-life threatening situations are exacerbating the problems.

The Age has also confirmed that up to a dozen deaths and other adverse incidents have been referred to Inspector-General Tony Pearce’s ongoing inquiry. Mr Pearce will examine if adverse patient outcomes were contributed to by call-taking delays or other problems at ESTA, according to sources not authorised to comment publicly.

A senior health source said they were aware of eight deaths and more serious events since October. In each case, the source said, callers had been unable to get through to the triple-zero service or had waited up to 15 minutes before talking to an operator. 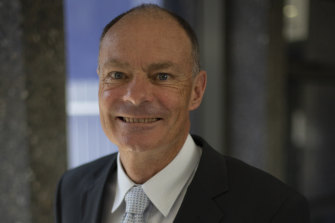 Authorities have reported at least four deaths to the Coroners Court in which ESTA delays may have played a factor. The court, led by Judge John Cain, will await the outcome of Mr Pearce’s “thematic” review before considering whether to hold a major public inquiry.

Assessing the extent to which a call-answering delay may have contributed to a death is difficult because it may be hard to conclude the fatality would have been avoided by a speedier response.

But the eight sources with knowledge of ESTA’s operations all said the agency had been overwhelmed in January.

“We have been absolutely smashed,” one source said.

Two experienced ESTA ambulance call-takers also gave disturbing accounts of conditions inside the agency. They said that during the ongoing surge in demand, multiple Victorians were consistently waiting on hold to request what could be life-saving care.

“I used to feel whenever I came into work I would have at least one experience where I could say, ‘I helped that person.’ ”

Both call-takers have seen waiting times to connect to emergency ambulance operators blow out beyond 30 minutes in extreme circumstances, but say it is a daily occurrence for times to reach between five and 10 minutes.

“When you are in a situation where you are waiting for CPR or something … seconds matter,” one call-taker said.

ESTA declined to provide data on call-response times this week, but sources within the triple-zero service or familiar with the data said the number of calls being answered within five seconds had fallen at times close to 10 per cent. A senior official said thousands of calls had taken more than eight minutes to be answered in December.

One ESTA operator said they lived with the constant fear that among the calls waiting to be answered was a cardiac arrest, a car accident or a baby choking.

Another operator described a wall board hanging at all the ESTA operations centres which changes colour depending on how long people have been waiting. It’s meant to be a visual cue to the team leader to re-call staff back from their breaks if needed. If a call is waiting more than four minutes, the board flashes red.

The operator said the board was now almost always red.

“Every now and again it goes orange, to indicate that [the wait] is less than four minutes. But it’s rare that it’s green where there are no calls waiting. It generally doesn’t last more than a few minutes” they said, adding staff were often missing their breaks or having them shortened.

They estimated that in the past week people had generally been waiting between seven and 12 minutes.

“A one to two-minute wait used to be super busy, whereas now that’s almost standard and acceptable,” said one operator. “You just don’t think you are making a difference any more. I used to feel whenever I came into work I would have at least one experience where I could say, ‘I helped that person.’

“We don’t have that any more. You’re just constantly chasing your tail and constantly dealing with people in despair and difficult situations and there’s just nothing you can do,” they said, noting that even when they got to the call, there was often a shortage of ambulances available to dispatch.

Both call-takers declined to be identified because they were not authorised to speak publicly.

The triple-zero service is currently reporting an unprecedented number of calls, with ambulance calls averaging more than 3000 a day, up from 2400 in August. The increase has been blamed on people delaying everyday medical assistance during the pandemic, people misusing triple zero and increases in mental health emergencies and COVID-19 cases.

The reform of ESTA is being led by an interim CEO, Stephen Leane, following the sudden departure of former agency boss Marty Smyth. Two other senior ESTA staff members have also recently left the agency in what insiders said was evidence of Mr Leane’s far more aggressive reform ambition compared to Mr Smyth.

In addition to the Inspector-General for Emergency Management inquiry, the state government has commissioned former police chief commissioner Graham Ashton to lead an independent review of ESTA and provided additional funding for 43 new staff to begin taking calls in February.

A government spokeswoman said the service continued to experience enormous spikes in demand.

As COVID-19 cases continue to surge, ESTA is offering overtime shifts to all workers, recalling employees seconded to other projects and giving incentive payments for people who are already trained in the job, including people who have left in the past year and those on paternity leave.

Almost a dozen ambulance call-takers have been seconded from NSW Ambulance and student paramedics are undergoing training to assist staff.

An ESTA spokesman urged the public to save triple zero for emergencies and use Nurse on Call instead where appropriate (1300 60 60 24), saying more than one-in-five calls received was not actually in need of an emergency ambulance.

“Our triple-zero operators care deeply about the service they provide and the community they serve; any delays are unacceptable and we understand callers facing delays could be incredibly distressed,” the spokesman said in a statement.

Danny Hill, secretary of the Victorian Ambulance Union, which represents a number of ESTA call takers, said he was aware of instances in the past week where people waited up to 17 minutes to get through to triple zero.

Paramedics are also speaking to the family members of cardiac patients and other sick people who had waited more than 10 minutes to reach a triple-zero operator.

He said part of the problem was people thinking of triple zero as a one-stop-shop for everything COVID.

“It’s not, it’s only for dealing with emergencies”.