A TRAFFIC warden has told how his head was smashed on the windscreen of a car when he was “mowed down” by a suspected road rage driver.

A viral video shown in court today shows the moment council worker Steven Smith was thrown into the air by the vehicle. 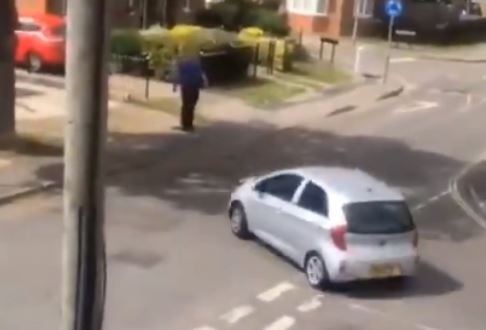 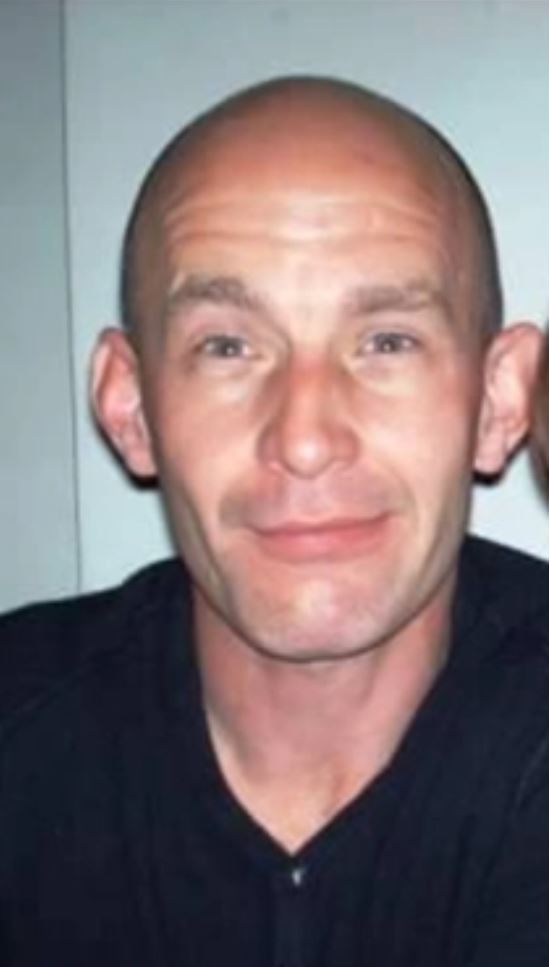 Mr Smith told the jury in Hove he was driving home in Burgess Hill, West Sussex after finishing a shift as a line manager for local traffic wardens.

He told the court he could see the other driver was staring at him over his facemask.

He got out of his car to speak to Mr McGhie after flashing and waving to him to show he was giving way.

The council worker, and former solider, said the other driver was rambling and not making sense.

“He just kept repeating himself and I thought he was on drugs,” he said.

“I said ‘you are not making any sense, you’re being a fud, are you on drugs?’

“He decided to come right into my face. I could feel his forehead on my nose.

“My hands were still in my pockets and I thought he was going to headbutt me,” he said.

Mr Smith said he used his army training to take the smaller man to the floor when he thought he was about to be attacked.

After the confrontation, Mr Smith said he walked back to his car. 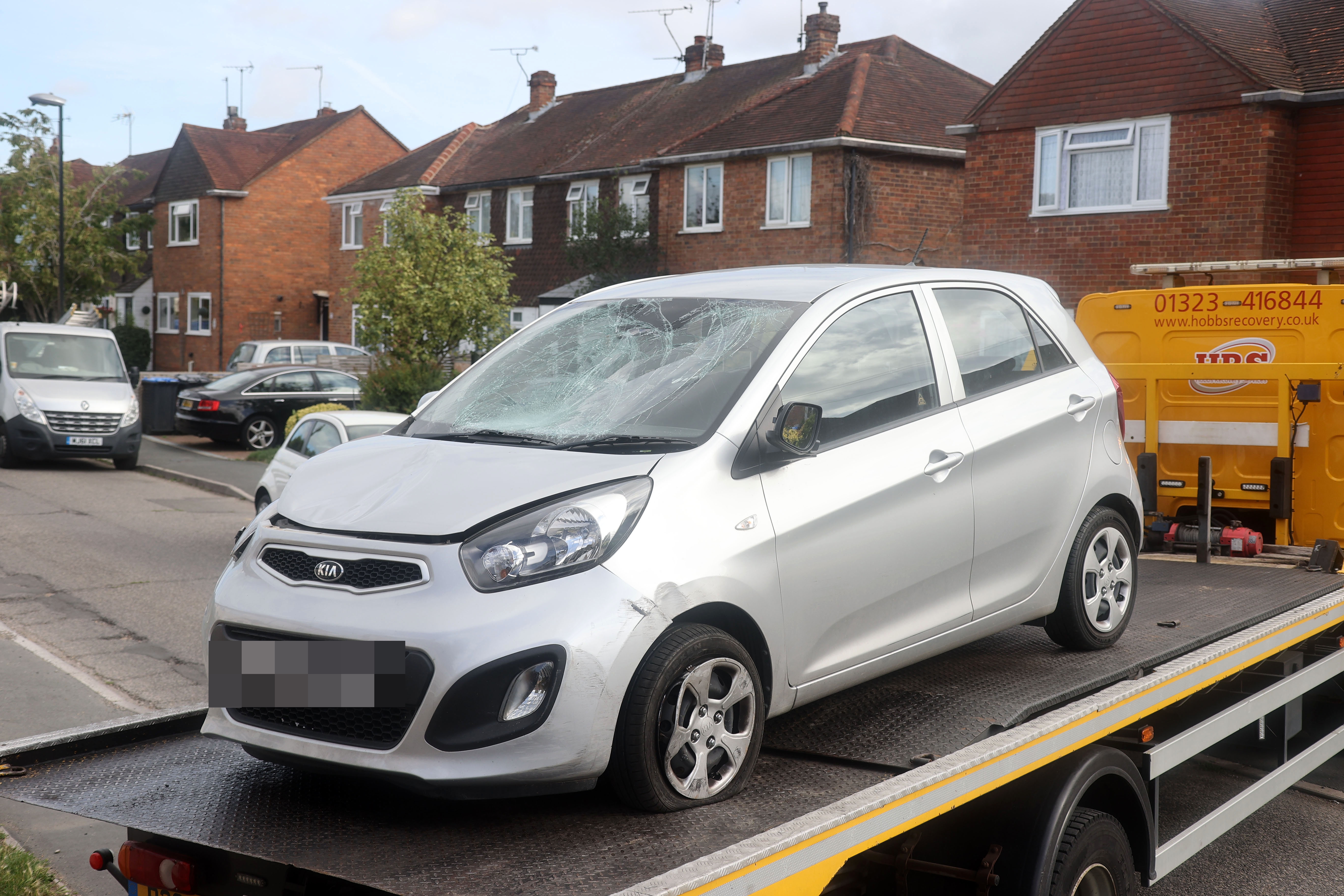 He said: “As I walked back, I heard a noise. I don’t know if it was a shout or a scream.

“As I looked over my right shoulder, I ended up on the bonnet of his vehicle.

“I heard something which made me look over my right shoulder. I saw the bonnet of his vehicle.

“To be honest, I just closed my eyes. The next minute, I woke up on the hedge.

“I think I blacked out because I don’t remember going through the air.”

Mr Smith said the feeling of hitting the windscreen was something he would never forget.

“My head bouncing off his windscreen – it’s something you don’t forget.

“I remember getting myself straight up. That’s something you are taught, to get yourself up all the time.

“My body just took over. I looked down because my trousers had been ripped down, torn off and wrapped round my feet.

“I was trapped between the bush and the fence, the trousers had wrapped themselves round my ankles.

“My head bouncing off his windscreen – it’s something you don’t forget."

“I can see Mr McGhie coming towards me and trying to hit me again. He made contact with me twice. One in the chest and one in the face.”

Mr Smith said the attack only stopped when a woman ran out from one of the houses next to him and said she was calling the police.

“The only thing going through my head was to phone my wife,” Mr Smith said.

Mr Smith suffered minor injuries and was discharged from hospital hours after the incident on August 24 last year.

CT and X-rays did not find any fractures.

“The nurse wanted me to stay – they were worried about internal bleeding – but I just wanted to go home to my wife,” Mr Smith said.

He was still pulling glass fragments out of his head months later and still wears a support on his left wrist.

In his police interview, Mr McGhie said he thought the confrontation with Mr Smith had “Provoked a kind of tunnel vision,” Ms Beckett said.

In police body worn video shown to the jury, Mr McGhie can be heard claiming he was defending himself.

During his violent arrest by four officers, Mr McGhie was sprayed in the face with Captor spray.

Mr McGhie can be heard saying: “It was self defence, assault by him.”

He also claimed the off duty officer did not show any identification.

Rachel Beckett for the Crown said: “The Crown’s case is that the driving directly at Mr Smith, not applying the breaks at all, amounts to attempted murder.

“When he was approached and arrested by an officer off duty, he knew she was an officer, as she identified herself clearly before the arrest.

“He assaulted her and her colleagues. Those were not actions taken in self-defence.”

No alcohol or drugs were found in his system.

“The defendant then told officers that there was a lot of things going on “behind the scenes” and he had been stopped and followed around town for some time.

“He said that the male involved in the incident was one of the people who knew his daily routine and had been stalking him,” Ms Beckett said.

Mr McGhie told police he believed the video had been edited to make him look bad.

“He said that the footage had been deliberately edited as it looked like nothing had happened before the incident,” Ms Beckett said.

“No that’s not what happened.”

He told police he believed people were watching him.

In an interview, Mr McGhie said: “I’m definitely not that person, you know, running up the kerb and running someone down, no.”

The trial at Lewes Crown Court in Hove continues.