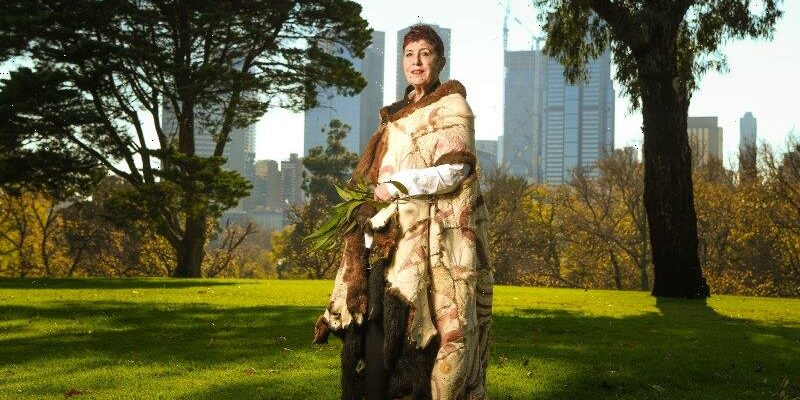 After years of negotiation, boundaries defining Victoria’s traditional owners have been formalised in land covering central Melbourne but one group says they have been left out of the carve up and will miss out on opportunities as a result.

Previously, there had been no formalised traditional owner group for 3721 square kilometres of land from the Werribee River through Melbourne and east to Bunyip.

Instead, boundaries were drawn up by the Victorian Aboriginal Heritage Council and came into effect on Thursday after consent was given by the two registered Aboriginal parties last month.

The council declared that the north side of the city, including the central business district, was Wurundjeri Woi Wurrung country and said the Bunurong were responsible for the southern side of the new boundary.

But Boonwurrung elder Carolyn Briggs has come out against the change, saying it will cost its members work by ruling out its people from cultural practices such as welcomes to country.

The Boonwurrung Land and Sea Council, which has 200 members, rejects that it is represented by the Bunurong Council and claims to have been excluded from the process.

Enforcing the boundary of traditional owners could stop Boonwurrung Land and Sea Council members from performing cultural work, including at NAIDOC week events, or from earning a wage, Dr Briggs said.

“This means that we as Aboriginal people who have been practicing our culture on this land for thousands of years are going to have it stolen again,” Dr Briggs said in a statement.

The new boundaries confirm who should be formally recognised by businesses, communities and at events. 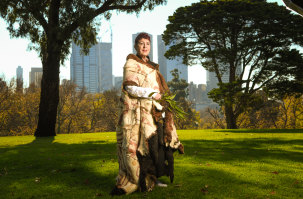 Boonwurrung elder Carolyn Briggs was recognised as an AM in the Queen’s Birthday Honours in 2019.Credit:Justin McManus

The Victorian Aboriginal Heritage Council has previously rejected to list the Boonwurrung Land and Sea Council as a registered Aboriginal party three times, upheld by the Supreme Court, which stops the group from making a formal claim. A native title claim is separately being determined in the Federal Court.

The Bunurong Land Council Aboriginal Corporation is open to membership for people from the Boonwurrung Land and Sea Council.

The Bunurong and Wurundjeri Woi Wurrung councils have accepted the new boundaries but both say the decision still excludes them from recognition on their own country. 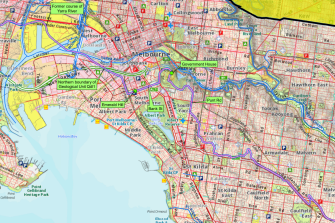 Where the boundary falls in inner Melbourne.Credit:Victorian Aboriginal Heritage Council

“After 185 years, Bunurong people are once again recognised as the traditional custodians of a significant amount of what is now known as Melbourne,” Mr Turnbull said.

“Though we weren’t able to secure all of our traditional land, we understand and accept the decision was not an easy one for the Victorian Aboriginal Heritage Council. But we do support that decision and we are glad there is now some certainty for both mobs as well as the broader community.”

In a statement, the Wurundjeri Woi Wurrung Corporation said formal recognition for the group’s custodianship was long overdue.

However, the group did not agree to giving Bunurong Council responsibility for parts of Melbourne south of the city, “which Wurundjeri Woi Wurrung elders and people regard as their traditional country”.

“The Wurundjeri Woi Wurrung people are saddened and disappointed that the Victorian Aboriginal Heritage Council has given responsibility for their country to the Bunurong. They are nevertheless determined to continue to assert their traditional rights to country and culture.”

Parts of Mount Cottrell will be shared country, acknowledging it as an important cultural site and the place of profound trauma from an 1836 massacre.

”The mountain is a place of profound trauma, a cultural memory of the men, women and children; old and young; warriors and caregivers; who were massacred there. The Peoples who lived there left their culture and trauma embedded in the landscape. We respect that trauma still experienced in descendants of those who walked the country. This is a place of shared grief and so a place of shared custodianship,” the Heritage Council said.

The Heritage Council, which said it was an enormous responsibility and privilege to make the decisions, hosted a meeting on Thursday which the Bunurong and Wurundjeri Woi Wurrung councils declined to formally participate in.

“This unfortunate fact highlights the difficulty of council’s decision and the ongoing trauma and uncertainty endured by traditional owners in the face of historical dispossession of their lands,” the Heritage Council said.