Mr Bush, who suffered from a variety of illnesses including a form of Parkinson’s, died last Friday aged 94 after a lifetime of service to his country. 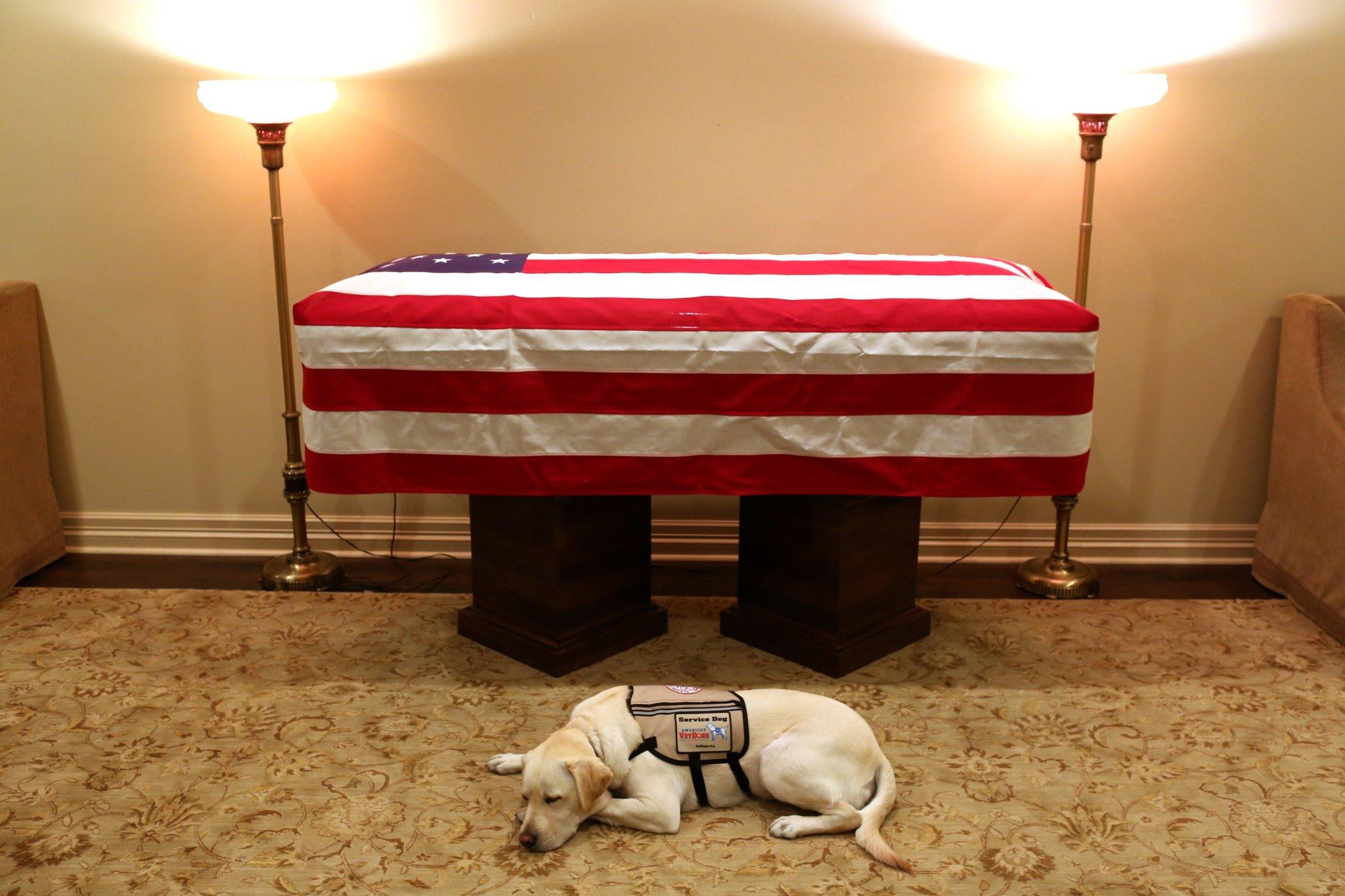 His flag-draped coffin laid in state in Houston, Texas, while being guarded by the specially-trained golden Labrador, known as Sully.

The dog was given to the former World War II fighter pilot in June by veteran’s charity America’s VetDogs following the death of his beloved wife Barbara, 92.

He will accompany the coffin to Washington DC today ahead of Mr Bush’s funeral on Wednesday. 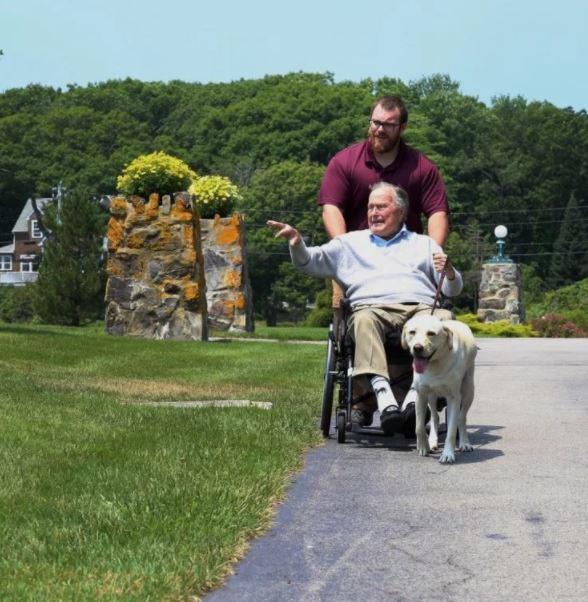 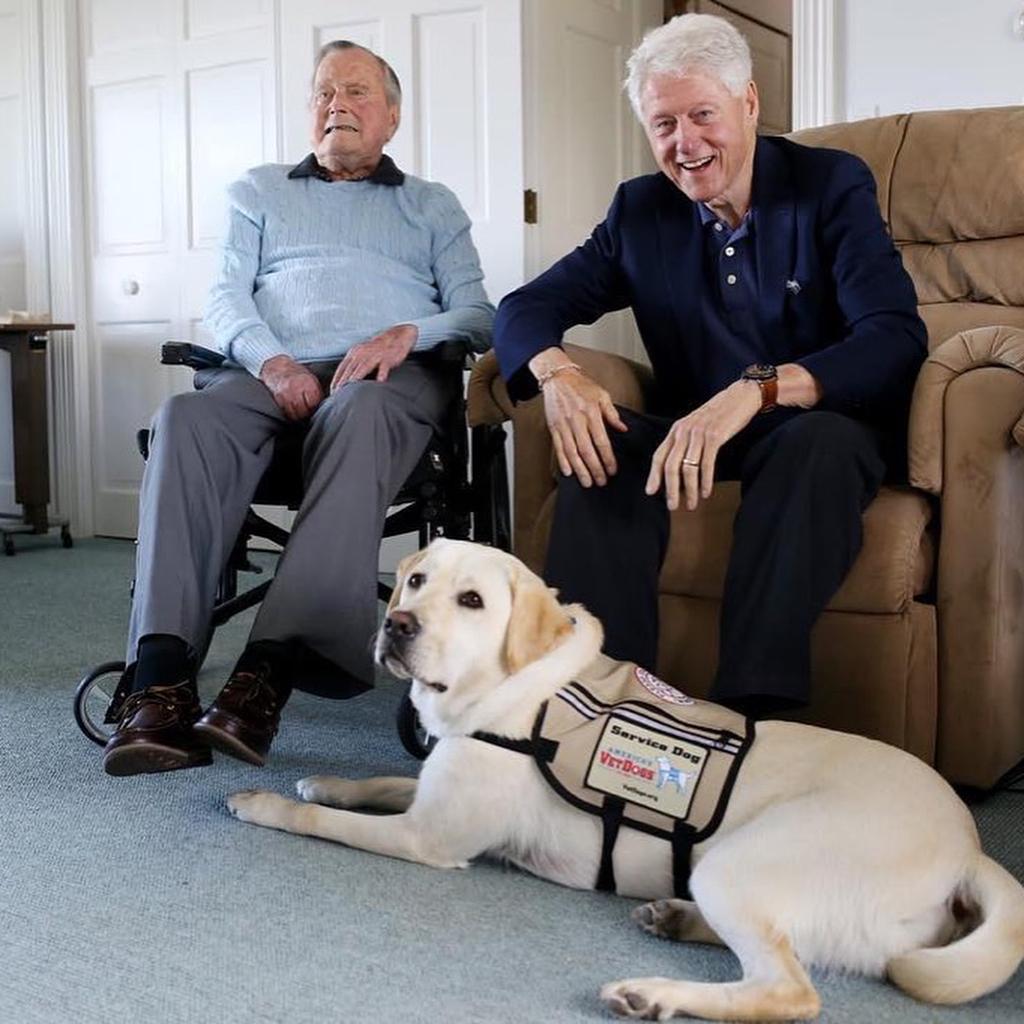 On June 25, following Sullly’s arrival, the social media account tweeted a photo of the wheelchair-bound Republican and the dog alongside Bill Clinton – who defeated Mr Bush in the 1992 general election.

The post read: “A great joy to welcome home the newest member of our family, "Sully," a beautiful – and beautifully trained – lab from America’s VetDogs.

“Could not be more grateful, especially for their commitment to our veterans.” 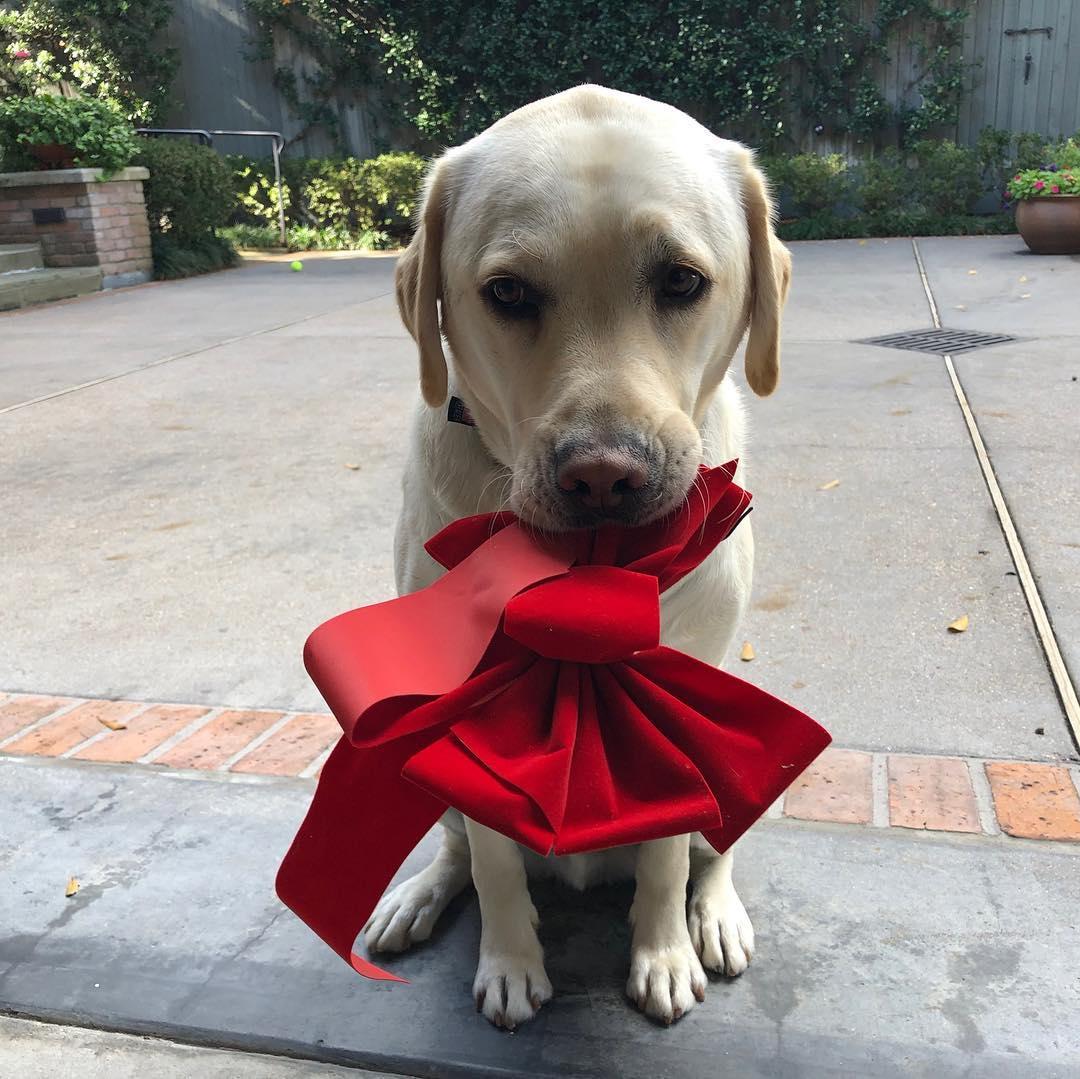 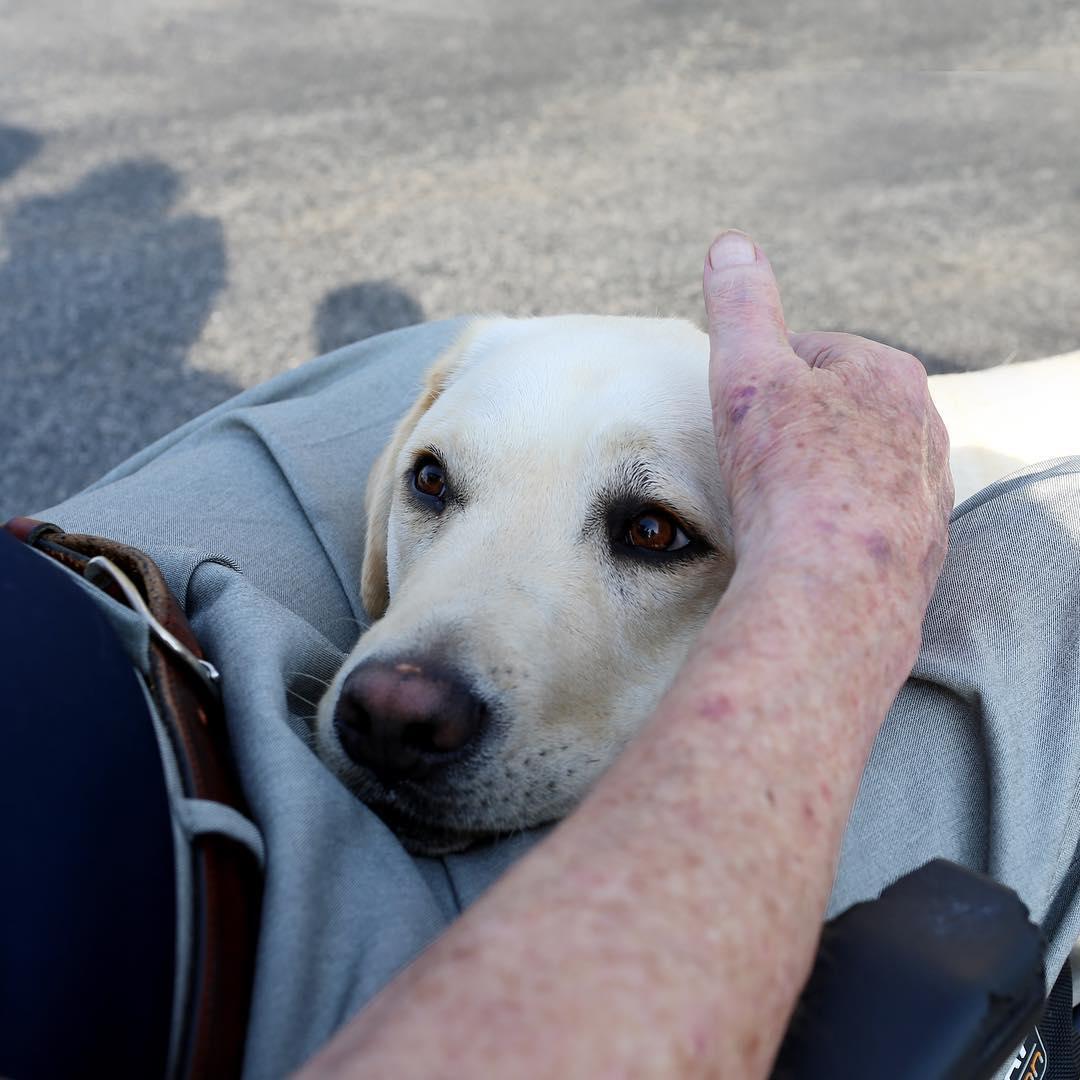 America’s VetDogs is a non-profit charity based in New York which provides trained service dogs to brave veterans in need.

Following the 41st US President’s death, the charity tweeted: “America’s VetDogs is deeply saddened by the loss of President George H.W. Bush.

“Our condolences go out to the Bush family at this time.”

The charity told KTRK-TV that the dog will return to its New York state headquarters in Smithtown, Long Island, where he will stay throughout the festive season.

When did Mr Bush serve as President?

It was in this capacity he was known throughout the world, especially for expelling the invading forces of dictator Saddam Hussein from the Gulf state of Kuwait in 1990.

After the invasion Bush quickly began building an international military coalition that included other Arab states.

Having freed Kuwait, he rejected suggestions that the US carry the offensive to Baghdad, choosing to end the hostilities a mere 100 hours after the start of the ground offensive.

He said: "That wasn't our objective.

"The good thing about it is there was so much less loss of human life than had been predicted, and indeed than we might have feared."

But the decisive military defeat did not lead to the regime's downfall, as many in the administration had hoped.

The Iraqi leader was eventually ousted in 2003, in the war led by Bush's son that was followed by a long, bloody insurgency.