A Tory MP said today he plans to be the first male UK politician to use ‘proxy voting’ so he can remain at his wife’s side after she gives birth to their third child.

Bim Afolami, 33, announced on social media that Hetti was due to give birth in the coming days and he would be taking paternity leave to be with her and help look after their other children.

Mr Afolami, MP for Hitchin and Harpenden since the 2017 election, said he planned to take advantage of changes introduced after heavily pregnant Labour MP Tulip Siddiq was forced to delay a caesarean section to take part in a key Brexit vote.

The old-fashioned rule which stated that an MP had to cast a vote in person in the House of Commons was changed after condemnation from across politics at her ordeal, which went viral online.

Now they can nominate a party colleague to cast a vote for them, so they do not have to travel to the House of Commons.

The Government faces a crunch few weeks as the deadline approaches for Brexit with no deal for leaving in place. 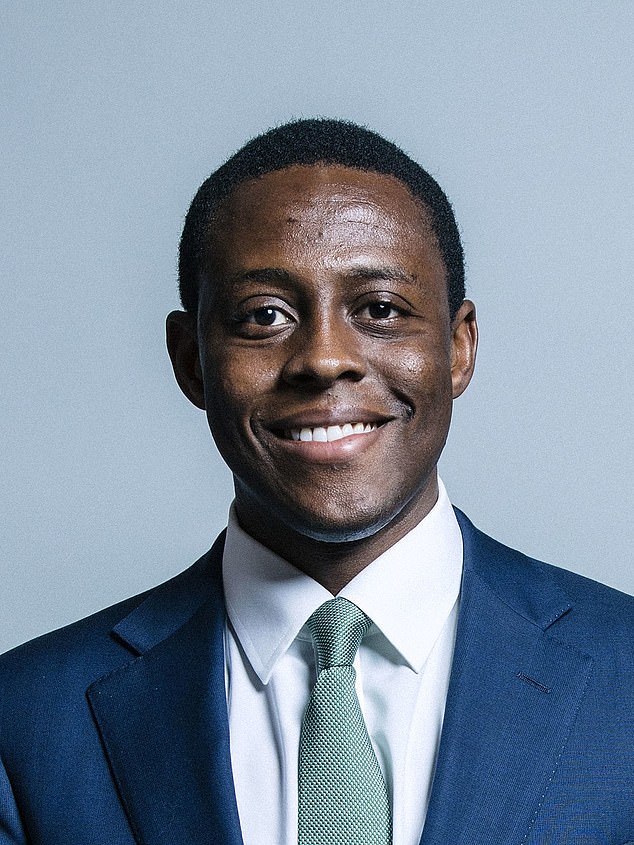 Mr Afolami, 33, went to Eton and Oxford and worked in the City before being elected as a Tory MP in Hertfordshire in 2017. He and his wife already have two young sons

In a video message from his office in the House of Commons he said: ‘I will be taking a couple of weeks paternity leave to deal with that and to help support my wife over the tough, tough nights and take our boys to school and nursery.

‘And just help out around the house, which to be honest I don’t do very often and I’m looking forward to doing that.

“But I do believe I will be the first father in British parliamentary history to ever be able to vote by proxy, so that I can satisfy my obligations to you, to be your member of parliament and to vote here on important pieces of legislation.”

In January Parliamentary rules were changed to allow MPs from all parties to get a colleague to vote for them after outrage that Ms Siddiq, 36, had to delay the birth of her son Raphael to take part in the Brexit vote. 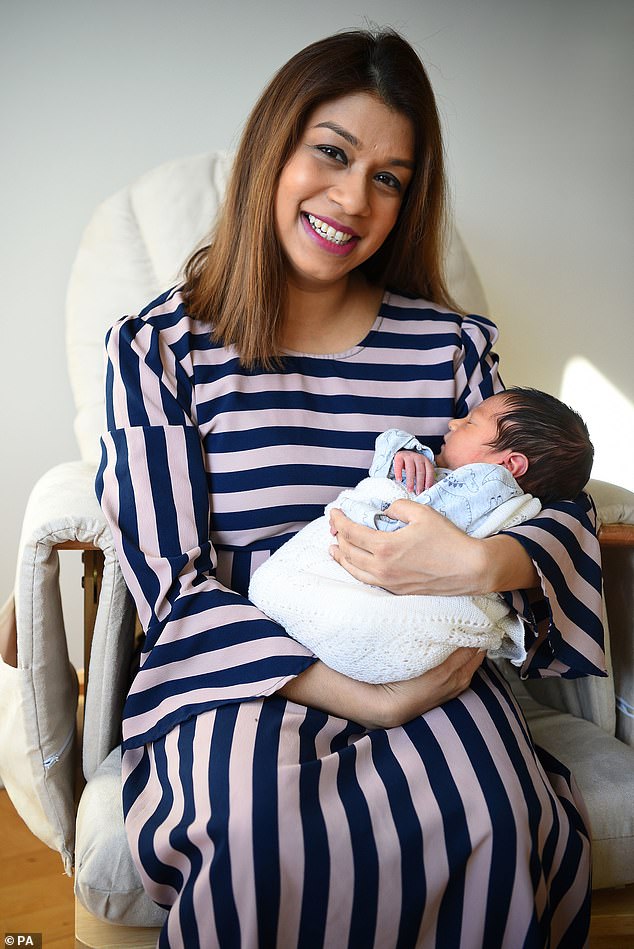 Hapstead and Kilburn MP Tulip Siddiq was forced to delay a caesarean section because she had to vote on Theresa May’s Brexit deal in person in the House of Commons. She later gave birth to son Raphael 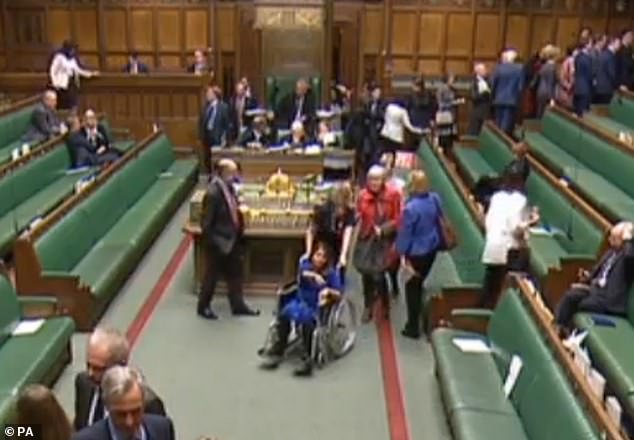 Cabinet minister Andrea Leadsom announced a one-year trial of a system where politicians who are pregnant or have newborns will be allowed to elect another MP to cast their ballot for them.

The Government came under massive pressure to reform Parliament’s archaic rules after Ms Siddiq had to be wheeled through the division lobbies in scenes captured on the official Commons’ livestream and sent viral via social media.

She tweeted a photograph of herself and Raphael watching the subsequent announcement of the trial at home and hailed the ‘momentous and overdue’ decision.

Mr Afolami was educated at Eton and Oxford before working in the City. He is the son of an NHS doctor and the grandson of a vicar.

He said the rule changes would allow him to ‘make sure I’m doing my job properly’ while supporting Hetti.

He added that he would remain ‘fully plugged in by phone and remotely as to what is going on’ while at the family home in Hertfordshire.