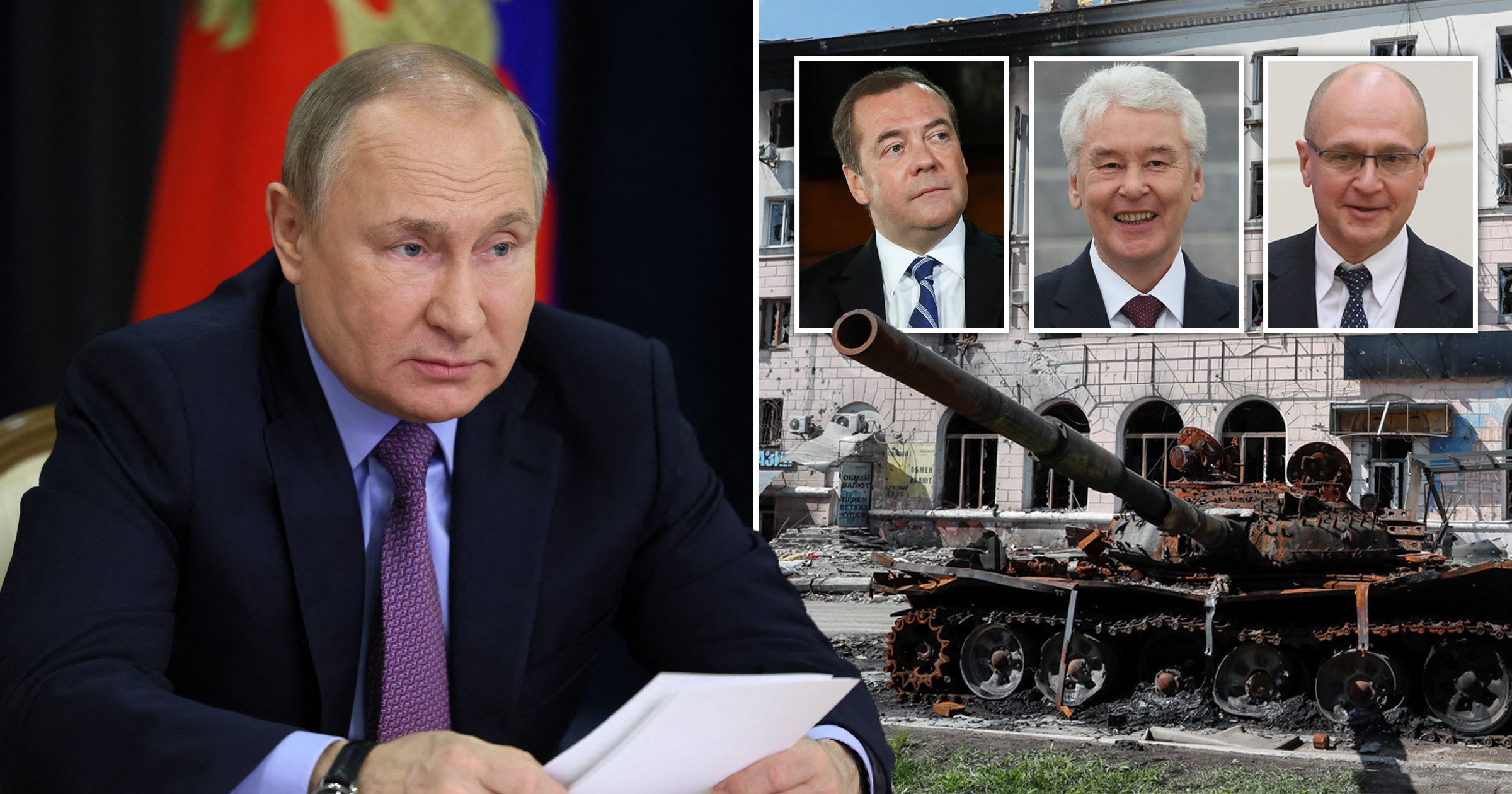 Behind the scenes in Moscow, his allies are apparently expressing distrust over the president’s war vision, and his successors are now being lined up.

Among them are Moscow’s mayor Sergei Sobyanin, deputy chair of the Security Council Dmitry Medvedev and first deputy head of the presidential administration Sergei Kiriyenko.

According to Russian-Latvian website Meduza, ‘almost no’ members of the Russian elite are satisfied with their leader.

Ministers and businesses are ‘unhappy’ he started the war ‘without thinking about the scale of the sanctions’.

A source close to the administration said: ‘One cannot live normally with such sanctions. “Hawks” are not satisfied with the pace of the “special operation”.

‘The problems [in Russia] are already visible, and in the middle of summer they will simply fall from different directions: transport, medicine, even agriculture. No one simply thought of such a scale.’

He added that before the war, no one in the Kremlin considered the possibility of Western countries imposing an embargo on Russian oil and gas.

Two sources close to the president’s administration said Putin simply does not want to think about the obvious economic difficulties.

Metro.co.uk has not been able to independently verify the claims, but reports of Putin’s inner circle moving to replace him have circulated for weeks.

This comes after one of his top diplomats quit his job at the United Nations in Geneva, sending a letter to his colleagues condemning ‘the aggressive war’.

Moscow has not yet commented on Boris Bondarev’s resignation but it will be another serious blow to Putin.

As the Kremlin tries to fend off claims of Putin’s declining health, it was revealed he survived a secret assassination attempt two months ago.

He was targeted in the Caucasus – a mountainous region occupied by Georgia, Armenia, Azerbaijan and south-east Russia – according to Ukrainian officials.

Former MI6 chief Sir Richard Dearlove also predicted Putin would be dethroned by next year and sent to a sanitorium for his illness.

He said this could be the Kremlin’s way to oust the leader without launching a coup.