A SENIOR Government lawyer in charge of Brexit deals was caught 'upskirting' a woman on the Tube, a disciplinary tribunal heard today.

Daren Timson-Hunt, 55, admitted hiding his phone under his leg to take a sexually gratifying video of a female passenger's crotch while she made her way to a job interview. 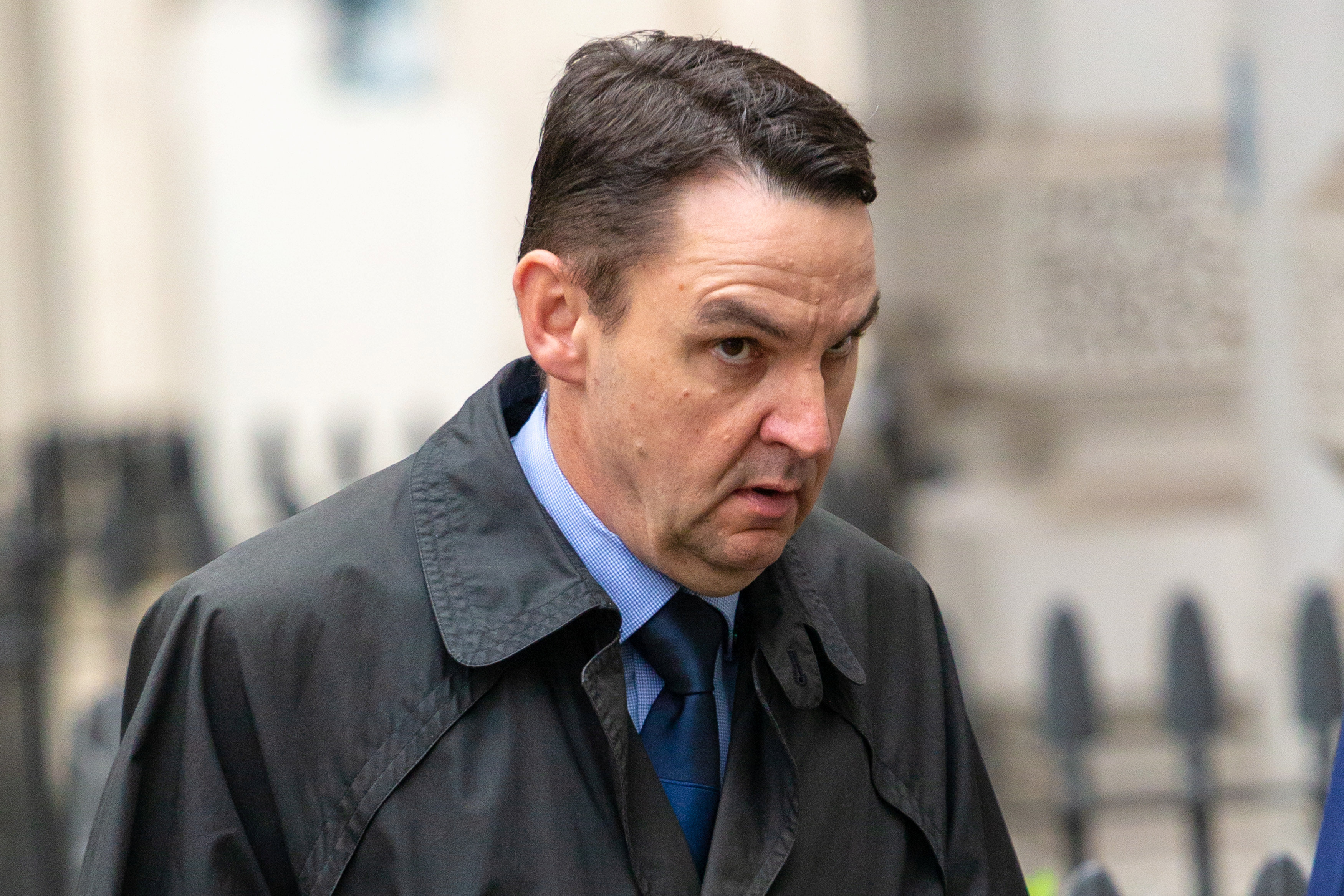 The barrister, from Thurrock, Essex, sat next to the woman on the Northern Line train and began filming her from behind as she left the train at Embankment station.

A plain-clothed police inspector confronted him after watching him adjust his phone to film her on the train on June 1 last year.

The inspector and another witness both saw the senior lawyer at the Department for International Trade continue to point his phone up her dress as he mounted the stairs to her rear.

When confronted Timson-Hunt said: "I do not know why I did it.

"I have never done something like this before. I am an idiot."

His victim, who was on her way to a job interview, said his actions were "intrusive" and that she felt "violated" in her impact statement read at the court hearing.

She went on to say that the incident had deeply impacted her day-to-day life, as she now never wears skirts and avoids public transport.

Timson-Hunt became one of the first in the country to be prosecuted for 'upskirting' and he admitted the offence at Westminster Magistrates' Court in September last year.

He was sentenced to a 24-month community order with a 35-day program requirement, 30 days of rehabilitation activity and 60 hours unpaid work.

But he has escaped being booted out of his job, and was handed a six-month suspension from practice.

Leo Davidson, for the Bar Standards Board, earlier told the hearing: "He violated an innocent person's privacy in a most intimate way for his own sexual gratification and he's done so in a way that was intended to avoid detection."

The Brexit lawyer claimed his actions were not premeditated, as he couldn't change his route or behaviour in such a crowded station.

But he admitted his phone continued filming from the train to the stairs: "The tube stopped, we all left, it was quite crowded going up the stairs out of Embankment.

"When I got to the top of the staircase I was stopped by a plain clothed police officer and a young lady, a uniformed officer, I was being filmed.

"I immediately did two things, I admitted it in front of the police officer and the victim, and apologised to the victim unreservedly at the time.

"I didn't intentionally follow her, obviously when you leave the train it's packed, she was in front of me but that wasn't by any choice.

"I sat next to her because that was the only seat that was free.

"You cannot plan or have any premeditation, I didn't change my route or behaviour.

"In a way because I immediately pleaded guilty I didn't have the opportunity to explain that, which was unfortunate I think."

Panel member Thomas Williams asked: "Is it fair to say that the police report accurately says that you actually waited at the stairs so she could walk ahead of you?"

Timson-Hunt denied holding back to wait for her, but admitted that he did let others go ahead of him.

The phone containing the video was confiscated and destroyed – which the barrister said he hadn't even seen.

Timson-Hunt also described his family and work pressures at the time – adding that his wife was recovering from a serious illness.

He was also working 80 hours a week advising the government on trade deals leading up to Brexit, adding that he was "close to the point of mental collapse."

Following his conviction last year, Timson-Hunt was placed on the sex offenders register for five years, but he wishes to return to his legal work once his 24 months of community order are up.

The hearing today concluded that he will be suspended for six months and must complete all the terms of the community order imposed on him by the court last year.

Timson-Hunt was a senior lawyer at the Department for International Trade until August last year.

Following his conviction, he was dismissed from the Financial Conduct Authority, where he was due to begin working last September.

He was Head of the EU Exit and Goods Legal Team and previously worked as a senior legal advisor at the DIT and in another government role for HMRC.

Timson-Hunt was the fourth person to be convicted under the new upskirting law. 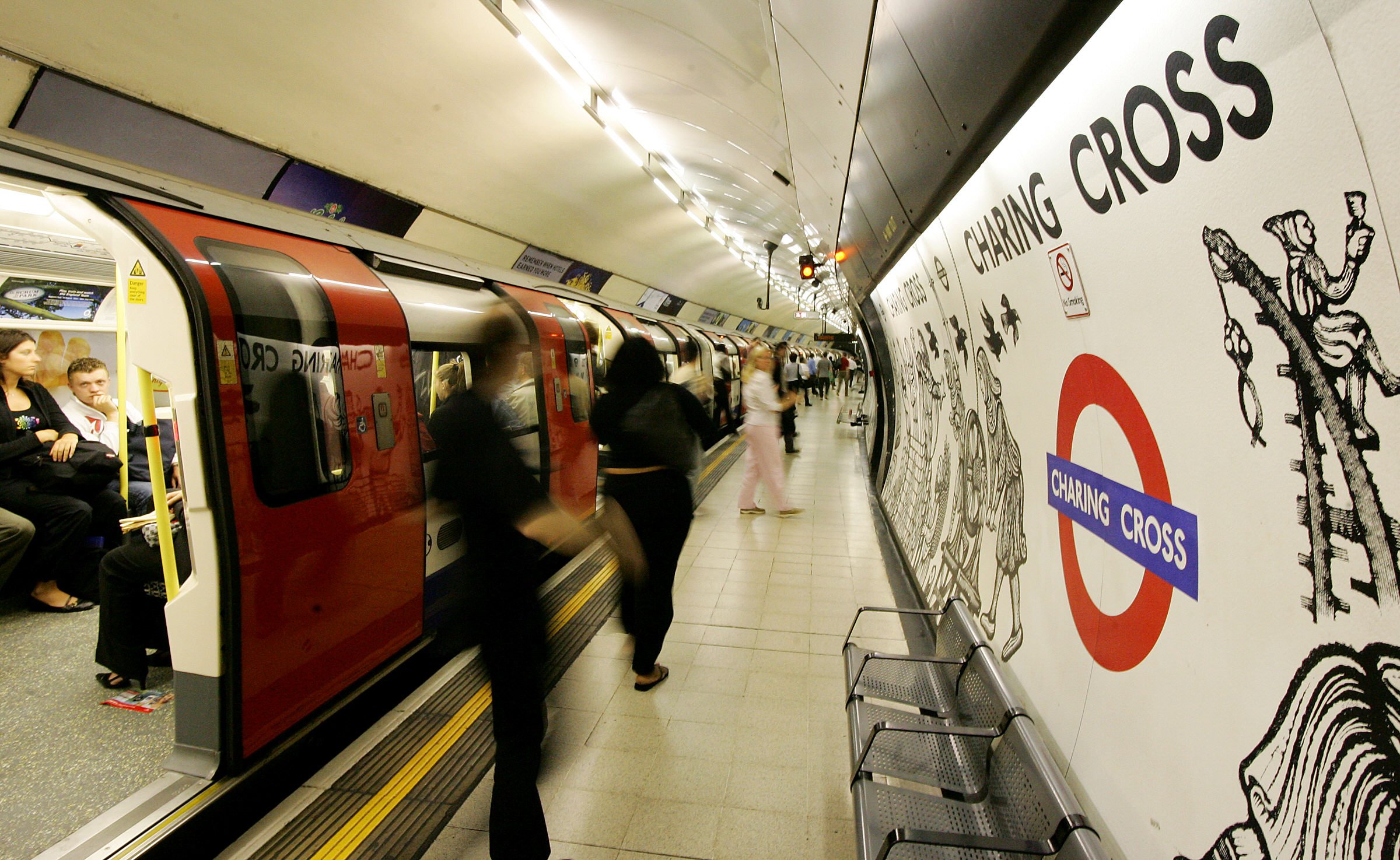