Tusk’s remark had diplomats ­practically needing the Heimlich manoeuvre to ­dislodge Ferrero Rocher chocolates stuck in their gullets. Quick, the ambassador has had a seizure! 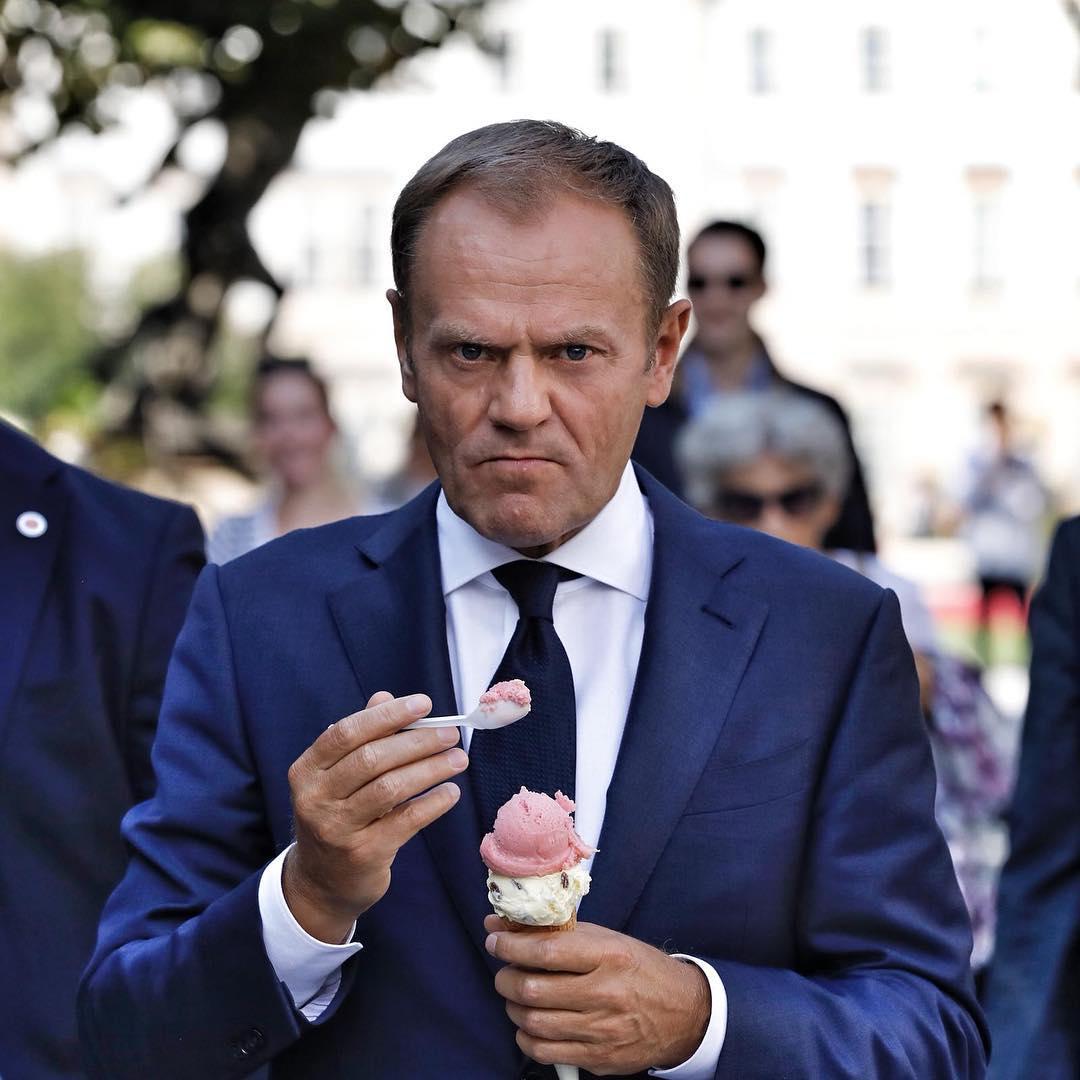 Had Herr President Tusk, at this most delicate of moments, really told the likes of Boris Johnson and Nigel Farage to go to hell? Yes, pretty much.

I know we are supposed to take ­mortal offence. I know we are meant to fan our faces and ask Nurse to bring us something to soothe our nerves after that nasty man uttered such a frightful insult.

But I couldn’t help laughing at toothless Tusk’s tirade.

At last, a European Union bigshot has blurted out his contempt for British voters.

That’s surely preferable to all those smarmy smiles and fake phrases about “respect for each other’s values” and how we hope to work with “our European friends and partners”. Real friends don’t nick £39billion off you.

There are two things worth knowing about Donald Tusk. The first is that in his youth he was a bit of a brawler.

The ­second is that five years ago he resigned as Polish prime minister to take up his current cushy number in ­Brussels.

Born in 1957, Tusk grew up in the city of Gdansk, when Poland was a grimy ­colony of the USSR. His family had ­German roots and his dad, a carpenter, died when Donald was 14. It can’t have made for an easy youth.

Tusk has recalled that in his youth he was “a typical hooligan” who would ­saunter along the streets in a gang, ­“cruising for a bruising”. 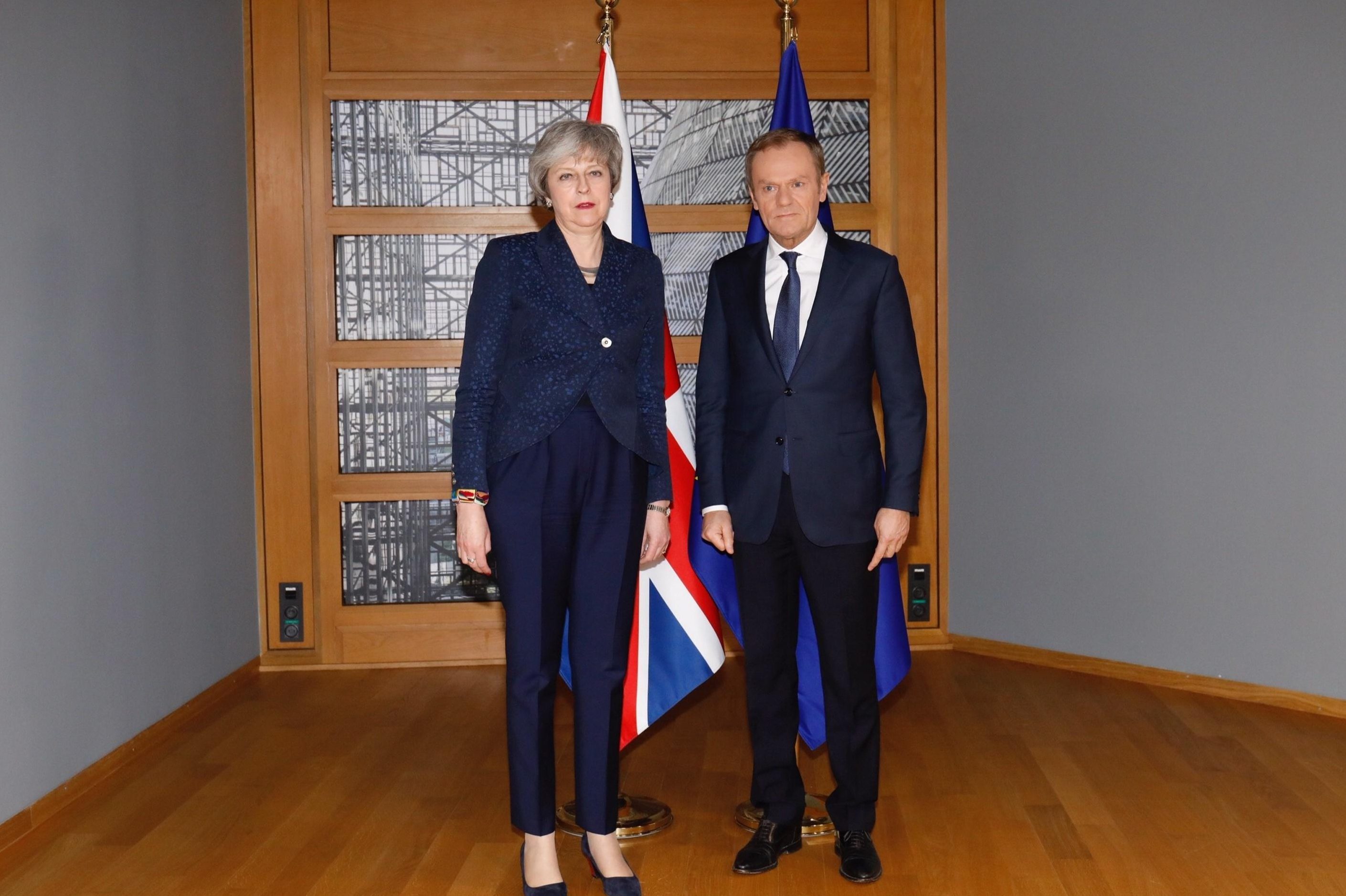 In some ways, who can blame him? They were edgy days and young men will do what young men have done since time immemorial: Defend themselves if under attack. Communism was (and remains — just ask the people of Venezuela) a ­stinking and ruinous creed.

Decent Poles bravely reasserted their national sovereignty after too many decades of being governed by ideological bureaucrats who couldn’t give a fig about the electorate.

Er, remind you of anything, Mister ­Eurocrat?

That colourful background in the Gdansk of the 1970s and 1980s made it all the odder when, in 2014, Tusk quit the premiership of his country to become an EU grand fromage.

He had been Poland’s PM for seven years and the country had done well.

Yet he chucked that in so that he could succeed shrivelling nonentity ­Herman Van Rompuy as president of the European Council.

The job is less important than it sounds. Its occupant basically acts as a collector of opinions from EU heads of government and acts as their representative at ­international shindigs.

A BIT OF A BRAWLER

That it was held by such a blinky-eyed vole as Van Rompuy was a measure of its significance. Yet Tusk chucked in the prime ministership of his country for it!

Brussels may offer wonderful pensions, top-trough brasseries and as many rides in the back of a BMW 7 Series as you could wish, but had Tusk gone mad?

The answer to that question is “not ­necessarily”. He saw that under EU rules, national governments are now increasingly junior to the federal superpower.

The real power in Brussels lies not with Tusk, nor even with boozy European ­Commission president

Jean-Claude ­Juncker, but with the backroom officials such as Martin Selmayr and Sabine ­Weyand. Both of them, you may notice, are ­German. This shift in powers has ­happened slowly over decades and ­electorates have taken a while to notice.

But now the voters are copping on and are at last making their ­displeasure plain.

The British Leave vote was the first (but probably by no means the last) great expression of that anger.

All of which helps to explain why ­unelected EU officials have been so ­spittingly angry with the British public for voting Leave. We have busted the dam.

That is why Tusk snarled at us on Wednesday. He and his sort feel badly threatened by Brexit.

They feel understandably insecure about the future of the federal EU project. 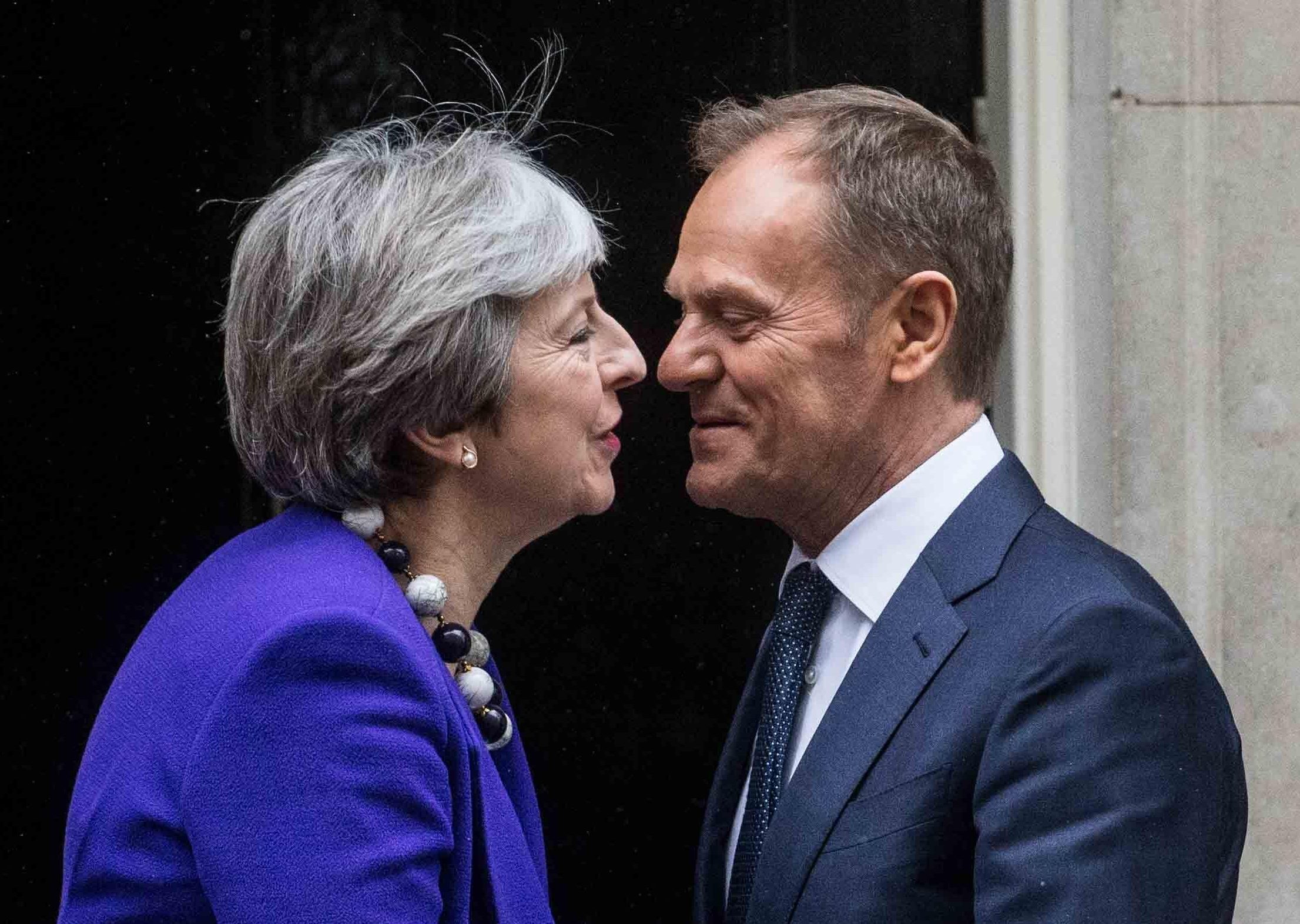 The Tusks of this world regard the ­peoples of Europe as an inconvenience.

They were appalled with David Cameron for letting the referendum happen and they are now appalled with our MPs for not stopping Brexit.

Shortly before his “hell” remark on Wednesday, Tusk expressed his disbelief that Theresa May was insisting on ­pressing ahead with Brexit, and his ­disappointment that Remainers at ­Westminster had not succeeded in blocking our departure from the EU.

At that point I must confess I shouted something rude at the television in my office. “It’s because we had a f***ing ­referendum and we voted to leave!” I cried.

Shouting at a TV set: Uh-oh, I may have been driven as mad by Brexit as dotty Tory Europhile Anna Soubry. Tusk’s ­outburst was similar. Everyone’s losing it!

The teenage Donald Tusk — the one who used to tour the streets of Gdansk with his gang — would, I think, have ­understood. I am not recommending ­violence but politically this is certainly a time we could all do with clenching our knuckles and looking out for our interests.

Cruising for a bruising, a young lad in Gdansk might once have said.