Number 10 has dismissed calls by Tony Blair for a second Brexit referendum claiming giving people a vote will further divide the nation.

Mr Blair insisted Theresa May must call a second referendum with the option of remaining in the European Union because parliament is deadlocked.

The former PM said there was no majority in Westminster for Mrs May’s own Brexit plan or leaving without a deal. 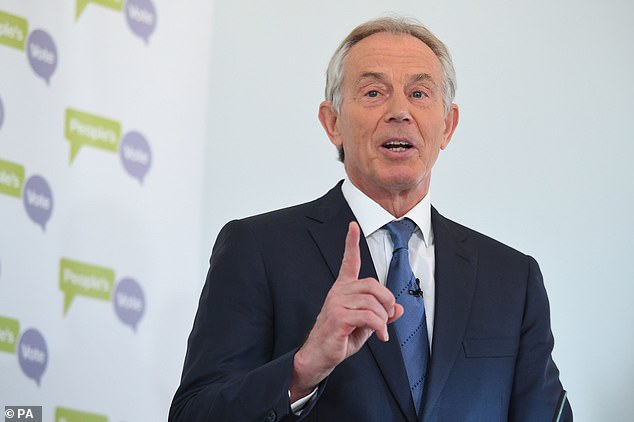 However, a Downing Street spokesperson rejected Mr Blair’s advice claiming the PM has been ‘could be clearer’ about her view of the divisive nature of a second referendum or delaying Brexit.

The spokesperson told The Express: ‘It is our firm foreign policy position that we are not going to revoke Article 50.

‘And as regards a second referendum, I don’t think the Prime Minister could be clearer that she believes that doing that would risk dividing the country at a time when we should be striving to bring it back together.’

Mr Blair said the EU might be willing to reform freedom of movement rules to accommodate concerns Britain has if the country decides to remain.

Mr Blair made a new speech setting out the case for a referendum yesterday – urging Mrs May to admit Parliament had ‘taken the initiative’ and must not lead the process.

He warned the ‘most divisive’ thing would be to keep trying to force through a divorce deal that has no support in the country.

Mr Blair’s intervention came as Mrs May struggled through another EU summit disaster where leaders gave the PM little of what she asked for to ease the deal’s passage.

Mr Blair said: ‘We have had 30 months of negotiation. Universally it is accepted that this negotiation has been massively more fraught than anyone ever imagined.

‘Survey the political wreckage of the past weeks… Chaos, the character of the process; and no viable solution in sight.

‘The clock which should never have been set ticking now ticking ever louder as we approach the midnight hour.

‘How can it be said that in these circumstances, given the riot of confusion… it is wrong to go back to the people and ask that they clarify whether they wish now, in the light of all this, to remain or leave?’

He added: ‘European leadership must catch up with these developments and begin preparation. If Britain were to choose to have a new referendum, we would need Article 50 to be extended.

‘Above all, Europe would need to decide whether to take an historic opportunity and set out a new offer to the British people which also answers the concerns of citizens across Europe.’

Earlier Mr Blair claimed a ‘senior European leader’ had admitted to him free movement needed to be changed in future. 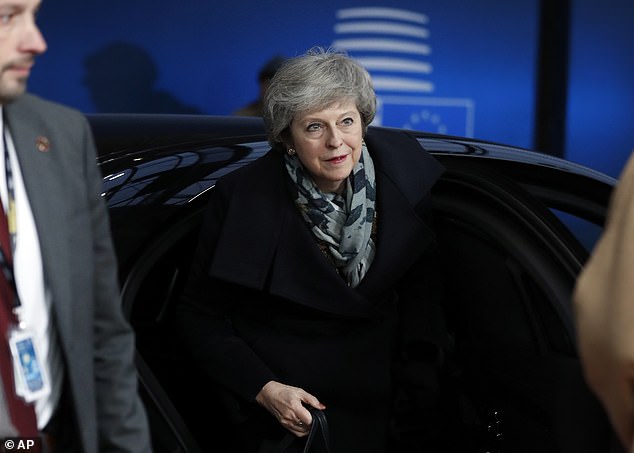 Mr Blair made a new speech setting out the case for a referendum today – urging Theresa May (pictured today in Brussels) to admit Parliament had ‘taken the initiative’ and must not lead the process.

He told the Today programme:  ‘Let’s be clear, in the last 30 months the European politics has been transformed.’

Asked if he specifically meant free movement, Mr Blair said: ‘Well, I think yes, absolutely. And if you take freedom of movement and the question of immigration, this is an issue all over the European politics today.

‘So yes, I think it would be sensible and right if Europe also responded if Britain said ”look we are prepared to think again”.

‘Europe should step forward with a series of measures that would allow people in Britain to understand and be listened to and frankly people all over Europe to feel they’ve been listened to.’

Mr Blair said Parliament would end up backing a referendum because ‘no other option of Brexit works’.

He said: ‘The real reason we should have another referendum is that we have had 30 months of negotiation and let’s be clear, we are in crisis mode on this.’ 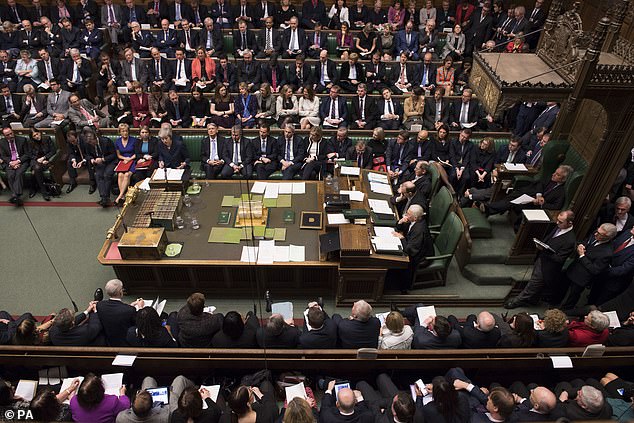