The middle-aged man, who was speaking in a thick Scottish accent, started screaming at a man on the London to Leeds service on Sunday. 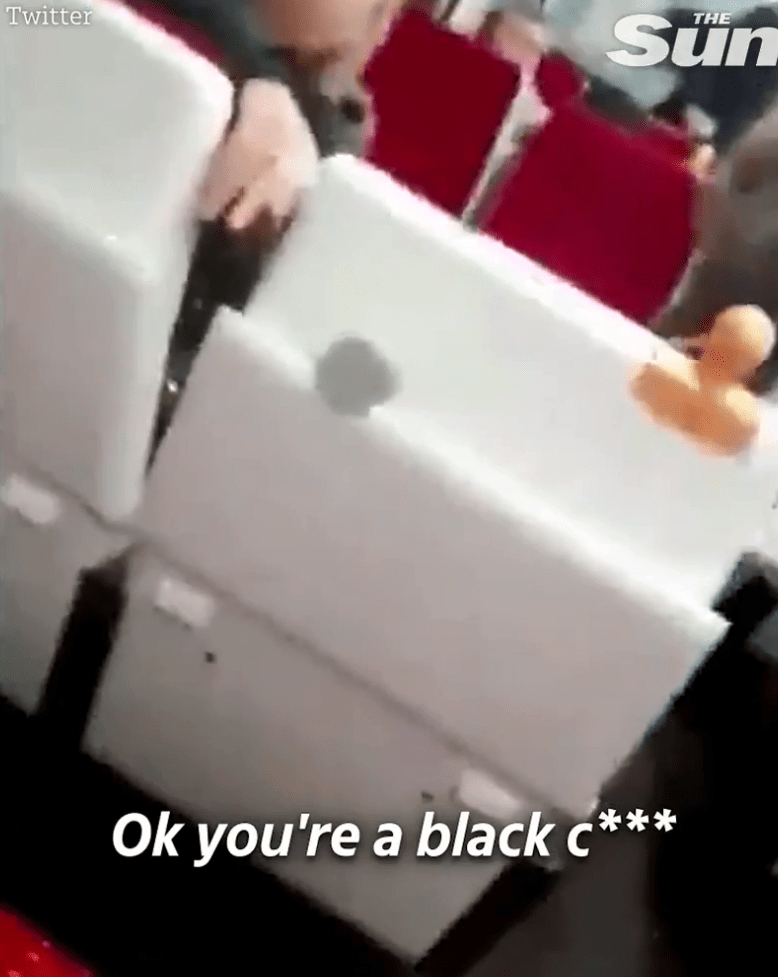 He later aggressively shouted a series of racial slurs at a woman after referencing the former English Defence League leader.

An unnamed passenger who witnessed the incident said the man was part of a large group returning from Mr Robinson's "Brexit betrayal" march in the capital on Sunday. 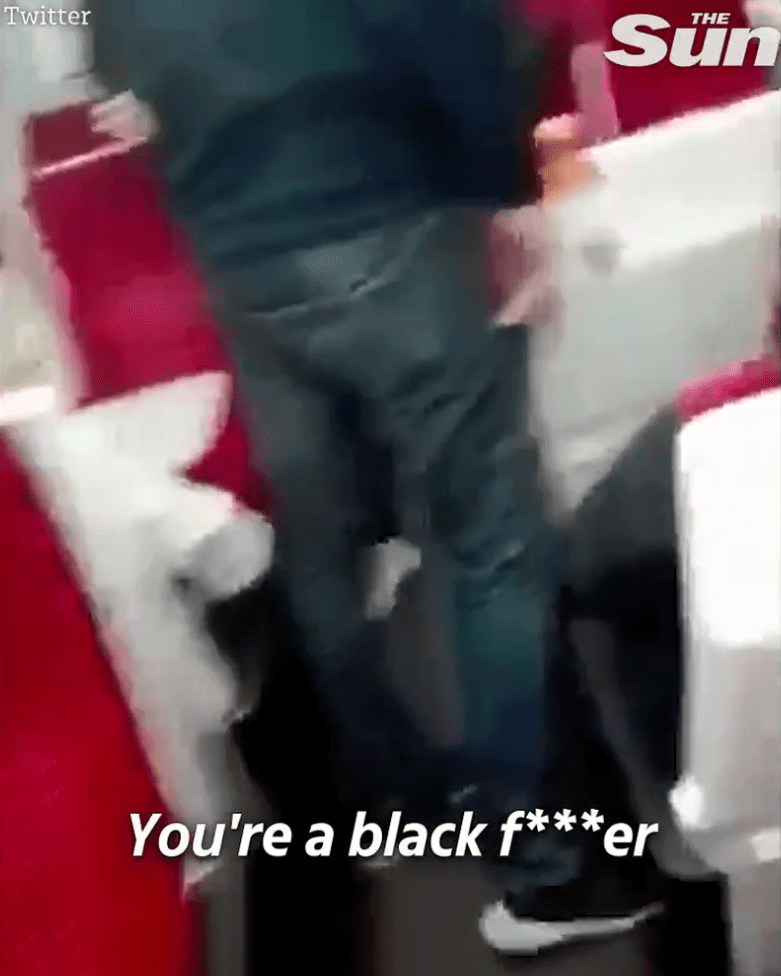 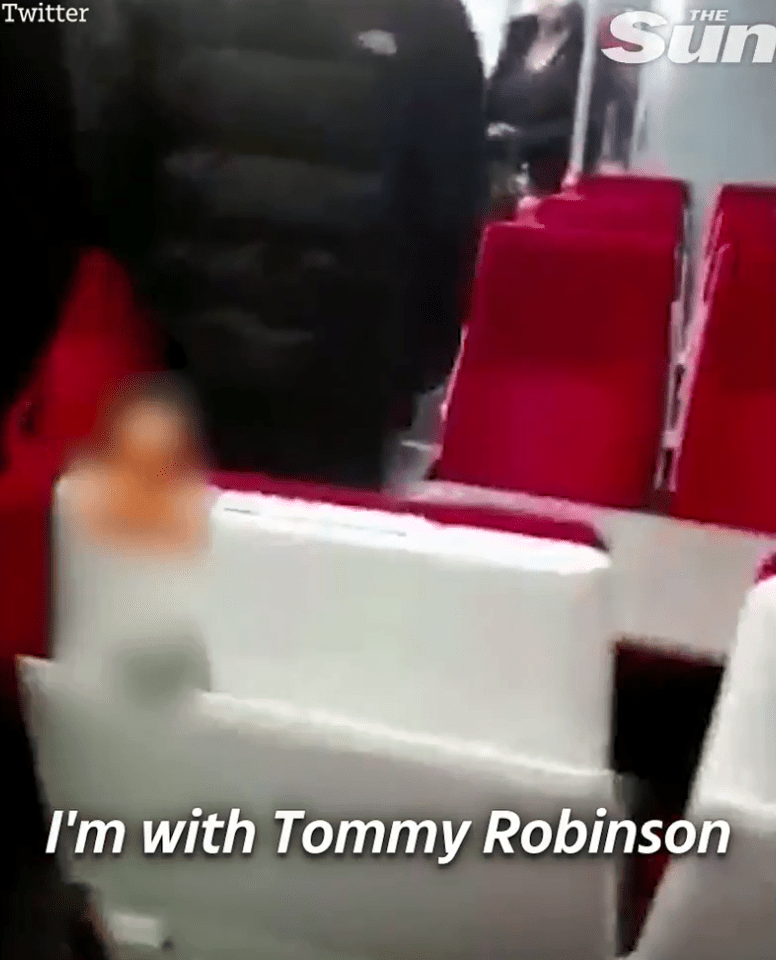 When questioned about the video, Mr Robinson, now a Ukip adviser whose real name is Stephen Yaxley-Lennon, said: "I blame you the media for w****** like this thinking this is what I'm about.

"If this idiot knew what I stand for then he would know that many of the people I love are black."

He added: "If it's legit it's disgusting, and it angers me and frustrates me because misinformation is continually told about me and what I represent."

British Transport Police said it was investigating the video and had arrested two other men, both from Kettering, after being called to reports of a "large disturbance" on the service. 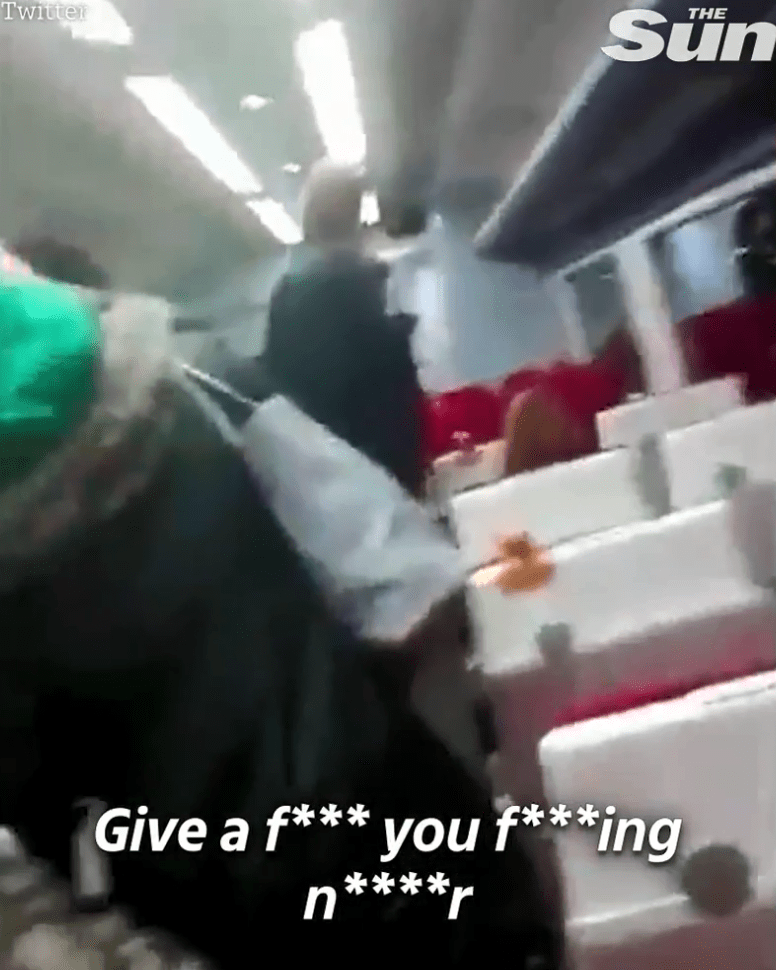 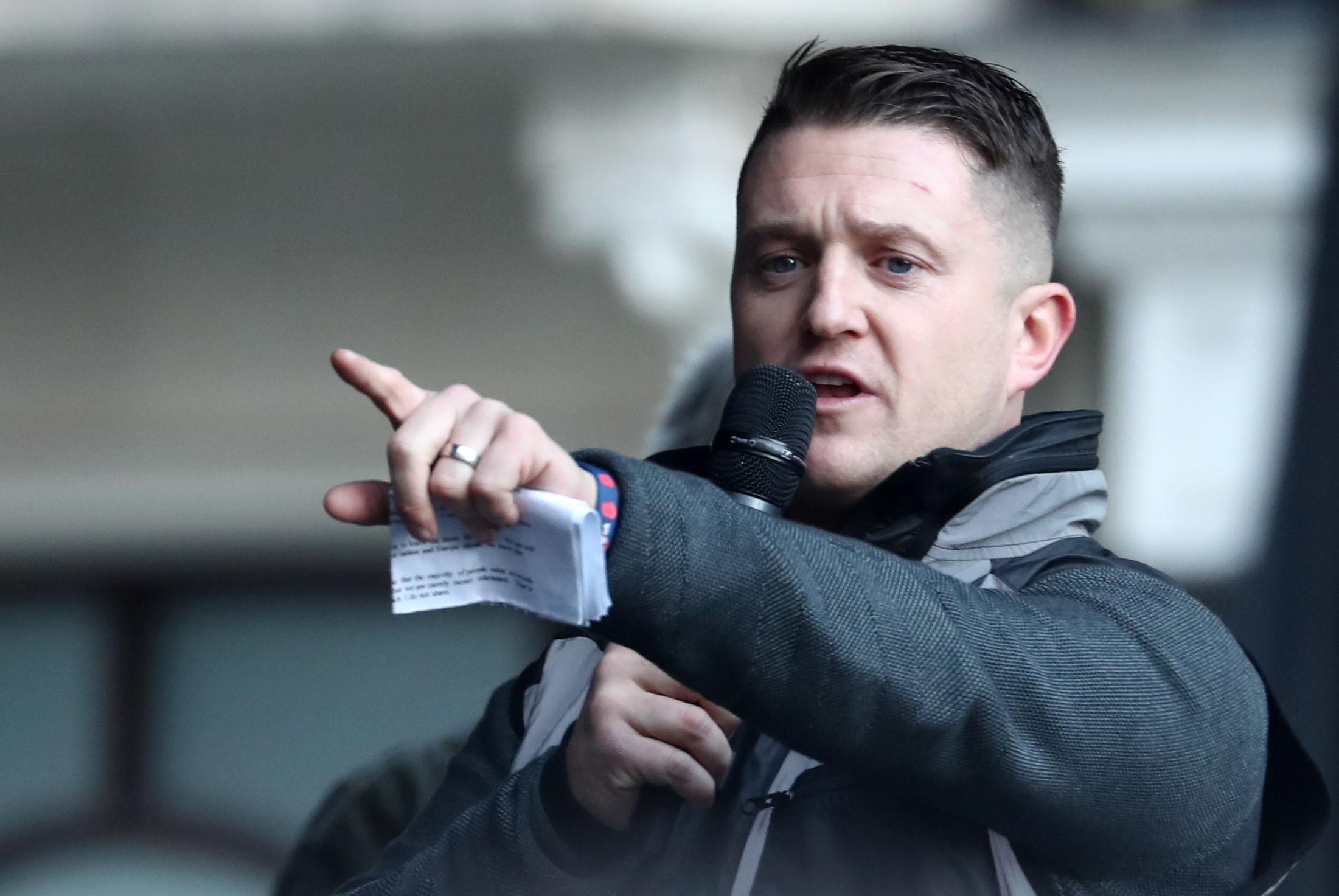 After the man is seen repeatedly shouting at a woman on the service, shocked passengers are later seen disembarking the train at Bedford and speaking to police about the incident.

One woman tells the camera: "I've been racially discriminated on the train, and called a n****r… a black c***.

The incident follows a viral video of an incident at a school in Huddersfield, in which a Syrian refugee is seen being hurled to the floor by an English schoolboy.

A British Transport Police spokesperson said: “Officers were called to Bedford station at 9.20pm on Sunday evening following reports of a large disturbance on board a Leeds bound train.

“Officers are also investigating footage which has emerged on social media of a man being racially abusive to passengers on board the same service.