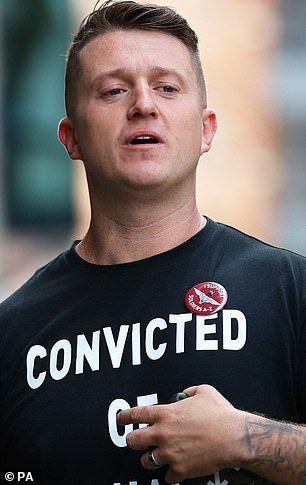 Robinson (pictured) could soon be banned from every England game

Tommy Robinson could be banned from every single football match that the England squad plays.

The English Defence League founder, whose real name is Stephen Yaxley-Lennon, punched a fellow Three Lions fan in Portugal in June last year in an attack caught on camera.

Footage emerged of the thug flooring the supporter during the Nations League finals.

The UK Football Policing Unit is now working with Bedfordshire Police to get him banned, Mirror Online reports.

Video of the incident is likely to be used to secure a banning order barring him from all British grounds as well as those played by England at home and abroad.

The 36-year-old thug hit the fan in Guimaraes before England’s 3-1 defeat to the Netherlands in the semi-final on June 7.

Robinson, whose pseudonym was taken from a Luton Town FC hooligan, is seen knocking the man to the ground and saying: ‘Try that again and you will get knocked out again, bruv.’

A witness at the time said: ‘Robinson throws a punch. This is from a man who was trying to become an MEP. This shows what he is really about.’ 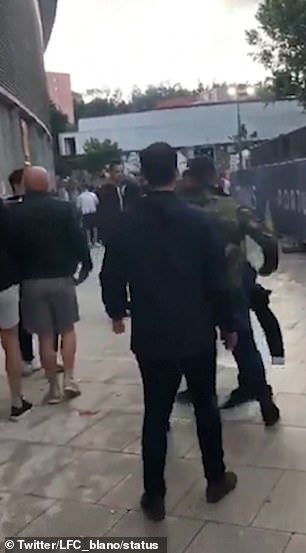 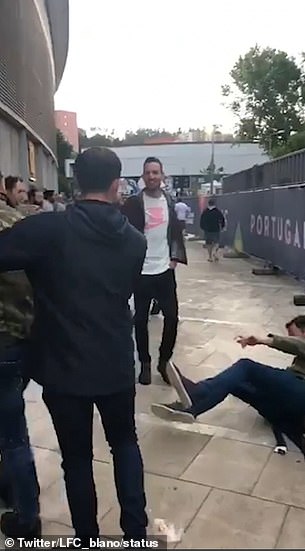 Tommy Robinson was caught on film hitting an England fan in the face outside the Estádio D. Afonso Henriques in Portugal ahead of England’s game against the Netherlands

Robinson, who ran as an independent in the EU elections, claimed the fan had been ‘rowdy, abusive’ toward him.

Before the match, he had posted a message celebrating the fact that no ban was in place. Robinson’s post included the caption: ‘No football banning order here, mate.’

Bedfordshire Police applied for a banning order to be placed upon Robinson when he flew flag that said ‘F*** ISIS’ during Euro 2016.

The force argued that he was inciting hatred against Muslims, but Robinson successfully challenged it. 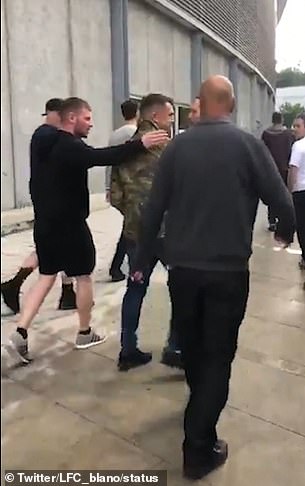 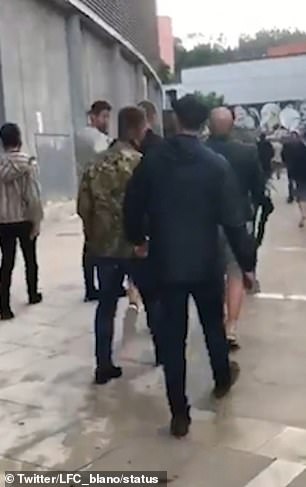 The EDL founder and former leader was walking alongside fans when someone appears to have made a remark to him, prompting him to lash out

Papers have been served and a hearing is set for Luton Magistrates’ Court on October 18.

Robinson was convicted of hooliganism for leading 100 Luton Town fans in a 2011 clash with Newport County.

He lost his £5,000 deposit in the EU election after garnering just 2.2 per cent of the North West vote.