Before taking any questions, Tampa Bay Buccaneers quarterback used his Thursday media availability to issue an apology for a statement he made about playing football and the military on his “Let’s Go!” podcast earlier in the week.

The seven-time Super Bowl winner said he used “a very poor choice of words” while discussing his lack of work-life balance during football season.

Tom Brady apologizes for a poor choice of words in comparing his commitment to football to military deployment. pic.twitter.com/kRpSEzBFzg

“I almost look at a football season like you’re going away on deployment for the military,” Brady said Monday, “and it’s like, ‘Man, here I go again.’”

Brady, 45, was speaking with Brooklyn Nets star Kevin Durant about the need to separate from normal life in the effort to win a Super Bowl.

During the conversation, Brady also acknowledged the desire but inability to spend more time away from work because of his innate competitiveness:

“You can really only be authentic to yourself,” he said. “Whatever you may say, like, ‘Ah, man, I want to make sure I spend a little more time doing this,’ when it comes down to it, your competitiveness takes over. And as much as you want to have this playful balance with the work balance, you’re going to end up doing exactly what you’ve always done, which is why you are who you are. You’re going to go, ‘How … do I get it done?’” 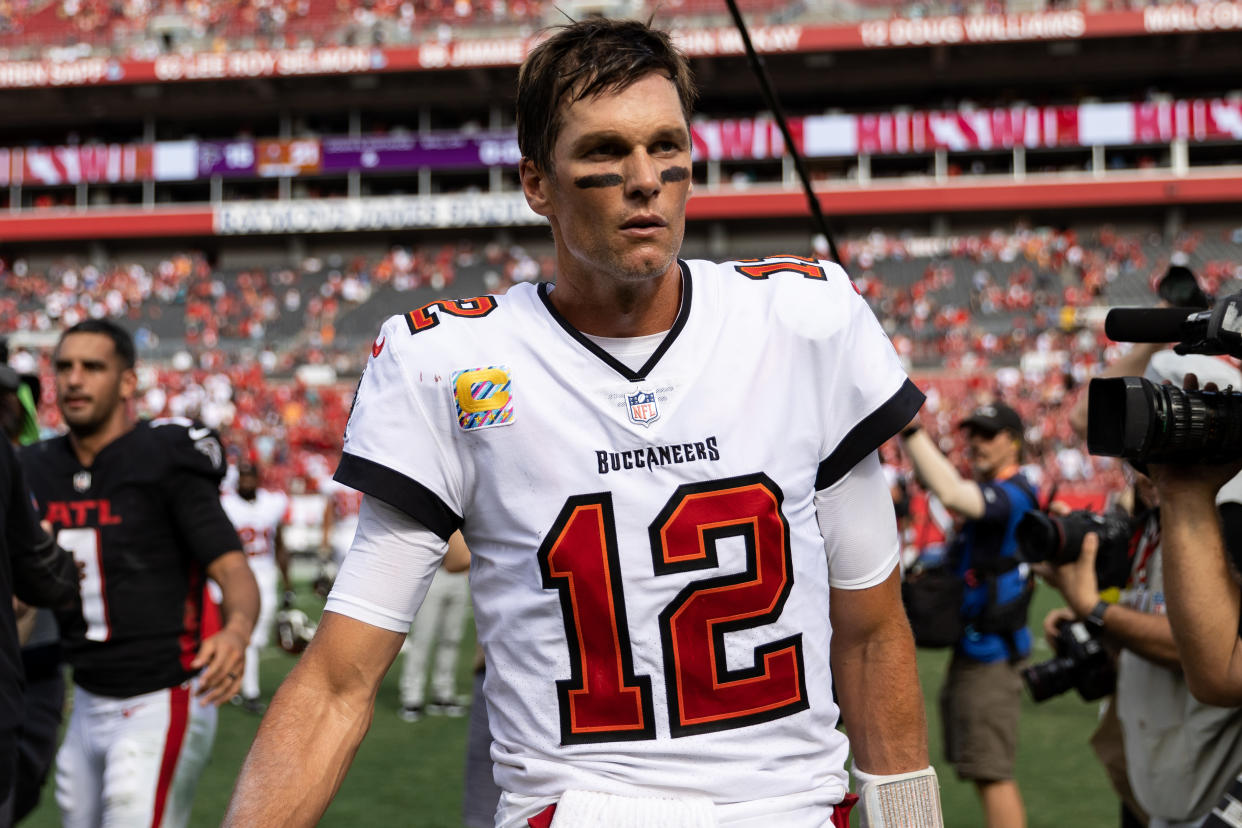 This may not be the farewell season Brady foresaw when he un-retired in March. Even before his podcast comments, Brady's work-life balance has seemed to require more attention from the quarterback than usual.

Brady missed two preseason games and over a week of training camp in August due to “personal reasons.” Most recently, he attended Patriots owner Robert Kraft's wedding in New York City and skipped the Buccaneers' meetings and walk-through Saturday before joining his teammates in Pittsburgh, where they lost to the Steelers on Sunday.

Absences aside, Brady also used his media availability to say that he still has no plans to retire.

"I love the sport. I love the teammates. I want to do a great job with this team like I always have. So, no retirement in my future" Brady said Thursday.

“No retirement in my future.”

Tom Brady really is going to play until he’s 50 😂pic.twitter.com/Z1aq23tXoe