Little 17-month-old girl drowned after her mother left her unsupervised in the bath and went downstairs, inquest hears

A 17-month-old little girl drowned after her mother left her in a bath while unsupervised at their home, an inquest has heard.

Alia Tawfeeq was pronounced dead at the Royal Stoke University Hospital in January 2017 and a post-mortem examination found it was most likely she had drowned.

An inquest into the toddler’s death has now been formally concluded, after her mother Aarazoo Tawfeeq pleaded guilty to cruelty to a child. 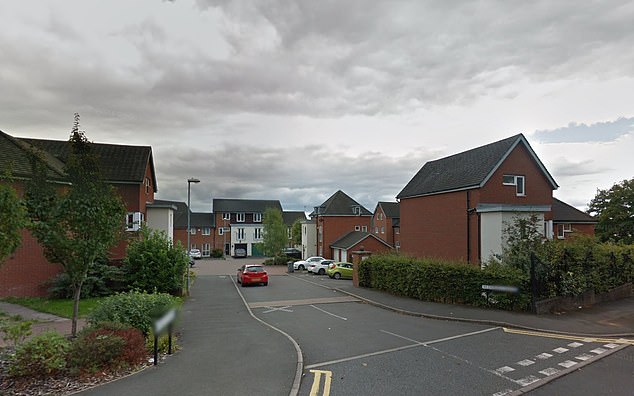 Alia Tawfeeq died after her mother left her in the bath at her home in this street in Burslem, near Stoke in 2017

Assistant coroner Sarah Murphy said: ‘The deceased was in the bath while her mother was downstairs. The mother had not been constantly supervising the child. The cause of death was drowning.’

The inquest into Alia’s death had been adjourned at North Staffordshire Coroner’s Court in April 2017, pending a decision from the Crown Prosecution Service as to whether criminal charges would be brought in the case.

In 2018, Tawfeeq was charged with manslaughter by gross negligence in relation to her daughter’s death.

She was due to go on trial in September this year, but pleaded guilty to a charge of cruelty to a child on September 17, which was accepted by the Crown Prosecution Service.

The offence includes instances of neglect and failure to protect a child as well as cases involving assault and ill-treatment.

The 36-year-old, who at the time of Alia’s death lived in Burslem, near Stoke-on-Trent received a nine-month prison sentence, suspended for 12 months.

Ms Murphy said: ‘Given the criminal proceedings where the facts surrounding the death have been heard in public I do not find sufficient reason to resume the inquest. That concludes matters regarding the very sad death of Alia Tawfeeq.’