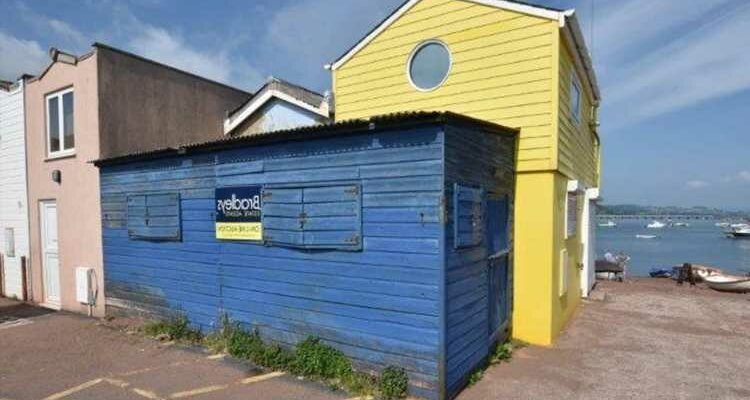 THIS tiny battered shed is up for sale for a whopping  £45,000 — because it sits just near a beach.

The freehold hut is within just a few meters of Teignmouth's Back Beach and has been in the same family ownership for 90 years. 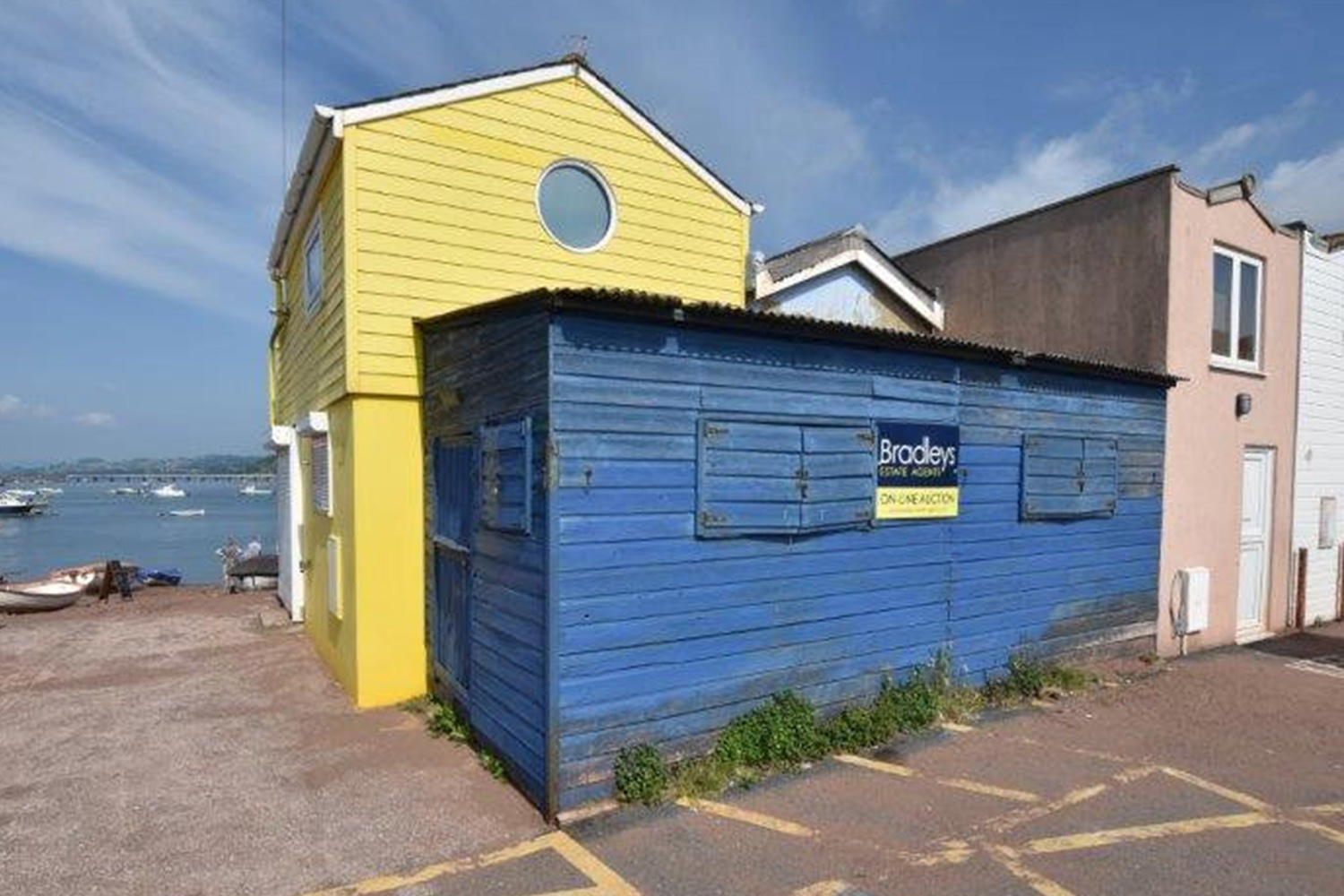 But the hefty price tag does not include the river beach hut it's attached to.

Estate agents Bradleys of Teignmouth say they have had serious interest in the hut on the Lower Point Car Park.

James Carden of Bradleys said: "It's literally ten yards from the beach — you walk out the door and you're on it.

"This is slightly off pitch — it's behind the front row of beach huts on the back beach but is attached to a nice yellow hut.

"This blue hut has been with the family for 90 years and they've used it as their family summer beach hut.

"These don't tend to come up very often and seem to stay in the families forever. When they do sell they tend to sell within the community." 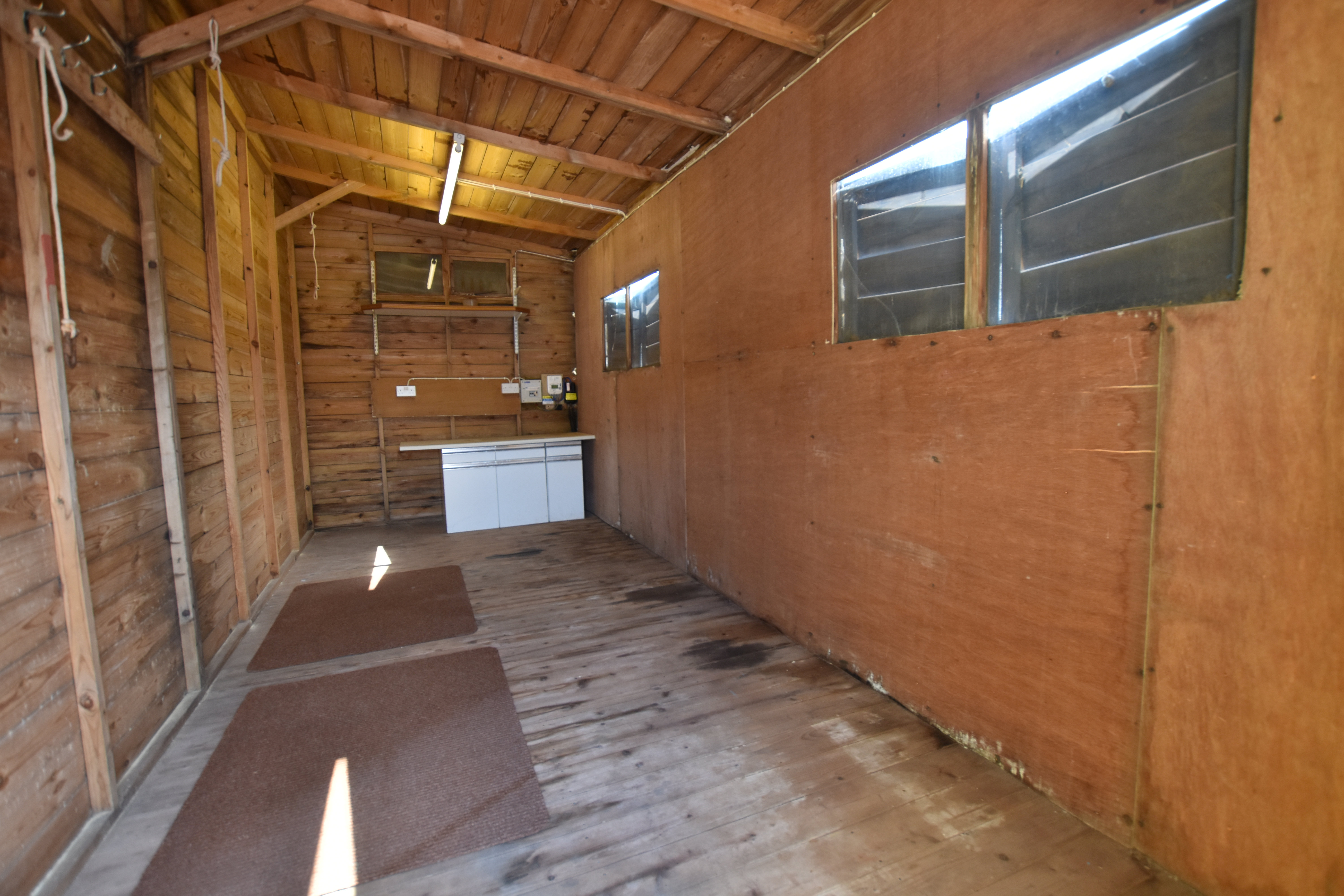 Mr Carden said the owners had it rented out to another family for about ten years but they've now vacated it.

He added: "We've had a couple of interested parties asking about commercial use.

"It's freehold — a lot of beach huts are leaseholds, you put them up at the beginning of summer then have to take them down."

The auction runs up until noon on July 16 and can be viewed here. 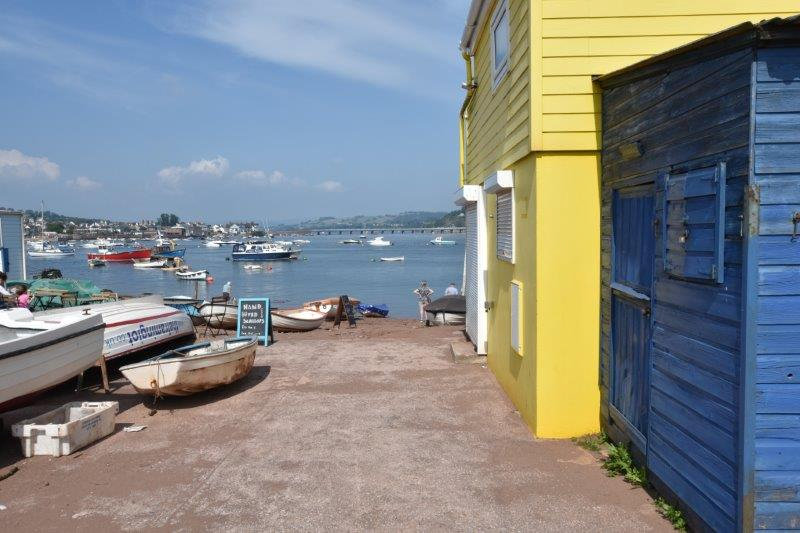