The Tears of TikTok: Social media stars with millions of followers bid farewell to the popular video-sharing app where they shot to fame after President Trump announces he’s banning the Chinese-owned platform

TikTok stars are bidding farewell to the popular video-sharing app after President Trump announced he was banning the Chinese-owned platform on Saturday, amid national security concerns.

The social media outlet, where users can create 15 or 60 second videos, has grown wildly popular among young people over the last year and is estimated to be used by more than 80million Americans.

As news of the ban broke on Friday, TikTok stars rushed to say their final goodbyes to the app where they found celebrity status, asking fans to follow them on Instagram or YouTube instead. 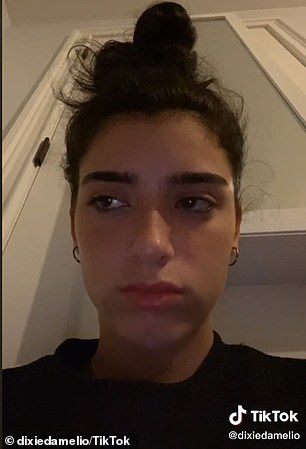 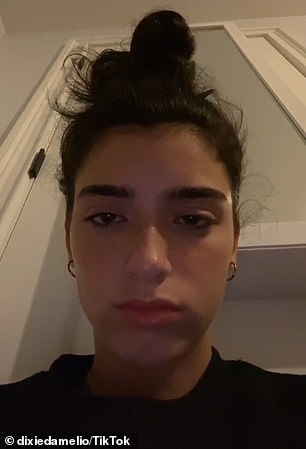 TikTok mega-star Dixie D’Amelio, who boasts 32 million followers, uploaded a video of herself reacting to the demise of the app 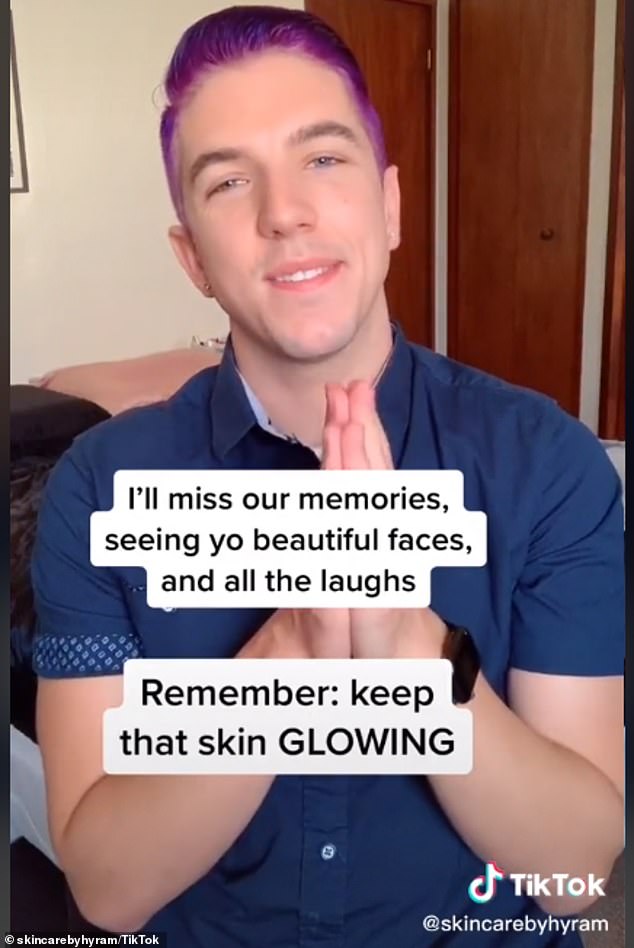 Skin care guru Hyram, who gained a following after sharing tips on beauty and skin care products, shared a farewell video to 5.4millon followers on Friday 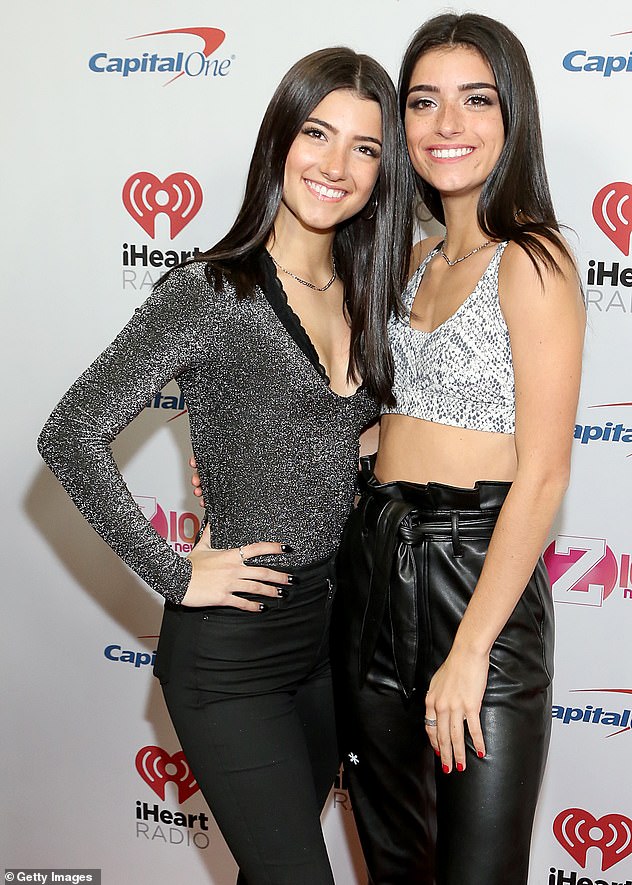 The D’Amelio sisters, Dixie, 18, and Charli, 20, are among young stars who have made a career from TikTok, after videos of their dances went viral. Charli (left) is currently the most-followed user on the app, with  75.1million fans

Among them was popular skin care guru SkincarebyHyram, who has amassed 5.2 million followers in recent months by sharing videos of his beauty and skincare tips.

‘Goodbye y’all. You have all made my life incredible for the last five months. I’ll miss our memories, seeing your beautiful faces and all the laughs,’ he said in a video.

TikTok mega-star and singer Dixie D’Amelio, also uploaded a video of herself reacting to the demise of the app, staring blankly at the camera as her song ‘Be Happy’ played in the background.

Dixie, 18, and sister Charli, 16, from Norwalk, Connecticut, became two of the most popular users on TikTok, which they joined last summer, after videos of their singing and dancing went viral.

Charli, who is yet to react to the ban, is currently the most-followed star on TikTok, boasting 75.1 million followers, while her older sister has 32 million.

The girls have been known to make videos with fellow TikTok celeb Addison Rae, who is followed by 53.3million users. 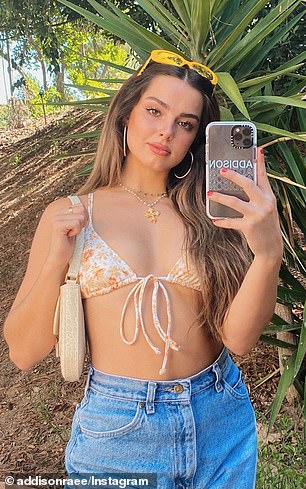 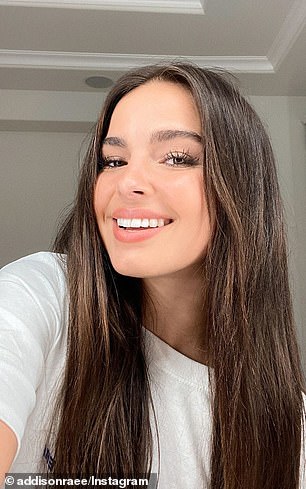 TikTok has propelled the careers of many young social media users including Addison Rae, who is followed by 53.3million users and has created videos with Kardashian sisters 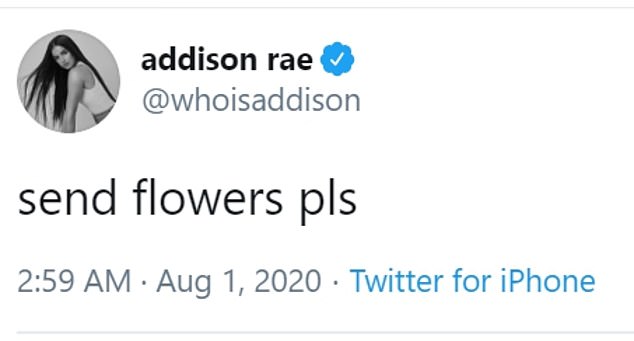 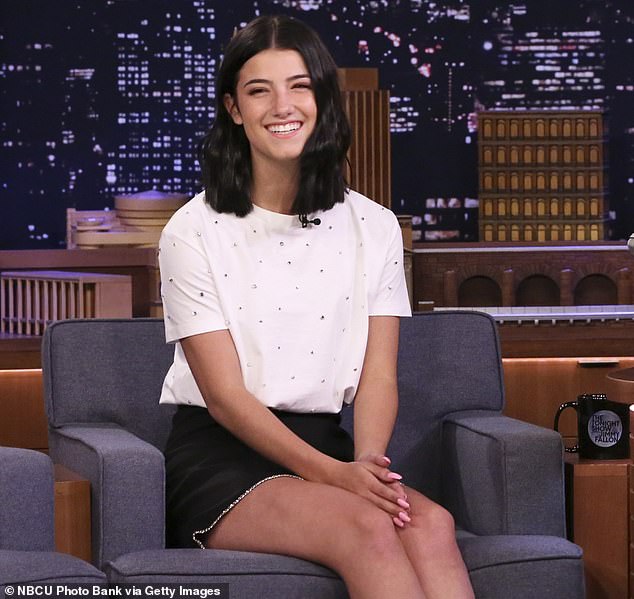 Earlier this year, 16-year-old Charli D’Amelio (pictured on the Tonight Show with Jimmy Fallon)  became the first TikTok star to land a Super Bowl commercial when she appeared in an ad for Sabra Hummus

Popular TikTokers Tony Lopez and Michael Le, also known as JustMaiko, each shared videos asking fans to find him on other social media platforms before the app shuts down for good.

The shuttering of the app will not only be a loss to the millions of fans joined to participate in viral trends, but it has sparked concerns for those who now use it to make a living.

Tik Tok has produced a community young celebrities, many of whom have been able to make careers as influencers after landing lucrative sponsorships with brands.

Earlier this year, Charli D’Amelio became the first TikTok star to land a Super Bowl commercial when she appeared in an ad for Sabra Hummus.

As for getting paid for social media content, the teenager reportedly charges up to $100,000 per post, according to Cosmopolitan.

Charli and Dixie have also partnered with Hollister and makeup brand Morphe in the last few months alone.

The same goes for Addison Rae, who joined TikTok last July and has since amassed a massive following, with 3.1billion likes, and has been featured in videos with the Kardashians. 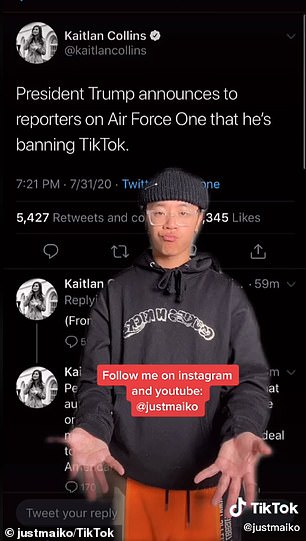 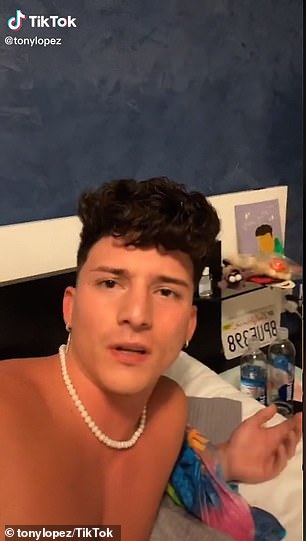 Michael Le, also known as JustMaiko (left) has amassed 34.5million followers through his popular dancing videos. He and fellow TikToker Tony Lopez shared videos asking followers to find them on other social media platforms before the app shut down for good

‘If TikTok actually gets banned please support your favorite creators and follow them on all other social platforms immediately. Your support means more than you know,’ one Twitter user said on Friday.

TikTok has raised concern among worldwide and U.S. officials for its potential threat to security, along with claims that the Chinese government is using the technology to spy on citizens.

On Friday, Trump said the popular video-sharing platform could be barred as soon as Saturday by executive order or through use of emergency economic powers.

‘As far as TikTok is concerned, we’re banning them from the United States’ he told reporters on Air Force One as he returned from Florida.

‘Well, I have that authority. I can do it with an executive order or that [emergency economic powers].’

The president also made clear he did not support an American company to purchase TikTok’s U.S. operations after an earlier report claimed Microsoft was ‘in talks’ to acquire the platform. 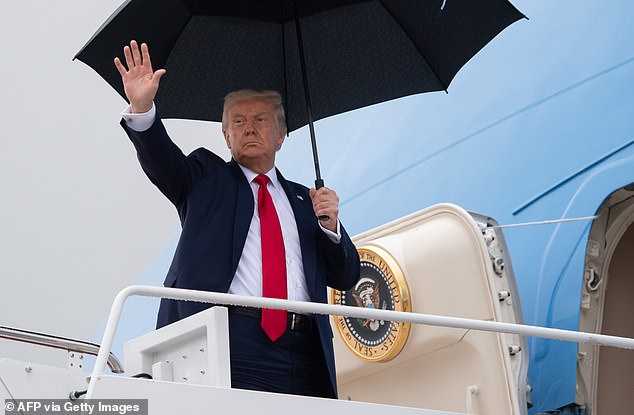 Trump told reporters he could ban TikTok in the U.S. as soon as Saturday, while traveling back from Tampa on Air Force One Friday 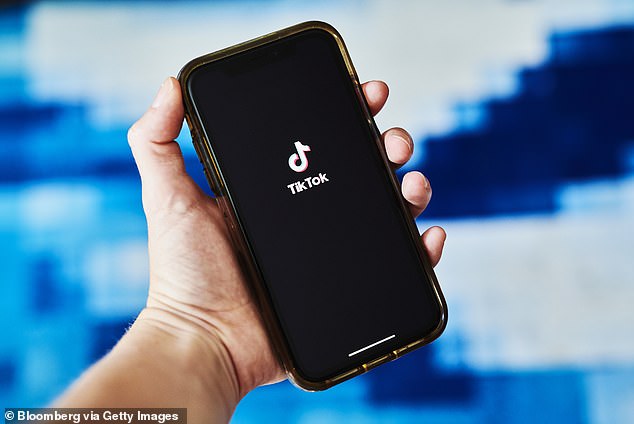 TikTok’s wide popularity among American teens has brought scrutiny from U.S. regulators and lawmakers who fear their personal information could fall into the hands of government officials in Beijing

Sources told The New York Times on Friday that a deal was in the works, but it was unclear where the two firms stood.

At the same time, reports had claimed Trump was planning to order TikTok’s Chinese parent company, ByteDance to give up ownership of the platform.

Sources familiar with the matter told Reuters the White House, ByteDance and potential buyers of TikTok, including Microsoft failed to produce a deal that would result in the Chinese company shedding the app’s U.S. operations.

The talks are expected to continue in the coming days. 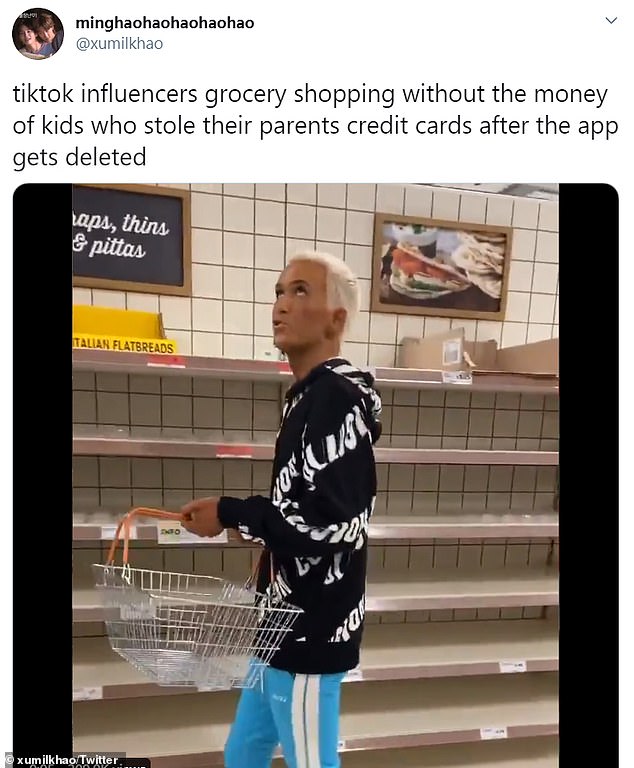 Twitter users reacted to Trump’s decision to ban TikTok, which has produced a number of young stars who now rely on it for their livelihood

Treasury Secretary Steven Mnuchin on Wednesday said the app was being looked at by the Committee on Foreign Investment in the United States, which reviews deals by foreign acquirers for potential national security risks.

ByteDance  has consistently denied any links to the Chinese government.

TikTok issued a statement Friday saying that, ‘While we do not comment on rumors or speculation, we are confident in the long-term success of TikTok.’

ByteDance launched TikTok in 2017, then bought Musical.ly, a video service popular with teens in the US and Europe, and combined the two. A twin service, Douyin, is available for Chinese users.

TikTok’s fun, goofy videos and ease of use has made it immensely popular, and US tech giants like Facebook and Snapchat see it as a competitive threat. 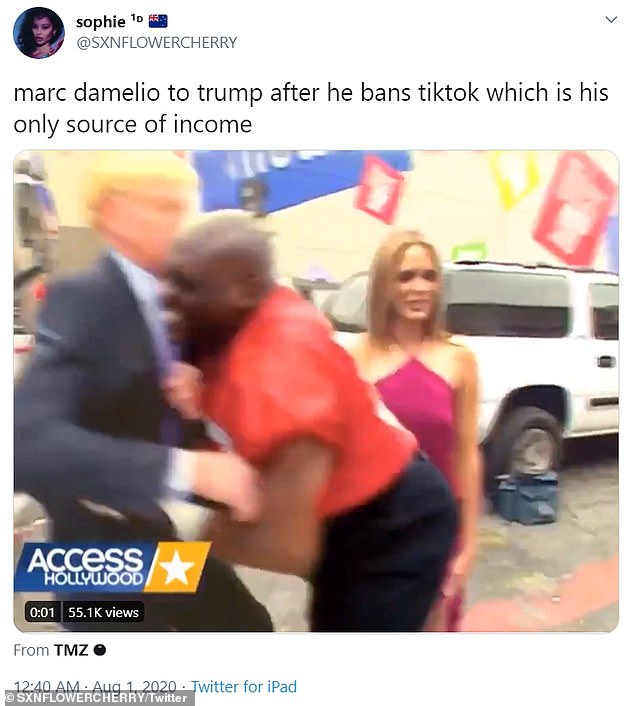