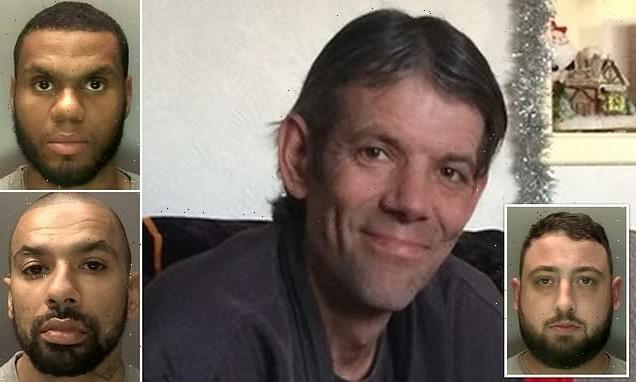 Three thugs have been jailed for at least 87 years for killing a father-of-five who was stripped naked and savagely beaten to death during a two hour torture ordeal.

Carl Woodall, 44, who was known as ‘Del Boy’ suffered 141 injuries after being hacked and thrashed with a machete, a large knife and a wooden handle.

A court heard the victim was wearing just one sock at the time he was found dead by his son and girlfriend at a unit on an industrial estate in Rowley Regis, West Mids.

Mark Campbell, Simmion Goldbourne and James McGhee were all convicted over his death earlier this week following at trial at Wolverhampton Crown Court.

Campbell, 39, and Goldbourne, 28, were found guilty of murder while McGhee, 28, was convicted of manslaughter.

Today Campbell and Goldbourne were jailed for life to serve a minimum of 36 years while McGhee was caged for 15 years. 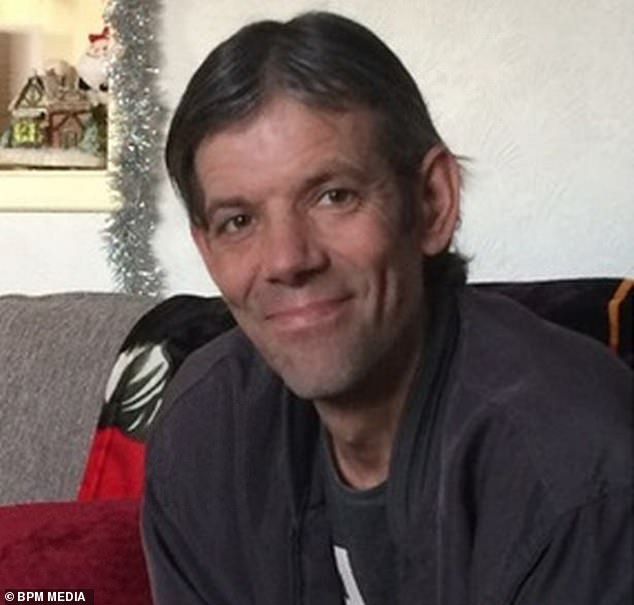 Three thugs have been jailed for at least 87 years for killing a father-of-five Cark Woodall, 44, who was stripped naked and savagely beaten to death during a two hour torture ordeal 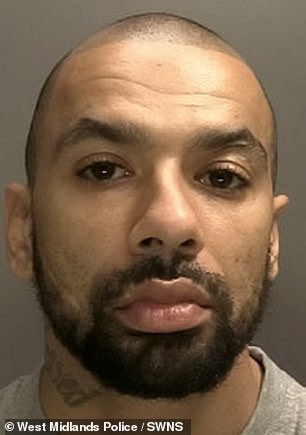 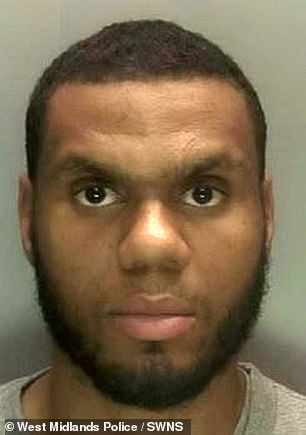 The court heard Mr Woodall died from a traumatic brain injury but defensive bruises and cuts suggested he was conscious for much of the attack on June 28 last year.

Police tracked down his killers, who are all from Nottingham, using CCTV and piecing together the links Mr Woodall had to the men.

Detectives discovered Campbell met Mr Woodall’s stepsons in prison in 2018 and made contact with one of them in June 2021. 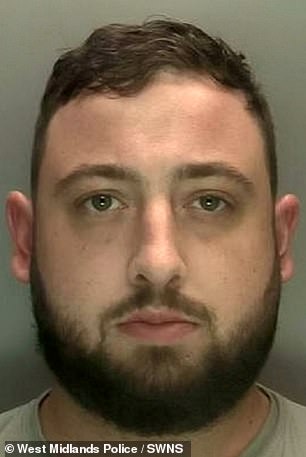 Pictured: James McGhee was found guilty of manslaughter and jailed for 15 years

Officers say Campbell spent time in a hotel in Halesowen, West Mids., and visited the Doulton Trading Estate near the murder scene.

It is thought he had a dispute with Mr Woodhall’s stepsons and left the area before returning with McGhee and Goldbourne days later.

Mr Woodall was nicknamed ‘Del Boy’ by pals due to his wheeler-dealings and selling items on eBay.

The court heard he had moved into a static caravan in a unit he rented at the industrial estate after separating from his ex-partner.

CCTV footage captured a silver Nissan Qashqai driven along Doulton Road by McGhee with passengers Goldbourne and Campbell inside at 1.15am.

Minutes later, Goldbourne and Campbell were seen looking around the premises before they returned to the car.

All three men then headed in the direction of Mr Woodall’s caravan before Goldbourne and Campbell scaled a metal fence and entered the yard at the industrial unit.

The pair then emerged at around 4.13am, with Goldbourne carrying a box and Campbell carrying a bag, before McGhee drove them away seconds later.

Mr Woodall’s naked body was discovered the next day and police were called. 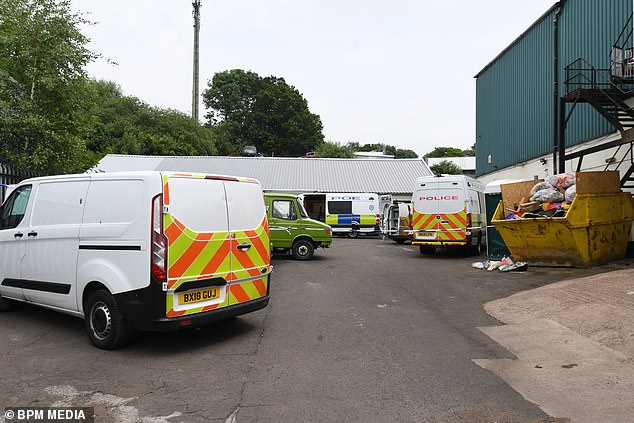 Forensic analysis of the unit showed that an untidy search had been made and a bloodstained knife and machete were found.

CCTV showed McGhee dropping Campbell at his girlfriend’s flat in Nottingham at around 8.30pm on June 27.

McGhee was later seen with a large amount of cash when he re-fuelled his car and bought snacks at a local garage.

He took a large blood-stained crowbar back home with him which police later found in his garden.

When the car was seized, Mr Woodall’s blood stains were found in the front passenger and rear seat.

Goldbourne was also caught on CCTV dumping a bag containing the clothes he wore on the night of the killing, in a skip.

Detective Inspector Hannah Whitehouse, of West Midlands Police, said after the case: ‘My thoughts are with Carl’s family.

‘He died in horrific circumstances and I cannot imagine how painful their loss is. 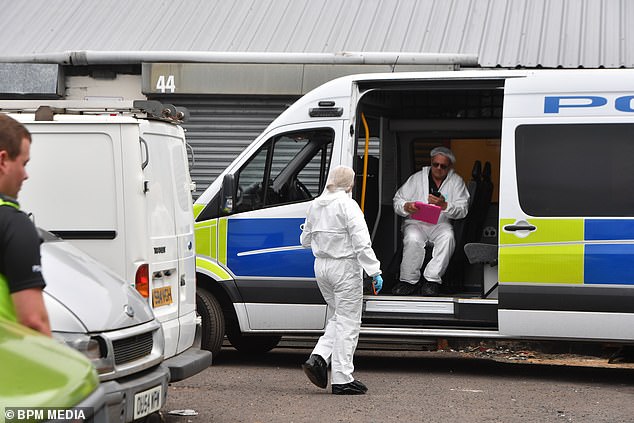 ‘We do not fully understand why Carl was killed but his death was senseless and the level violence used against him is deplorable.

‘Carl was a quiet and well-liked man, he had five children, three of which are very young.

‘He did nothing to deserve what happened to him on that dreadful day.

‘I hope the outcome at court today offers some solace to Carl’s family.’

In a statement, Mr Woodhall’s family said: ‘Carl was a quiet, hard-working man who loved his family and children.

‘He kept himself to himself and did not deserve to die in such horrific circumstances.

‘Carl’s family and friends are heartbroken about what has happened to such a kind, caring person.

‘His life has been needlessly taken away from everyone who loves him. We will never know why Carl was targeted in such a senseless way.

‘He will always be in our hearts and will forever be missed’.

A friend said: ‘Carl will always be Del Boy to me. He’ll be ducking and diving in heaven now. He had his problems but he’ll be really missed.’