BELGRADE (Reuters) – Thousands of people rallied peacefully in downtown Belgrade on Saturday to protest over an attack on an opposition politician and demand policy changes by President Aleksandar Vucic and his ruling Serbian Progressive party. 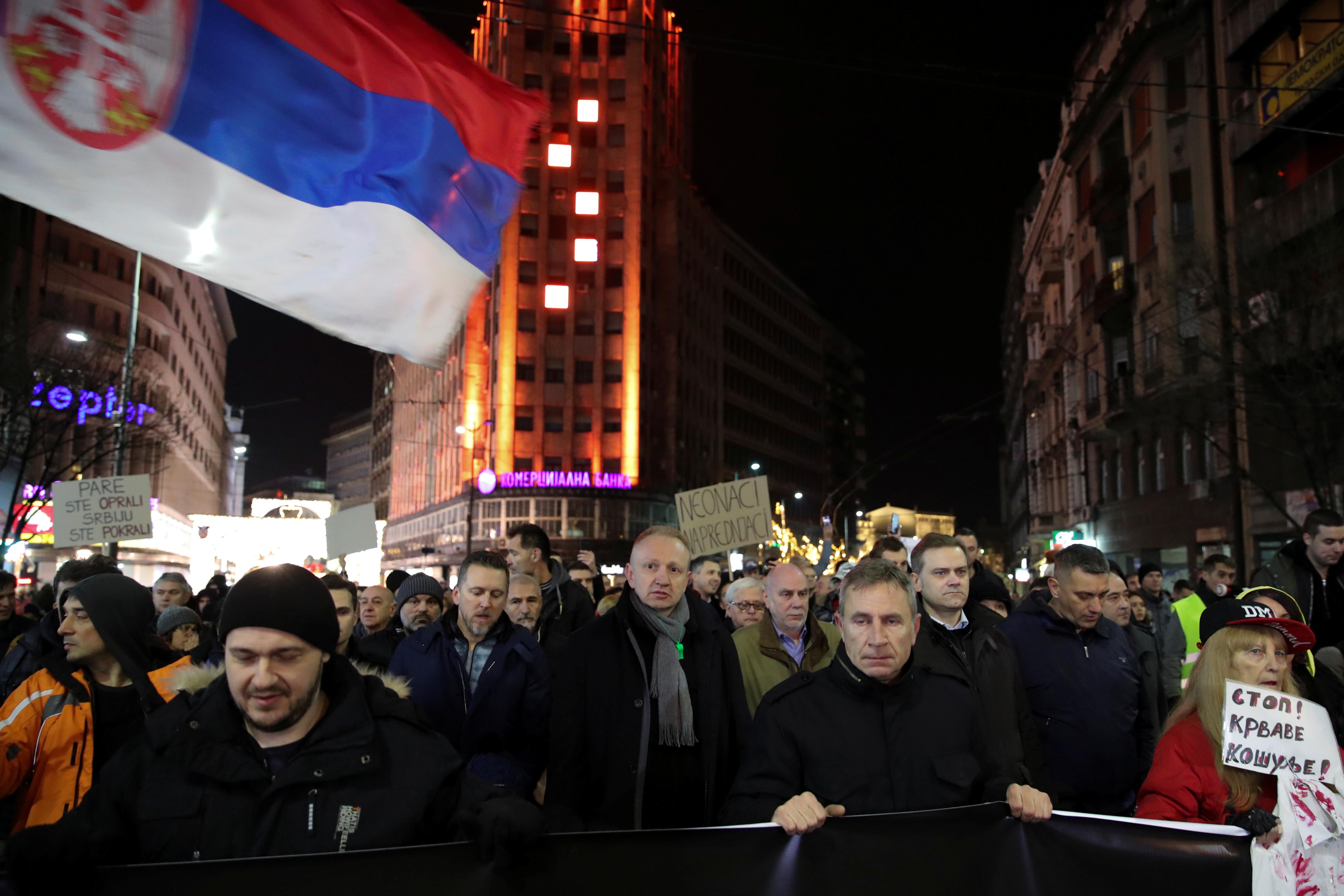 Under the slogan “Stop the bloody shirts,” the demonstrators chanted as they marched through the city center to condemn the assault on Borko Stefanovic, leader of the small Serbian Left party.

Stefanovic was attacked by a group of men wearing black clothing on Nov. 23 in the southern city of Krusevac and suffered minor injuries from being beaten with an iron rod.

Vucic said Stefanovic’s assailants were arrested shortly after the incident, but opposition figures maintain that his party was involved — something vehemently denied by Progressive leaders.

“The struggle must be waged with loud chanting against this disgusting, slimy regime,” Branislav Trifunovic, an actor and a protest leader, told the cheering crowd.

Opposition activists say Vucic is an autocrat and brand his Serbian Progressive Party as corrupt.

Vucic’s approval ratings have slipped somewhat since he won a 2016 presidential vote by a landslide, but he remains the country’s most popular political leader and his ruling coalition has a comfortable majority of 160 deputies in the 250-seat parliament.

“Corruption, violence, stifling of press freedoms, they (the Progressive party) do it all and Vucic is their kingpin,” said Radovan Peric, 49, a mechanic from Belgrade.

Saturday’s rally was called by former Belgrade mayor Dragan Djilas, leader of the Alliance for Serbia — a heterogeneous group of 30 parties, who described the protest as a gathering of citizens against authoritarian rule.

Opposition protests have been relatively rare in Serbia since the popular unrest that ousted former strongman Slobodan Milosevic in 2000.

Vucic, a nationalist firebrand during the violent collapse of the former Yugoslavia in the 1990s, later embraced European values and set Serbia’s membership in the European Union as the country’s strategic goal. He also maintains close ties with Russia and China.