Thomas Markle produced piles of medical bills that ‘prove conclusively’ he had not one, but two heart attacks before the wedding of Meghan and Harry.

Mr Markle had the first heart attack the weekend before the ceremony and has documents proving he was in hospital in Mexico for a day and a half.

He then felt well enough to drive to Los Angeles to deliver flowers to his ex-wife Doria before being taken ill again when he returned home to Rosarito.

‘The doctors told me I was having a second heart attack,’ he says. ‘I had a blocked artery which they call the widow maker. A friend took me across the border to a US hospital and they saved my life.’ 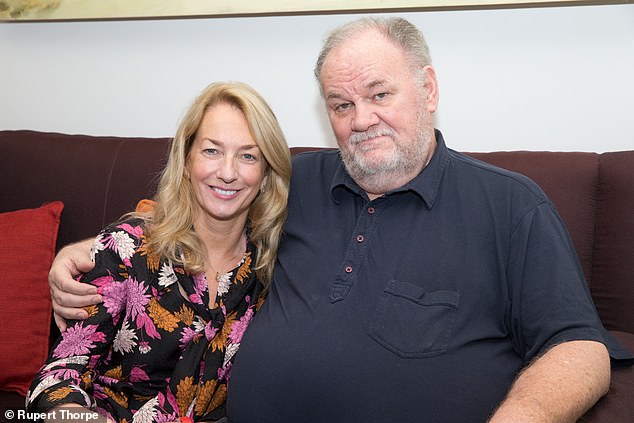 In a wide-ranging interview with Caroline Graham near his home in Mexico, Mr Markle revealed the anguish he feels at the thought of never seeing his daughter again 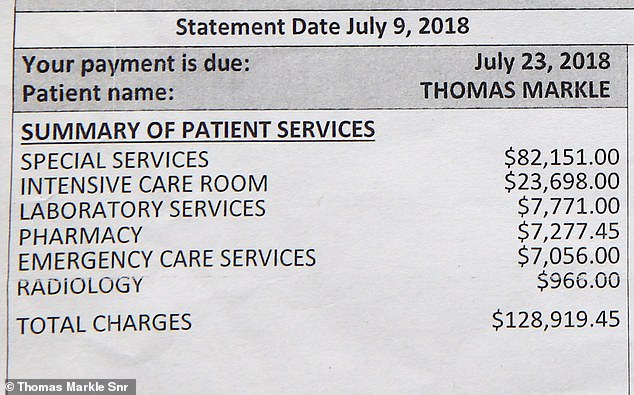 Mr Markle shared these documents, including an expensive receipt from a California hospital, as proof he suffered a heart attack

Bills totalling more than a £100,000 show he was discharged from Sharp Chula Vista Medical Center in California on May 17.

Prince Harry called when Mr Markle was recovering in hospital and said: ‘If you’d listened to me none of this would have happened’ – referring to the media stories about the faked paparazzi pictures.

Mr Markle hung up on Harry but says he regrets this because it started the rift.