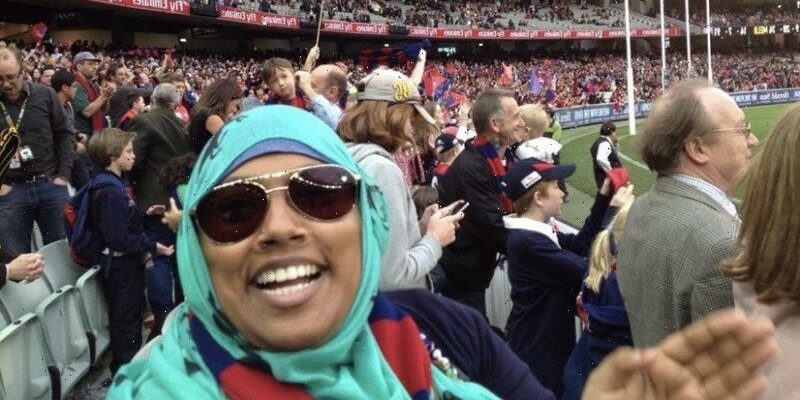 Since the preliminary final win, I have marinated in the stories of Melbourne Football Club supporters who have waited so long for this.

As a Melbourne supporter, after decades of watching September fans in envy, to feel proud of this club is the win. Whatever happens next is a bonus. 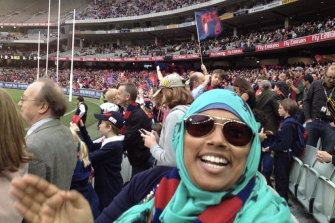 Demons fan and footy tragic Rana Hussain enjoying a game at the ’G.

While the sporting success is pure joy itself, if you listen closely that is not what Demons fans are saying when they talk about what this moment means to them. They say things like “I was there when…” and, “I wish so-and-so was still here to see this”.

What I’ve learnt as a Demons’ supporter on the precipice of the first premiership since 1964 – is just how personal this is.

Most Melbourne supporters have lived whole lives in wait for this. And it is that passing of time, a flip-book of moments connected to our love for our team that makes this the great moment it is. 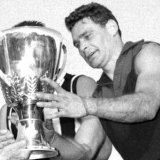 This grand final is not just the game played or the moment in time. It holds the memory of all the years that have come before it.

Since the last Melbourne FC showing in a grand final when I was 14, I have finished school, completed two degrees, changed careers, partnered, broken up and partnered again a few times, had a child, lost family, gained family, travelled, gone from being a teenage football Luddite to a 35-year-old mother with her own footy podcasts.

The consistent backdrop of those 21 years lived, are games of football.

One of the most romantic moments of my life happened in the crowd at the MCG when a down and out (and 51 points behind at halftime) Melbourne beat Fremantle in 2008. 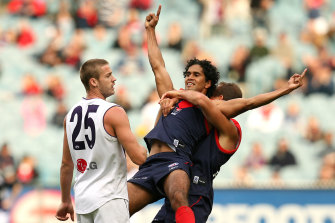 Aaron Davey and Brad Green celebrate a goal in the Demons’ come-from-behind win against the Dockers at the MCG in 2008.Credit:Pat Scala

I was in love and the Dees had won.

One of my lowest moments in life was being scolded by a venue staff member for praying during quarter time in a corner at the ’G before prayer rooms were introduced. Ironic yes, but my Dees scarf was used as my prayer mat.

In 2015, I took my two-month-old out for the first time after she started her life in ICU to the Queen’s Birthday clash. Postnatal hormones a plenty, and struggling to breastfeed in a tiny venue cubicle the weight of new motherhood dawned on me. As I listened to the booming call of “ball” from the crowd outside, I sobbed.

For my father-in-law Peter, Melbourne games continued to be his weekend outing, even as his diagnosis of Huntington’s disease slowly took over his body. I’ll never forget my partner bursting into tears at the footy when Peter, who by that stage rarely showed signs of lucidity, did for a moment, clapping along to “It’s a grand old flag”.

The Dees were there too, when my partner’s eyes welled up at the first game we attended after Peter’s death.

Life happens when you’re watching a game of footy. I used to think we the supporters were witnesses to the game, when actually it is the opposite. For footy fans, the game is the stage where we players perform life.

I hope this weekend a Demons’ premiership fairytale becomes the backdrop for another memory.

For me, the Dees have witnessed it all. My first game of football was a Friday night at the MCG between Melbourne and Western Bulldogs. I was 13, and it was love at first sight.

Rana Hussain is a broadcaster, writer and presenter. She is a member of the Outer Sanctum podcast team.