Britons are facing a stark warning to ‘think carefully’ before attempting to leave the country this Christmas.

Home Secretary Suella Braverman has sounded the alarm about ‘undeniable, serious disruption’ due to border staff going on strike.

She cautioned that despite plans for the Army to take some of the strain travel will inevitably be ‘impacted’.

The wave of planned strikes over conditions and pay this month have extended from nurses, paramedics and rail workers to Border Force officials.

Staff at Gatwick, Heathrow, Manchester, Birmingham and Cardiff airports will strike for eight days from December 23 to New Year’s Eve.

Ms Braverman told broadcasters: ‘It’s very regrettable that they have made this decision to potentially strike over critical times in the run up and following Christmas and New Year.

‘If they go ahead with those strikes there will be undeniable, serious disruption caused to many thousands of people who have holiday plans. 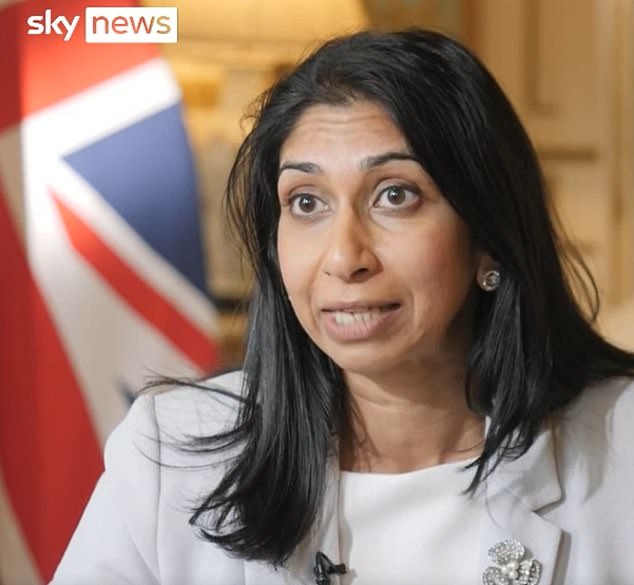 Home Secretary Suella Braverman has sounded the alarm about ‘undeniable, serious disruption’ due to border staff going on strike 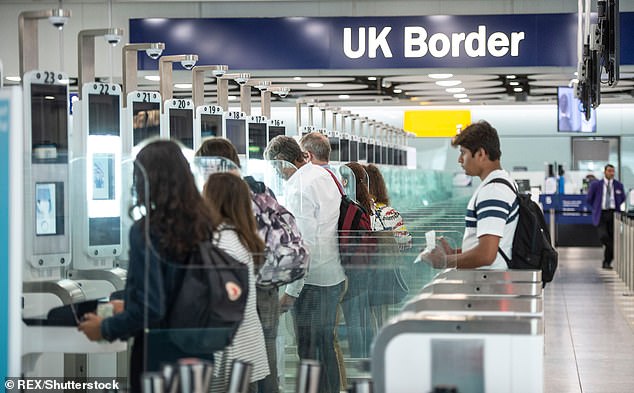 ‘I really want to urge people who have got plans to travel abroad to think carefully about their plans because they may well be impacted.’

Downing Street sought to brace passengers for disruption and urged them to check with airlines for the latest information before travelling.

Ms Braverman said plans are in place to bring in army personnel to help fill a ‘variety of roles’ but insisted she would not compromise on security to alleviate disruption.

‘Ultimately I’m not willing to compromise on security at the border, that’s the number one priority,’ she said.

‘That may well have an adverse impact on convenience for people, frankly, whether it’s the time they have to wait for flights, or departures, they may well be delayed on arrivals and various travel plans.’

No10 conceded Army personnel will face disruption to their own Christmases as they fill in at airports if the strikes go ahead. Military figures are said to be upset about unfair treatment.

The PM’s spokesman said: ‘These rolling strikes will cause disruption to everyone and that does also include our military personnel who will be required, unfortunately, to have to step in and backfill some of these vital roles we need to keep the country moving.

‘We recognise that they have been called on to do this before and I’m sure the public thanks them once again for the work they’re preparing to do.’

The spokesman was unable to say how significant delays at airports will be, but said he was unaware of any government plans to close airports.

He denied Rishi Sunak was trying to ramp up tensions with unions after he threatened ‘new tough laws’ to limit the impact of their strikes.

Mr Sunak’s spokesman insisted they had acted ‘reasonably’ during negotiations and said ‘we’re not looking to worsen our relations with any group’. 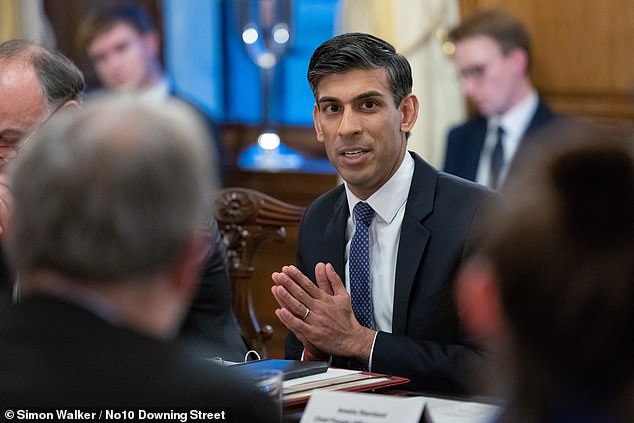 He said further details were planned for the ‘coming weeks’ but could not say when the new laws would be introduced, though they will likely not be in place over Christmas.

Unite boss Sharon Graham warned last night that the union is ‘ready industrially and financially’ to challenge any new measures.

‘For Unite, this is very clear. We will not be intimidated by anti-trade union attacks. If they put more hurdles in our way, then we will jump over them,’ she said.

However, Downing Street again insisted it cannot allow double-digit pay rises for the public sector, despite inflation soaring past 11 per cent.

The Prime Minister’s spokesman said such a move would ’embed inflation’ and be ‘acting against everyone’s interests’.

Health Secretary Steve Barclay said yesterday that giving all public sector workers a rise in line with prices would cost the government an extra £28billion a year.