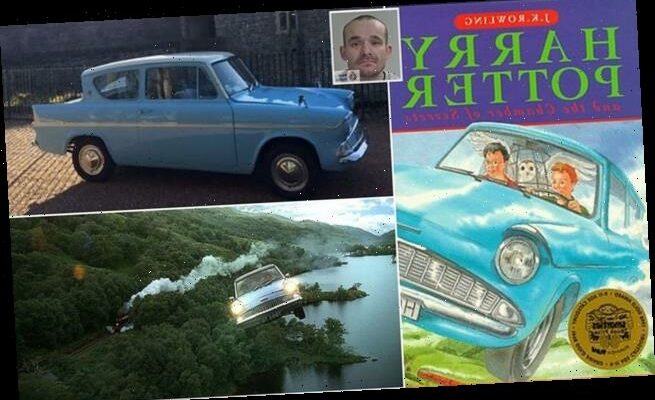 A spell behind bars! Burglar who stole immaculately restored replica of flying Ford Anglia from Harry Potter with fake Hedwig the owl on the back seat is jailed for almost two years 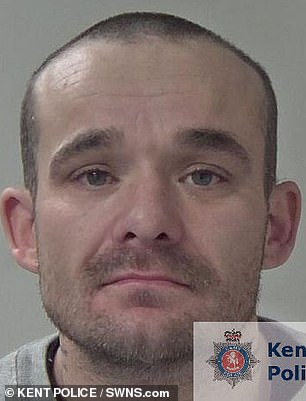 A burglar who stole an immaculately restored replica of an iconic Harry Potter car has been jailed for one year and ten months.

Richard Matthews, 37, stole the distinctive pale blue Ford Anglia 105E from a garage and sped off just three months after owner Steven Wickenden, 49, had spent £17,000 kitting it out.

The 1965 classic had been specially customised to look like the magical vehicle Ron Weasley uses to fly Potter to Hogwarts in the Chamber of Secrets before it is trashed by the Whomping Willow tree.

It had a £500 caged resin snowy owl on the back seat to look like The Chosen One’s pet Hedwig in J.K. Rowling’s series of hit fantasy children’s novels.

The doors could even fly open with chrome-plated brass buttons for invisibility, a hand-made compass and remote controlled sound effects with voices from the films.

Stars of the big screen adaptations such as Rupert Grint, who stars as Ron, Julie Walters, who plays Ron’s mum Molly, and Chris Rankin, who was brother Percy Weasley, have sat behind the wheel and signed the replica which was hired for magical weddings, birthdays and filming.

But it has never been found following the theft on October 17, 2019 as Matthews refuses to reveal what he did with it afterwards.

Retired debt collector Mr Wickenden, of Walmer, Kent, claims police said the crook even told interviewing officers: ‘I wouldn’t know. Have you checked at Hogwarts?’ when asked where he left the car.

He said: ‘We are really annoyed as it still hasn’t found. He’s admitted he took it but not willing to tell us where it is. He doesn’t care. 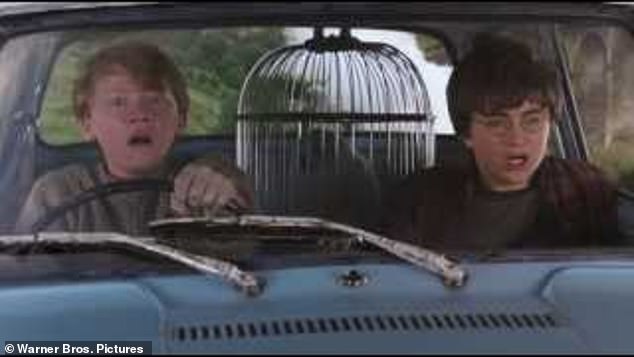 Steven Wickenden, 49, had spent £17,000 kitting out the car so it looked like the one used in the movie, Harry Potter and the Chamber of Secrets 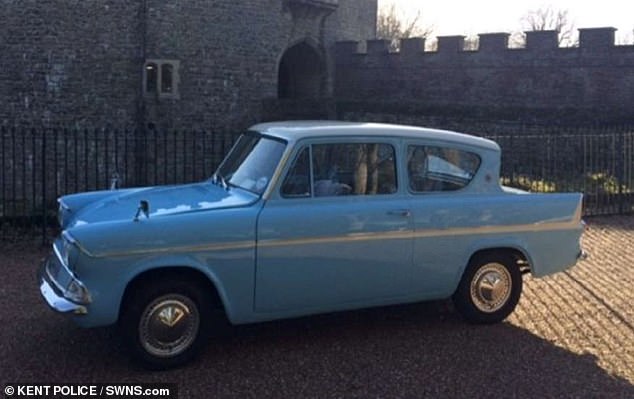 Kent Police are still searching for the stolen blue Ford Anglia 105E DeLuxe which was stolen in October 2019. Insurers paid the car’s owner £10,000 out of the £17,000 he spent modifying the classic

‘It’s disgusting. This is a slap on the wrist when he deserved a harsher sentence.

‘I have been offered to meet him and which I’m hoping to do. I would ask him where it is but also explain the mental toll it has had.

‘I put so much time and effort into doing it up but sadly we only had a few months with it before it was stolen.

‘I’m hoping it’s stored safely in an empty garage somewhere because I wouldn’t even want to see it again if it’s damaged.

‘You couldn’t get rid of it easily as it’s too unique and has an international following. I think he’s tried to make a quick buck and realised it’s too hot to handle.’ 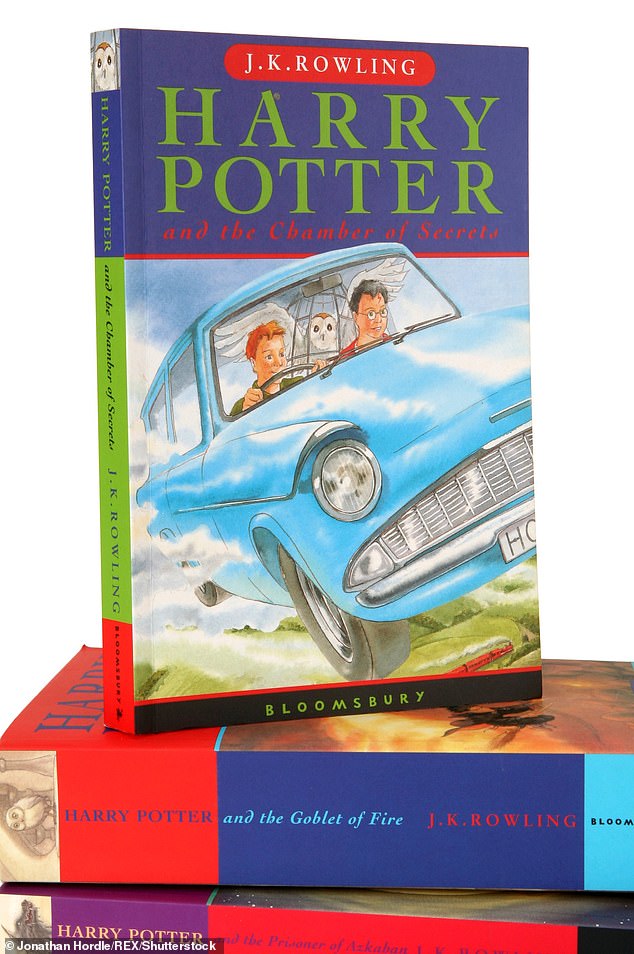 Mr Wickenden is offering a £1,000 reward for the safe return of his car is based on the one featured in the Harry Potter and the Chaber of Secrets 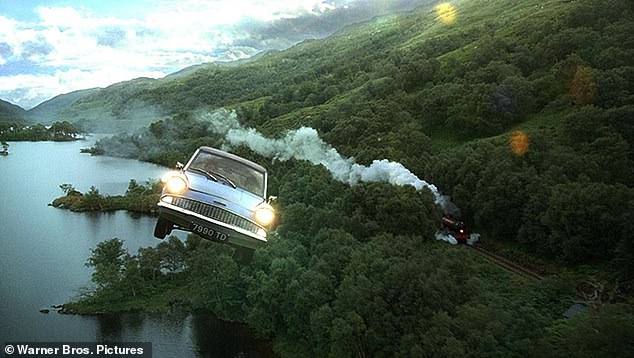 In the book and the movie, the Ford Anglia is able to fly

Mr Wickenden, who also owns Europe’s only original 1985 Back to the Future DMC DeLorean time machine available for hire, has been left £7k out of pocket as insurers would only cover £10,000 due to the flash modifications.

He is still offering a £1,000 reward for its safe return and is planning civil action against Matthews for loss of earnings from future events.

The crime has left Potter-mad daughter Molly, 15, who suffers from scoliosis and was planning to use the car to fundraise for charity, mentally scarred and fearing of burglaries as she sleeps.

Plans were agreed to add Daniel Radcliffe, who stars as Potter, to the list of signatures in the vehicle but this meeting sadly had to be cancelled after it was stolen.

Mr Wickenden believes Matthews must have been to the locked garage before as the vintage vehicle needed the battery reconnecting and separate keys to be unlocked and started up.

Members of the public spotted a scruffy looking man acting suspiciously by the garage in Walmer, Kent shortly before midday.

He had even asked a postman, who later saw him ‘shoot out the close like a bat out of hell’, for directions.

CCTV identified the suspect as Matthews, of Folkestone, Kent, who had arrived by train earlier that day.

Police told Mr Wickenden the camera showed him ‘in and out in seconds’ before hurtling up the M20 – despite the car having very little fuel and a locked petrol cap.

Investigating officer PC Katie Clarke, from Kent Police’s Dover Victim Based Crime Team, said: ‘Like all burglars, Matthews showed little respect for other people’s property, taking what didn’t belong to him, for his own selfish reasons.

‘Since his arrest, Matthews has not been willing to say where the car is, which is so disappointing for the victim, who put a lot of time into restoring and customising the vehicle.

‘I would hope Matthews develops a sense of decency regarding the loss and considers the impact of his actions.

‘I wish to thank everyone who came forward with information to help identify and bring this thief before the courts.’