Brazen robbers walked into a church and demanded a worshipper prayed for them before stealing his phone and ransacking the building, police in South Africa have said.

Four men walked into the Revelation Church of God in Govan Mbeki Street in Central Port Elizabeth, South Africa and asked to see the pastor on Tuesday.

One of the thieves demanded the pastor prayed for him, ahead of a pending court case.

When told he wasn’t there, they asked the 26-year-old worshipper to pray for them instead, while the other three bought out knives and took the man’s phone. 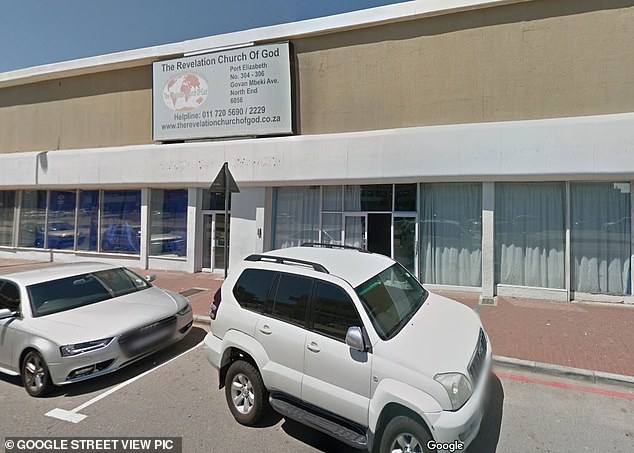 Brazen robbers walked into a church and demanded a worshipper prayed for them before stealing his phone and ransacking the building, police in South Africa have said

The burglars then took the churchgoer to the kitchen, while they looted the church, taking a sound system with a music mixer and microphone, a laptop and 9000 rand (£508) in cash.

Police spokesperson Alwin Labans said no arrests have been made, but a business robbery case has been opened.

Tool and Liezel Wessels, both 55, were leaving their home in Bonnievale, Western Cape, to take part in choir practice on Monday night when they were attacked. 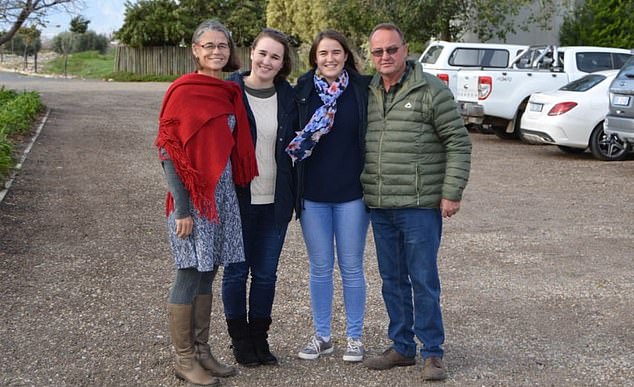 Tool and Liezel Wessels, both 55, with their daughters Annelie and Jana – the husband and wife were set upon by four armed robbers as they left their home for church in Bonnievale, Western Cape on Monday evening

The police said the pair were held hostage, but that Mrs Wessels managed to escape despite a stab wound and being burned with boiling water.

The mother-of-two alerted the police who later found Mr Wessels dead 200 yards from the house.

Mrs Wessels was reportedly stabbed in her chest and had water burns down her back, the house was ransacked and the safe was missing. 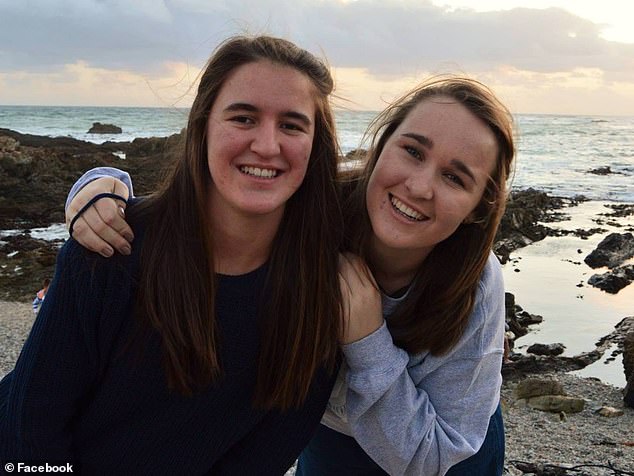 The sisters, Annelie and Jana Wessels, both students at Stellenbosch University, are said to be too afraid to return home

Colonel Andrè Traut told News 24: ‘One of the firearms stolen during the incident, a .22 rifle has been seized. The suspect is scheduled to make a court appearance once he has been charged.’

The robbers are understood to have made off with guns and cash.

Their two daughters Annelie and Jana are reportedly too terrified to return home.