A bungling thief killed himself as he planted powerful explosives to rip open a cash machine.

A CCTV camera caught the 37-year-old robber in a jacket with a hood as he tried to hack the Sberbank ATM in Russian city Cherepovets.

The screen suddenly goes blank when his homemade bomb explodes. 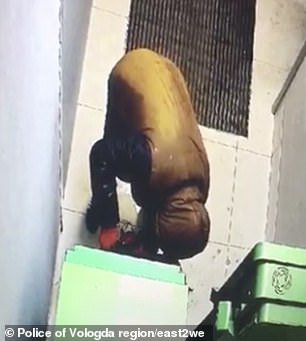 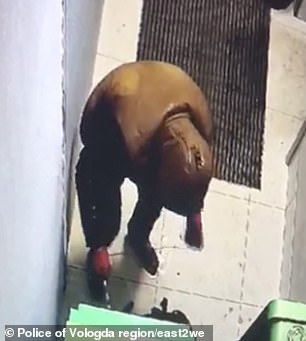 The robber can be seen reaching into his bag as he prepares to set off the bomb that later killed him. He died on the spot when the bomb hit him rather than the cash machine he was cracking 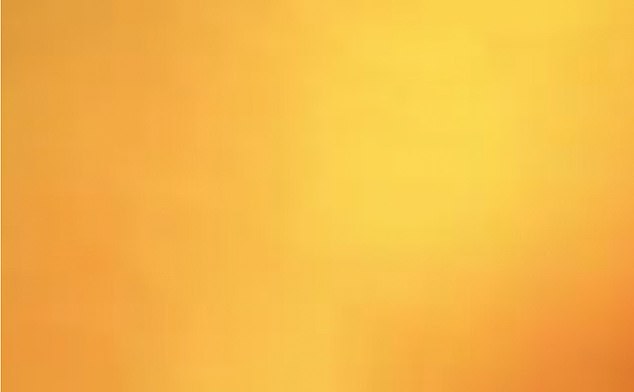 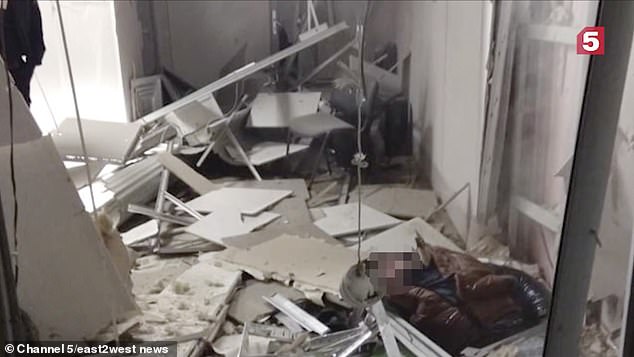 He hoped the bomb would open the ATM but it went in his direction and he died on the spot from the blast. It was so strong that it blew a door 35 feet towards the road 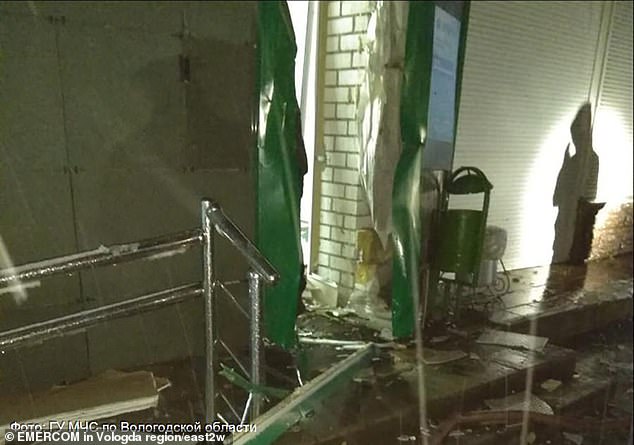 Police confirmed the incident and said the unidentified man had been killed on the spot as the force of the blast struck him, not the cash machine.

Russian detectives are searching for an accomplice who escaped.

No money was missing from the cash machine. 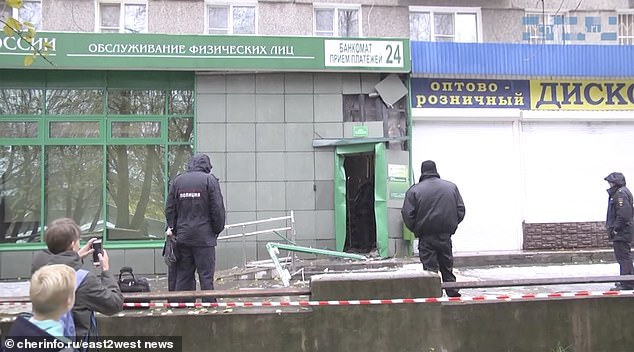 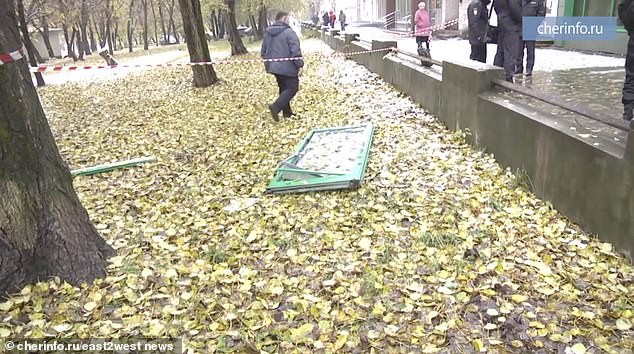 A door, pictured, was launched 35 feet after the explosion which killed the criminal on the spot during the act 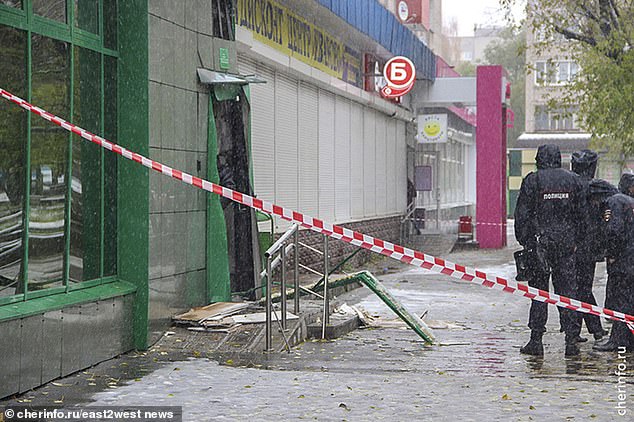 Tatyana, a resident of the building said: ‘There was a very strong explosion and the sound of breaking glass afterwards.

‘Of course, I was scared, and children screamed.’

She said it felt as if the building was collapsing.

The blast was so powerful a metal door was thrown 35ft.