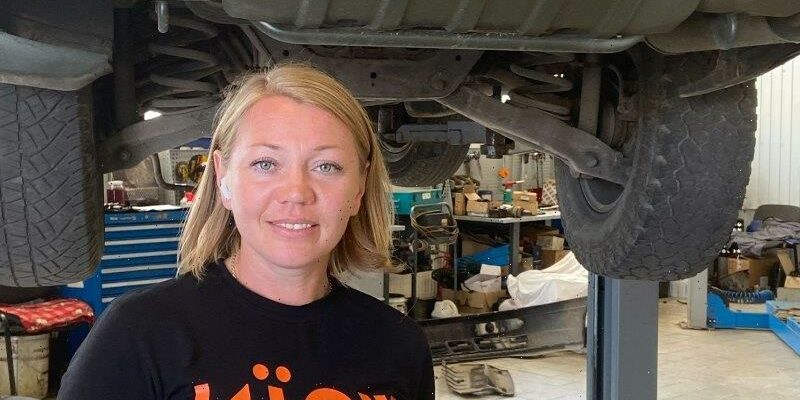 Ternopil: A typical working day begins for Khrystyna Fetsitsa when she climbs behind the wheel of a large four-wheel-drive and heads towards the front line in eastern Ukraine.

Fetsitsa spends at least two days travelling up to 1200 kilometres from her home in Ternopil to the war zones near Luhansk and Donetsk. Then she catches a train home.

Her job is done when she has delivered a vehicle to a soldier in what Ukrainians call “zero position” – the line closest to Russian fire. 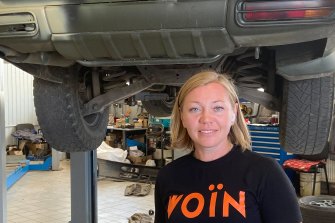 Khrystyna Fetsitsa in Ternopil at the workshop where volunteers refit 4WDs for the front line. Her shirt says “warrior” in Ukrainian. Credit:David Crowe

Fetsitsa went to university thinking she might become a lawyer but is now part of a war economy that puts a premium on any task that helps the Ukrainian armed forces fight against Russia’s invasion.

“We want to live in a free country with the ability to think and to do what we want to do,” she says on a recent morning near the pick-up trucks, 4WDs and minivans she drives.

Home base for Fetsitsa and her colleagues is a car dealership in the relative safety of Ternopil, western Ukraine, where workers refit second-hand 4WDs brought in from western Europe by a charity, Wheels of Victory, and a network of supporters outside Ukraine.

The vehicles in the car yard have stickers that reveal their origins: a Mitsubishi Shogun from Carmarthen, an Isuzu Denver Rodeo from Cardiff, both in Wales. The charity relies on Welsh volunteers to buy the vehicles and drive them across the Continent. 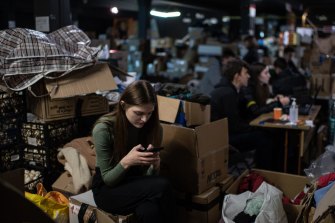 A volunteer takes a break in the Science Centre in Ternopil, Ukraine, where supplies are gathered and sent to internally displaced persons, and residents of attacked towns.Credit:Getty Images

Used on farms only a few months ago, the 4WDs have the high clearance and solid diesel engines that win favour with Ukrainian soldiers. The workshop workers check the engines, fit new tyres and paint the vehicles camouflage green and black. Then the vehicles are ready to give Ukrainian soldiers more freedom of movement on the front line than the Soviet-era army trucks they would otherwise drive.

Wheels of Victory, founded by Yaroslav Kolodiy with others in his town, receives modest funding from the Ukraine Crisis Appeal, an Australian charity supporting efforts ranging from housing to medical supplies. He imports about 40 vehicles every month.

Fetsitsa delivered a defibrillator sent by Australia on a recent journey. One of her next jobs, she says, will be to take an ambulance to a military hospital. She used to work for the local business chamber but now intends to be an army officer.

“Our way is the opposite to Russia,” she says, through a translator. “We will fight and we will fight until the end and we will win, even if it costs us our lives and the last drop of our blood.”

Later, she emphasises the point in English: “We are doing what we can do, what we must do.”

Like many others, the volunteers at Wheels of Victory were galvanised by the Maidan protests of 2013-2014 against corruption, Russian undue influence and the then-president, Viktor Yanukovich, who now lives in Russia.

Kolodiy was in Maidan Square in February 2014 when he witnessed protesters being shot dead by police; he helped at a medical station. Fetsitsa travelled to the protests several times from Ternopil.

About six million people have fled Ukraine since Russian troops began their assault on February 24, according to the United Nations, but about 38 million remain.

Life in Kyiv continues in bars and restaurants until the 11pm curfew but the war economy is forcing change. Men and women are volunteering for the army or finding jobs that help defend the country, like delivering military and humanitarian aid.

While many Ukrainians insist that victory is certain, they also know that some of their compatriots are working against them. President Volodymyr Zelensky removed the head of the Security Service of Ukraine, Ivan Bakanov, on July 18 because, he said, agents within the SSU had transferred secrets to the enemy.

Asked about their plans, young people talk of building a better country after defeating Russia.

“We can improve our country. We will construct a new Ukraine,” says Daryana Kolmyk, 20, a student at the Ukrainian Catholic University in Lviv who moved west with her mother after they had to leave the eastern city of Kharkiv, the target of some of the heaviest Russian bombardments. 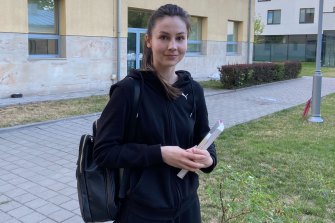 Kolmyk has given up her ideas of a master’s degree in sociology in France or the United States and now volunteers at a centre on campus that distributes foreign aid. Her father remained in Kharkiv and her younger brother is in Norway with grandparents and an uncle.

The Maidan protests, known as the Revolution of Dignity to many Ukrainians, also shaped Kolmyk and her family. While their community in Kharkiv mostly speaks Russian given its proximity to the eastern border, this changed in her household.

“Our family was changed by the Revolution of Dignity. I think we found our Ukrainian dignity inside of us.”

This may be a powerful force in Ukrainian society if, as some military observers expect, the current conflict turns into a long war of attrition.

“It’s like a new nation is being born,” says Alona Shevchenko, the key figure behind Ukraine DAO, a decentralised autonomous organisation that has raised money through cryptocurrencies for Come Back Alive, which buys supplies for the Ukrainian defence forces.

For Shevchenko and others, Ukraine emerged from the protests nearly a decade ago with a stronger society and a path to a more open democracy. Now, in wartime, the country’s fate depends in part on a generation of volunteers who still believe in that goal.