London: The decision on whether to ban Huawei from the UK's 5G rollout will be left to Theresa May's successor, widely expected to be former London mayor Boris Johnson. 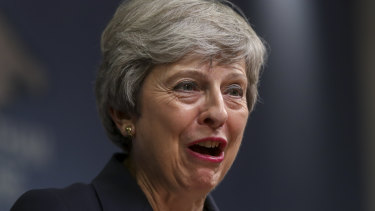 May was accused of "kicking the can down the road" after the long-delayed supply chain review was finally released in the dying 48-hours of her premiership.

But it is in line with demands from rebel MPs and supporters of Johnson that she leave the decision to her successor, who is to be named head of the Conservative Party on Tuesday.

Culture Secretary Jeremy Wright blamed the Trump administration's decision to blacklist Huawei, restricting US companies from trading with the Chinese company for the delay, saying Britain was seeking clarity from the Americans about the long-term implications of entity listings.

"This announcement is about further delay in relation to decisions on Huawei," Wright told the Commons.

"What the industry requires is clarity and what we should seek to give them is clarity, at the moment we are not capable of offering that clarity.

"It isn't a failing of the UK government that is at work here, it's an attempt to understand the actions of the US administration and the implications of them."

The Secretary of State announced a tougher security framework for telcos, including the imposition of "additional controls on the presence of certain types of vendors which pose significantly greater security and resilience risks to UK telecoms."

However this would be tempered by "seeking to minimise the costs to industry and the wider economy".

Under questioning, Wright agreed that an "outright ban," like the one Australia has placed on the company, might be the most effective route but said the government had not reached the point of making that decision. 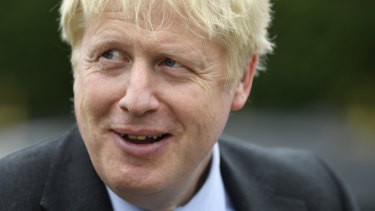 Boris Johnson is expected to be named PM this week.Credit:Bloomberg

"It is of course a possibility and remains so that the government may decide that an outright ban on Huawei equipment in the 5G network is the appropriate course of action, all that I say today is that we are not yet in a position to make a comprehensive decision about that and as soon as we are we will," he said.

The Chair of the Intelligence Committee and former Attorney-General Dominic Grieve who has been in close contact with Australian officials on the matter, accused Wright of "kicking the can down the road".

The phrase was regularly used to describe Theresa May's failed Brexit strategy which has led to her downfall as Prime Minister.

The review, commissioned in November 2018, was handed to the government in March but only released on Monday.

It was one in a string of last-minute announcements made by the May administration, which has been paralysed over the issue since the explosive leak of the decision of the National Security Council to allow Huawei to provide equipment in the so-called non-core of the network.

"We've had a flurry of delays, leaks and rumours, today's further delay on a decision Huawei means that this confusion will continue," Watson said.

Boris Johnson is expected to be named her successor in less than 24-hours and will inherit the issue, with Britain's impatient telcos already rolling out Huawei equipment in their 5G sites. The first 5G site launched in May, despite warnings from the British government that they would be using Huawei equipment at their own risk and cost.

However Australia is among those who say the way the 5G network operates means there will be no difference between the core of the network and the edge. As is the case with 4G, it means a threat anywhere in the network is a threat to the entire network.

Australia and the United States have been urging the UK to follow it's ban. Advocates of a ban inside the Tory party regularly cite the Five Eyes intelligence-sharing network and say it would be put at risk if Britain allows Huawei to supply the 5G rollout.

The delay on the Huawei decision comes as a media report in the US claimed that the Chinese company secretly helped North Korea build its commercial wireless network in violations of international sanctions.