The days of trashing hotel rooms might be a thing of the past for The Who, but Roger Daltrey can still do some damage.

One moment into the impassioned chorus of “Love, Reign O’er Me,” Daltrey appears to have blown the computer’s internal speaker with his explosive, robust vocals.

“I can still hit the notes,” he says during a video interview. “They’re still there.”

That they are, proving why Daltrey is still considered by many to be the most powerful and talented singer in rock.

Daltrey and Pete Townshend kick off The Who Hits Back, their North American tour, on Friday with an intimate show at the 7,000-seat Seminole Hard Rock Hotel & Casino in Hollywood, Florida.

Sharing the stage with a variety of orchestras, the band will cross the country through May, then pick up again in October before wrapping in November with a two-night finale at Dolby Live at Park MGM in Las Vegas.

Founded in 1964, The Who has earned more accolades than can reasonably be listed and in 1990 was inducted by U2 into the Rock & Roll Hall of Fame. Songs such as “Baba O’Riley,” “Who Are You,” “Pinball Wizard,” “I Can See for Miles” and “Tommy,” a rock opera from the album and movie of the same name, are some of the most acclaimed in rock history. 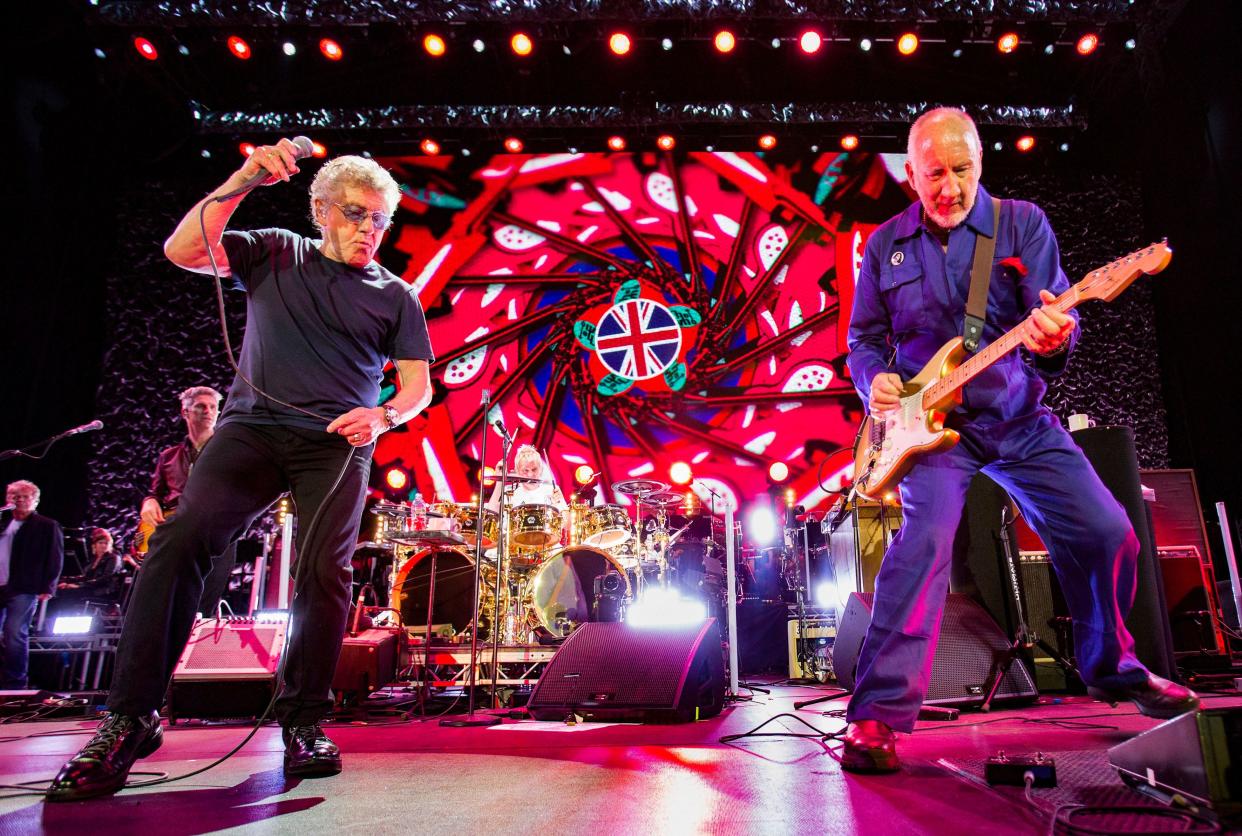 What Roger Daltrey and Pete Townshend bring to their new tour

Touring with an orchestra might be a far cry from what some would expect from a band that once held the Guinness World Record for being the world's loudest. But the orchestra is not toning down The Who’s sound so much as ratcheting it up.

“You live with the sound of synthesizers making string noises and orchestral noises,” he says. “But then you hear a real orchestra and a real violin, viola and cello and a couple basses going – it touches the human body, it touches our senses in a different way. It’s a big experience.”

To keep up his energy night after night, Daltrey says he does breathing exercises, weight training and cardio.

“Townshend's songs are incredibly demanding for a singer,” he says. “They’re lyrically complicated, there's never two songs together in the same key, so it's moving about all over the place, and it takes a lot of stamina. Just like Mick Jagger – I’ve got so much respect for Mick, he’s incredible. And you just have to train.”

“I’ve had a few close shaves with serious illnesses that have nearly taken me out,” Daltrey says. “But I just say, ‘Well you’ve taken on the wrong one, mate.’ I come back.” 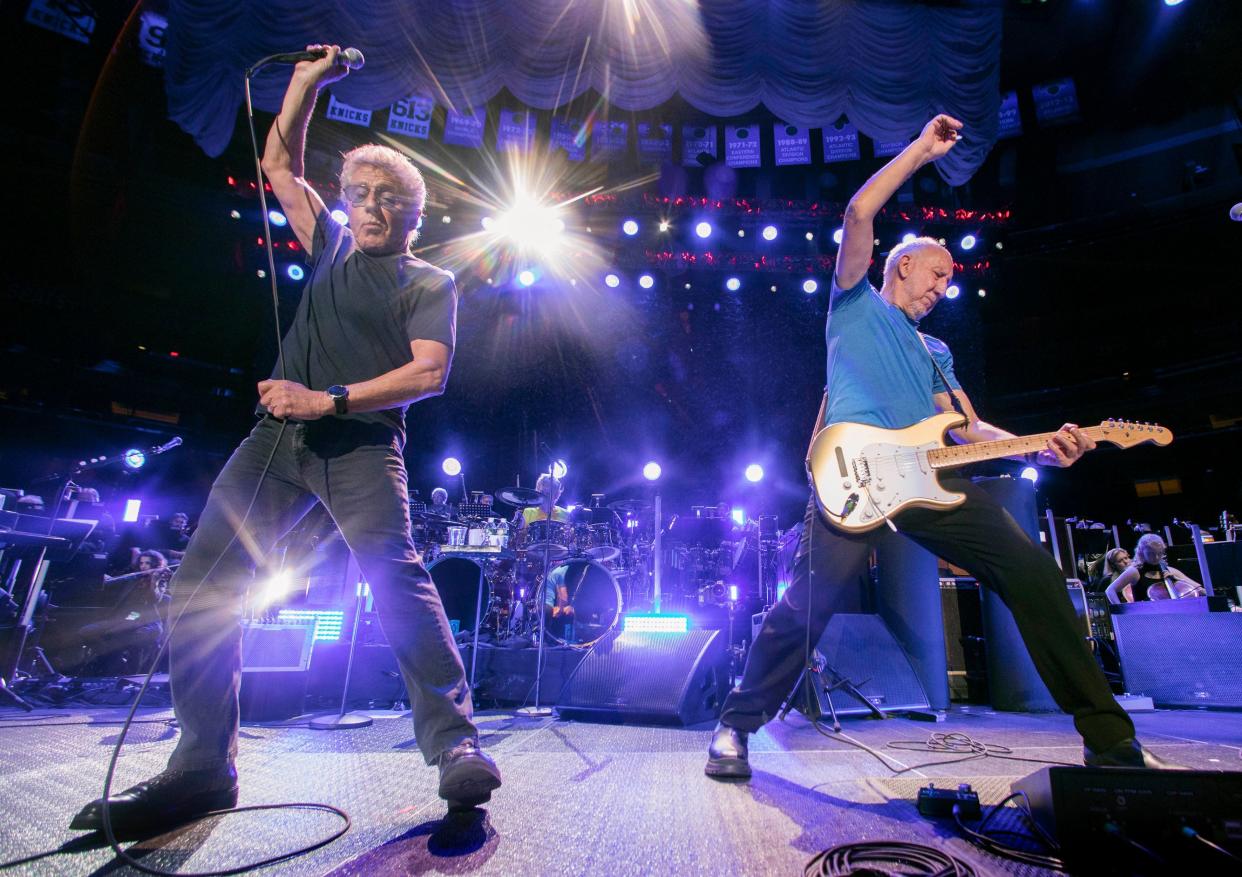 Roger Daltrey doesn't push fans away: 'They pay your rent'

Daltrey is jovial and quick to laugh, his zest for life apparent in his constant joking and easy smile. Which begs the question as to how he feels, at 78, still singing one of rock's most iconic lines: “I hope I die before I get old.”

“I still do,” he says, referring to lyrics from the band’s 1965 teen anthem “My Generation.” “I’ve met young people who seem to be incredibly old in their mind, and I’ve met old people that are incredibly young. You can’t measure age in years; you can’t measure a lifetime in years. A life is a life.”

And when the end does come, Daltrey says he will never really be gone.

“You are never going to escape this universe," he says. "A part of you will be somewhere in it, even if it’s a tiny bit of dust on Jupiter.”

For now, Daltrey remains in prime form. He rode out the past two years of the pandemic pretty easily, he says, taking long walks through his sprawling farm in East Sussex, England. Though rural, it's not isolated: Die-hard fans can track him down.

“They turn up at my door here,” he says. “I always try to make them welcome. I’ve seen a lot of stars have their bodyguards, and they push the fans away. I’ve never been on that page. I don’t like that at all. They put you where you are. They pay your rent. You've got to be there for them.”

Still, there are some “extraordinary, really industrial” fans.

“We’ve had to pull them out from under the beds before,” he says, laughing. “They know what time our plane lands, what hotel we’re staying at, under what name. … (They're) in the bloody room before you get there.” 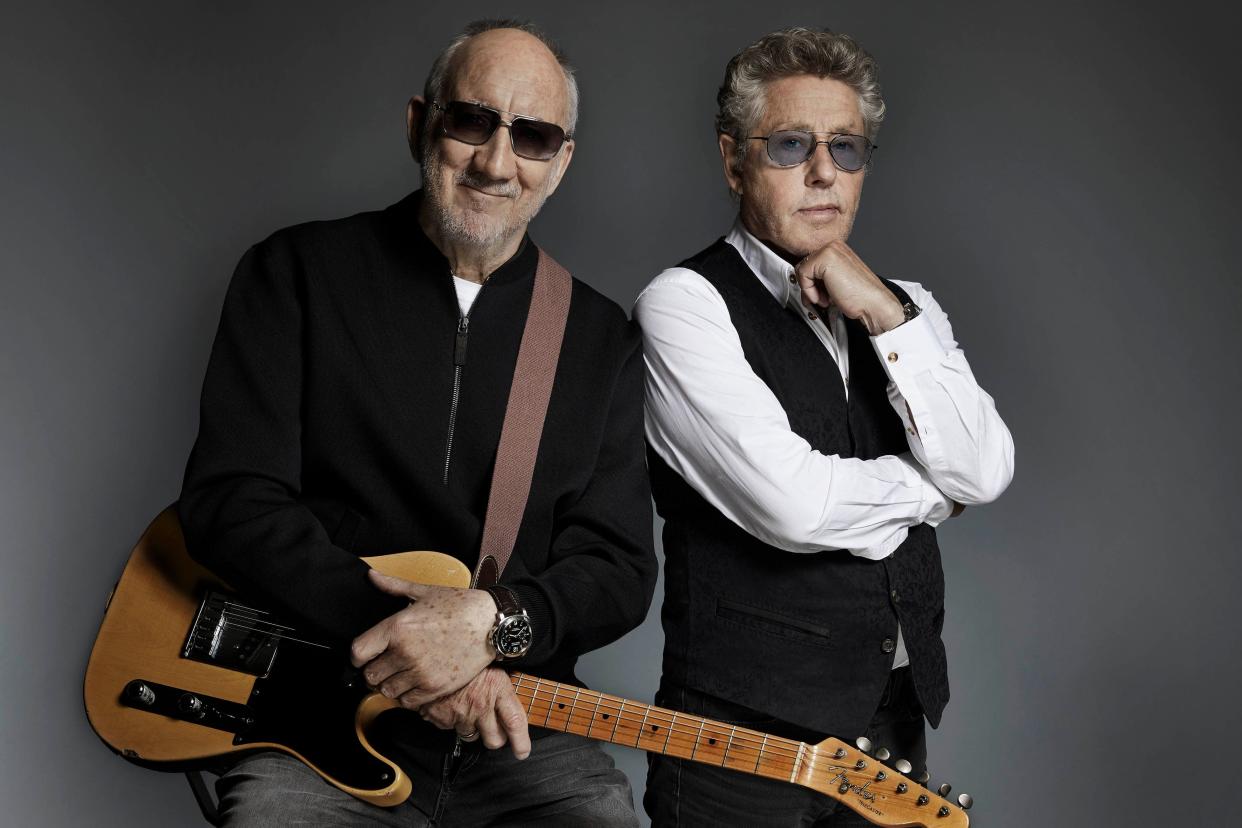 There is no hint of judgment in Daltrey’s voice when he talks about star-struck fans. In fact, he said, he is occasionally one himself.

“I get very nervous,” he said. “Not so much around all the guys I’ve known from the beginning – Paul McCartney and Ringo (Starr) and all those people – we’re all mates, and it’s different. But if I met someone I’ve been a fan of a very long time, even today, I go back to that little kid again.”

Who could render Daltrey speechless?

“It’s too late to meet Johnny Cash. He’s the only one I would have liked,” he says. “I’m glad I didn’t meet Elvis, because I would have been disappointed. … He was past his best. I'd rather carry his memory with me, which is fantastic.”

While Daltrey and Townshend still thrill playing live, touring is vastly different for them today than in the past.

“We didn’t have the equipment, the hotels were Holiday Inns, which we got banned from continuously,” he says, laughing. “We had so much fun in those days. … Everything was possible.”

What is still possible today is for anyone who has never had the electrifying experience of catching The Who live to do so.

“You must try to see Townshend once in your life,” Daltrey says. “He’s fantastic – the best I’ve ever heard in my life. And I’ve heard some pretty decent music.”

This article originally appeared on Palm Beach Post: Roger Daltrey on The Who's longevity: 'I can still hit the notes'