Whether it’s the president and first lady or the first ladies of reality T.V., many celebrities are keeping the Christmas card tradition alive by sending holiday well wishes to friends and loved ones.

Some boldfaced names stuck with paper cards this year, but posted them on their social media accounts to make sure that fans that don’t get a card directly in the mail will still feel in the loop.

Here are a selection of this holiday season’s best cards and Christmas messages.

President Donald Trump and First Lady Melania Trump released an official portrait, which showed the pair formally posing in a festively decorated hall, but that picture wasn’t actually a part of their Christmas card.

The first family’s card doesn’t include a photo at all, but instead shows an embossed, gold depiction of the White House and the family’s signatures on the inside. Barron Trump, the president’s 12-year-old son, signed the card this as well. 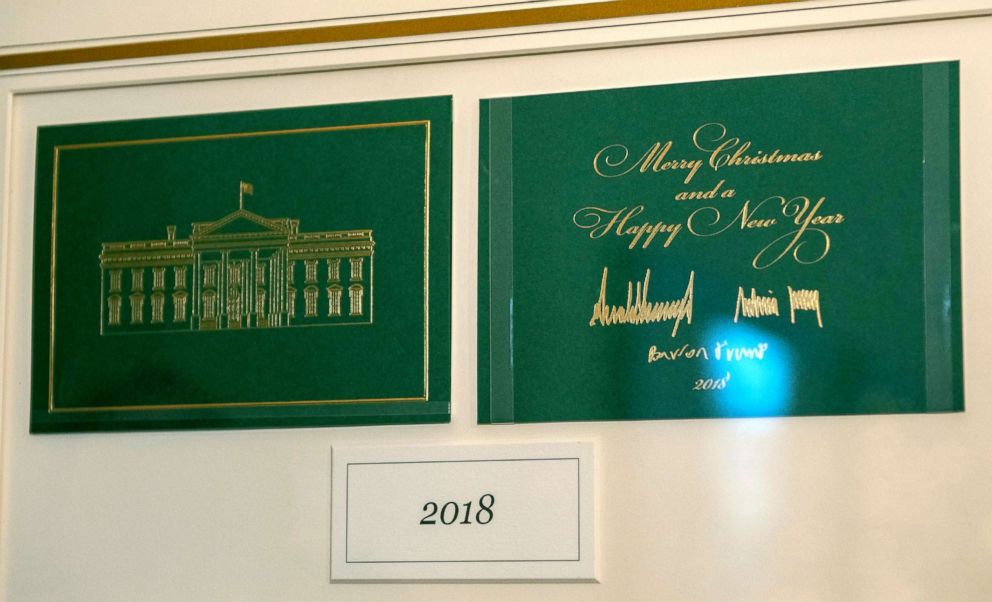 Vice President Mike Pence and Second Lady Karen Pence can be seen smiling in their Christmas Instagram post, which is formatted to look like a card.

“This Christmas, our hearts turn to gifts of family, friends, our freedom and the heroes who defend it…and the indescribable gift born in Bethlehem so long ago ‘wrapped in cloths and lying in a manger.’ Karen and I wish you and yours every blessing and a very #MerryChristmas!” Pence wrote in the caption.

?This Christmas, our hearts turn to gifts of family, friends, our freedom and the heroes who defend it…and the indescribable gift born in Bethlehem so long ago “wrapped in cloths and lying in a manger.” Karen and I wish you and yours every blessing and a very #MerryChristmas!?

Donald Trump Jr. shared his family’s Christmas card, which features a number of pictures of his five children. He posted several other photos that didn’t appear to make the cut in the formal card, and his separated wife Vanessa is included in two of those as well.

Merry Christmas to all. From our family to yours may you all have a blessed holiday and New Year. With love Kai, Donnie, Tristan, Spencer, Chloe and Don. #christmas #christmaseve #santa #family #holiday ??????????????

Two pairs of former White House residents didn’t share their formal paper Christmas cards this year, but they did send a seasonal message out on social media.

The photo was taken during her husband’s administration, and shows a then-teenage Chelsea going to hug her father, then-President Bill Clinton, while Hillary looks on.

Hillary Clinton credited the Clinton library for the photo, and in the library’s post it notes that the photo was taken in 1995.

To all those celebrating Christmas today, I wish you a merry one full of family and good cheer. Photo via @wjclibrary42!

And former President Barack Obama posted an undated photo — that also looks like it may have been taken in the White House — on Twitter of him kissing former First Lady Michelle Obama underneath some mistletoe.

There was a lot of drama — unsurprisingly — around the Kardashian Kard this year, as the ruling family of reality TV speculated publicly about whether they would issue a Christmas card this year.

That worry ended up being folly. There was, in fact, a ‘kard’ in the end, though it didn’t include every family member as it has in the past.

“This year we waited until the last minute to do a card,” Kim Kardashian West wrote in an explanatory Twitter post. “Schedules we’re changing, my husband was in and out of town. But The day of this card last minute realized we were all together so we had all of our kids come meet us.”

“Kendall and my mom rushed to a meeting after this shoot so this is what we have! As many of us as possible! From our family to yours Merry Christmas,” Kardashian West wrote.

The final product included Kourtney, Kim, Khloe, and Kylie, and their respective children — Mason, Penelope, Reign, North, Saint, Chicago, True, Stormi — and their brother Rob’s daughter Dream. Of the original siblings, Rob Kardashian and Kendall Jenner were both missing from the card, along with matriarch Kris Jenner.

The real royal family released the photos that they’re using for their Christmas cards a few weeks before the big day, with Prince William and Duchess Kate posing casually with their children, George, Charlotte and Louis. 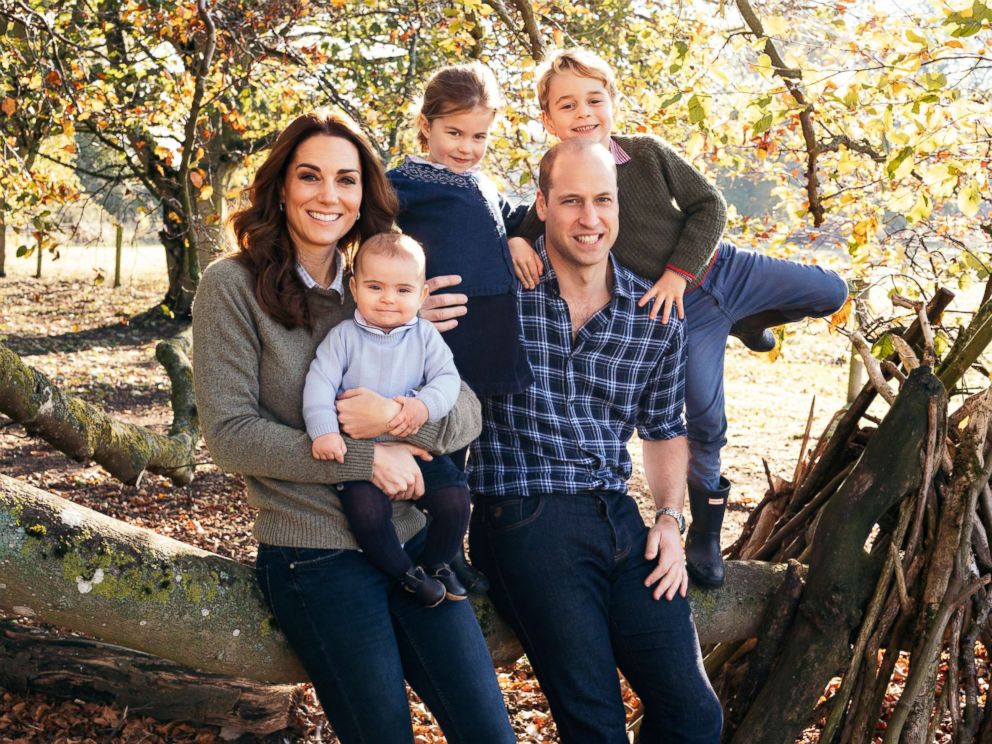 Prince Harry and Duchess Meghan shared a previously unseen picture from their May wedding, using that big day to help ring in the holiday season. 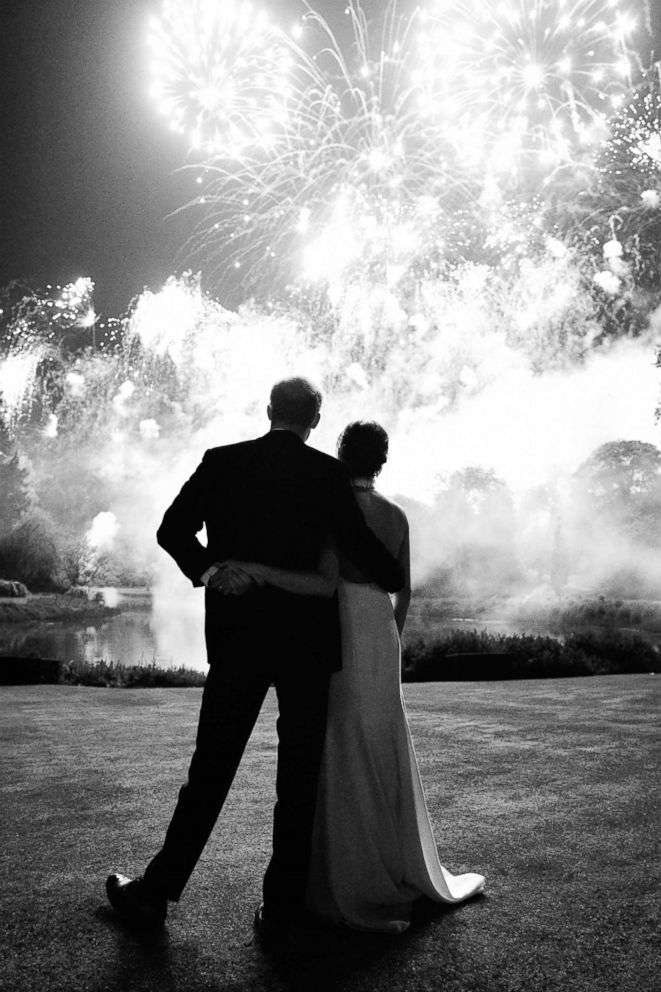 Reese Witherspoon showed her crafty side, pinning a family picture in front of their Christmas treet onto some trimmings with a clothespin.

“Merry Christmas from my family to yours!” she wrote in the Instagram caption, pictured alongside her children Deacon Phillippe, Ava Phillippe, Tennessee Toth and her husband Jim Toth.

“On this Christmas Eve, I’m sending you holiday wishes for a day filled with love and laughter — the important things that remind us how blessed we all are. And I’m sending extra special wishes of light & love to anyone out there who needs it!” she wrote, capping the caption off with several festive emojis.

Merry Christmas from my family to yours! ?????? On this Christmas Eve, I’m sending you holiday wishes for a day filled with love and laughter — the important things that remind us how blessed we all are. And I’m sending extra special wishes of light & love to anyone out there who needs it! ?????

The video shows Hudson, her boyfriend Danny Fujikawa and her sons Ryder Robinson and Bing Bellamy, wandering around what appears to be a Christmas tree farm. It’s unclear when the video was filmed, but it was likely after her daughter Rani Rose Fujikawa was born in early October, though she was not shown in the video.

“From ours to yours, sending love through the insta-web…Happy Holidays,” the caption reads.

From ours to yours, sending love through the insta-web ??Happy Holidays ?? (?? @swimswammyslippyslappy )

It sounds like Busy Philipps had grand plans for her Christmas cards, but they never materialized.

“I ordered 250. I sent exactly zero. Merry Christmas from my family to yours,” she wrote in the caption of her Instagram post that showed her family’s Christmas card, complete with a picture from a trip to Disneyland.

I ordered 250. I sent exactly zero. Merry Christmas from my family to yours.??

Kelly Ripa had fun with her card this year, jokingly featuring her husband Mark Consuelos’s fictional family from his television show “Riverdale” on the front, and including their actual family on the back, along with helpful captions to remove any confusion.

Tired of fighting with the kids over the holiday card photo? Problem solved! Thanks @camimendes @marisolnichols @instasuelos (swipe to see actual family and don’t forget to read the fine print!)????????

Kevin Hart got into the spirit with his multiple Christmas photo shoots with his children.

Merry Christmas from the Hart’s #LiveLoveLaugh #HappyHolidays …When u embrace being small it makes it so much cooler ??????

Round two featured the family as elves in what almost looked like a movie poster.

“Yes I am the corny dad that does over the top holiday shoots with my family and I love it…Happy Holidays #Harts #Elves #LiveLoveLaugh,” Hart wrote.

Yes I am the corny dad that does over the top holiday shoots with my family and I love it ????????….Happy Holidays #Harts #Elves #LiveLoveLaugh

Jessica Alba’s Christmas card — which is the first to feature her nearly 1-year-old son Hayes — was sponsored by Shutterfly.

I love a good family photo, especially now that we’re a #familyoffive woohoo! thx @photobyhudson 🙂 @Shutterfly makes the design process totally seamless! (It only took a hundred shots to get everyone smiling together) They have so many cute, customizable cards that arrive so quickly and the quality is impeccable. I am beyond thrilled with how our #2018holiday cards turned out! Click the link in my bio to get started on your holiday cards! #Shutterfly #MyShutterfly #sponsored

So excited to show you our 2018 holiday card! Thank you, @simplytoimpress ! They have the most unique, high quality cards. With our busy schedules I love how easy the card was to make and how FAST it was delivered. Let me know what you think! ?? ?? #ashleeandevan #ad #happyholidays

As was her former brother-in-law’s, Nick Lachey, whose card was shared online by his wife Vanessa Lachey.

I officially can’t wait until Christmas! I’m LOVING this holiday card with Nick and the kiddos!? A BIG Thank You to @SimplytoImpress for making it so easy to create such a fun design with quick delivery. ?? LOVE! ???? #Lachey2018 #ad #family #LacheyPartyOfFive #simplytoimpress