SIX areas across the north of England and the Midlands could face new lockdown restrictions over fears about their coronavirus infection rates.

Meanwhile cases have more than tripled in some areas including North Yorkshire, which borders regions hit with new lockdown restrictions overnight. 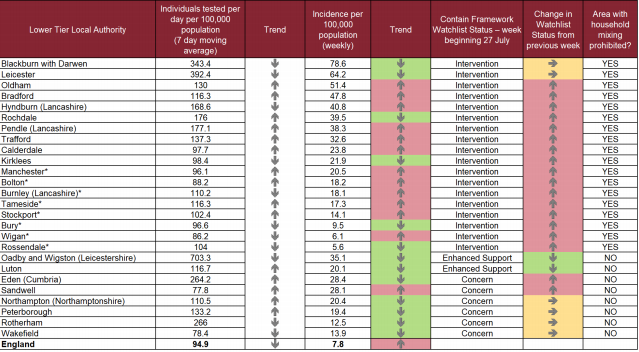 More than 4.5 million people across Greater Manchester, east Lancashire and West Yorkshire were told not to visit other people's homes as infection rates grow across the regions.

A Public Health England 'watchlist' published today has revealed six areas classed as 'areas of concern' where restrictions could be brought in next.

Eden in Cumbria and Sandwell in the West Midlands both have higher infection rates than Manchester with around 2.8 people infected last week for every 10,000 of population.

Northampton, Peterborough, Rotherham and Wakefield have also been flagged as areas of concern, although all four have falling infection levels.

Blackburn and Darwen in Lancashire remains the most infected area in England, with around 7.9 positive tests per 10,000 living there over the last week.

Leicester has the second-highest rate at 6.4 with Oldham and Bradford close behind with 5.1 and 4.8 respectively.

The average across England is 9.5 positive tests per 10,000 population.

New restrictions brought in across the north west and some parts of Yorkshire mean it will be illegal for people who do not live together to meet in a private home or garden.

The rules also apply to people travelling outside of the area to meet friends or family in their homes.

It means people can also no longer socialise with people they do not live with in pubs, restaurants and cafes.

Today, Boris Johnson slammed the brakes on the further lifting of lockdown across the UK by postponing easing measures planned to come into place tomorrow.

Wedding receptions of up to 30 people, test events for spectators to attend live sport and indoor gigs have now been postponed until at least August 15.

More police will also be called in to police face mask rules and Brits will now also be required to wear coverings in cinemas and museums.

Face masks are already compulsory in shops and on public transport.

'Areas of concern' have the highest prevalence of cases. The local area is taking targeted actions to reduce the infection rate with additional testing.

'Areas of enhanced support' are at medium to high risk of intervention. There is a more detailed plan, with expert advice and additional mobile testing.

'Areas of intervention' are areas where special measures are put in place that differ from the rest of England due to significant spread. A detailed action plan is put in place and local resources are increased with national support.

The UK's coronavirus R rate is now between 0.8 and 0.9 but is believed to be above 1 in some areas.

Speaking at today's press conference, chief medical officer, Professor Chris Whitty, warned that it might not be possible to ease lockdown further, saying the UK has "probably reached near the limit or the limits" of what can be done to reopen society.

Mr Johnson told the briefing: "As we see these rises around the world, we can't fool ourselves that we are exempt. We must be willing to react to the first signs of trouble." 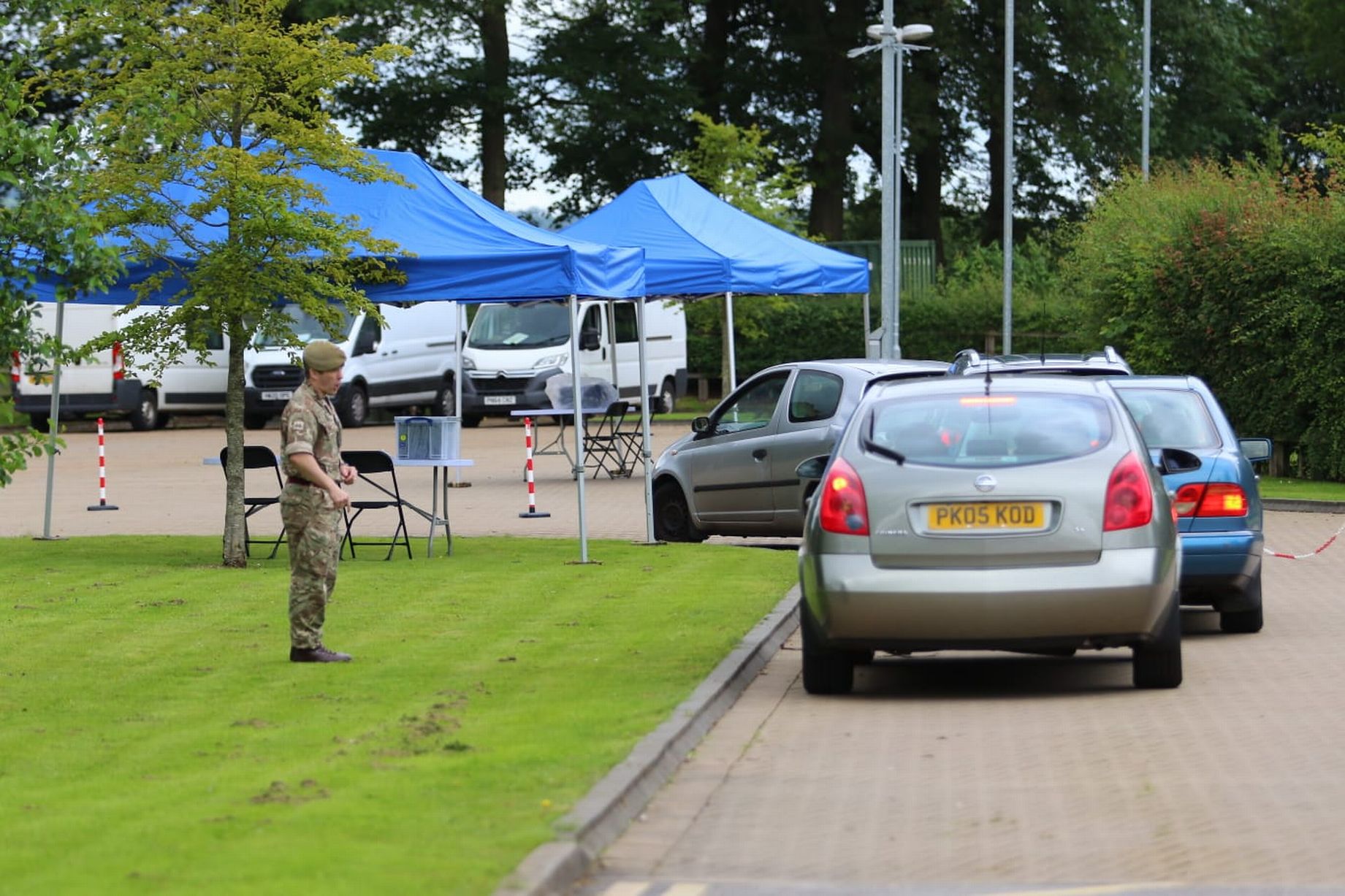