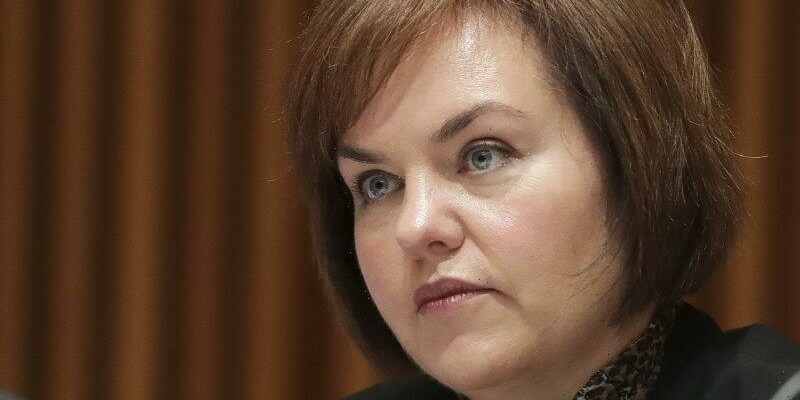 In October 2020 The Age and The Sydney Morning Herald published an article under the headline “Seeing Red: Labor’s China Problem”. One matter-of-fact sentence in the piece had me seething for days.

The piece explored the opposition’s bitter internal divisions about how to respond to an increasingly overbearing China under its president-for-life, Xi Jinping. A key element in the story was Labor’s Senator Kimberley Kitching, then chair of parliament’s Foreign Affairs, Defence and Trade References Committee and founding member of a bipartisan parliamentary group called the Wolverines. 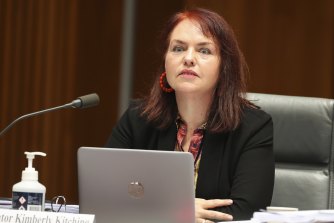 Labor Senator Kimberly Kitching was a founding member of the so-called “Wolverines” the purpose of which was to push back against bullying and civil rights abuses by China.Credit:Alex Ellinghausen

While the group’s name is an adolescent salute to the 1984 movie Red Dawn in which high school football stars thwart a Soviet invasion of the United States, its mission is a serious attempt to push back against the emerging superpower’s diplomatic bullying and escalating crackdown on human rights.

“Human rights” are not exclusive but rather universal, Kitching was quoted as saying, a regime should be opposed if it “puts itself above the wellbeing of its people”, “oppresses minorities” and “crushes the human spirit”.

The line that crushed my spirit concerned the fierce pushback Kitching’s agitation had provoked among her Labor colleagues. “Criticism of her hawkish views was sometimes venomous,” the piece reported,“with some questioning her Labor values”.

And so I seethed; about these faceless, cowardly MPs casting doubt on Kitching’s “Labor values.” Surely, it’s their Labor values that should be called into question? Or perhaps the fault is mine as I’ve failed to grasp that Labor values entail the repression of an independent trade union movement, the systematic repression of freedom of speech and expression, the unselfconscious use of economic coercion as a tool of diplomacy, the gutting of Hong Kong’s vibrant democracy, the internment of more than one million Muslim Uyghurs in re-education camps. 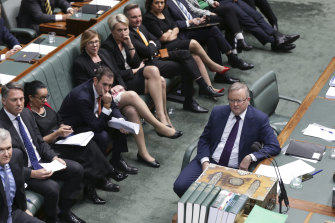 In short: this observation about “Labor values” said less about Kitching than it did about her party, and its wonky moral compass.

So incensed was I on Kitching’s behalf. Fat lot of good it does me unleashing that anger now, after her untimely death last week. After her own spirit was crushed by party colleagues who allegedly froze her out in the Senate, as my fellow columnist Shaun Carney reported last week, and threw her preselection into uncertainty.

The reasons for her being sidelined are by now well-documented: a tangle of internal and factional re-alignment that I‘d need a whiteboard to make sense of.

However, it’s also clear Kitching’s convictions – pro-American, pro-universal human rights, one of her crowning achievements is advocating for a Magnitsky Act that imposes sanctions on human rights violators, including Russian officials implicated in the current invasion of Ukraine – galvanised her enemies and contributed to her isolation.

“Better late than never” is not going to cut it, but along with loss and shame it’s all I have right now.

So, we arrive at the compulsory paragraph of hedges and caveats. It is wrong to cast Labor as the party of consistent kowtowing on China; in 2017 it resisted Beijing’s push for an extradition treaty, a key tool in its intimidation of Chinese nationals wherever they reside.

Australia has a firm bipartisan consensus on foreign interference laws, China’s aggression in the South China Sea and everything else that matters, Daniel Andrews’ freelancing on the Belt and Road Initiative notwithstanding.

The nation’s security and intelligence establishment can boast many wise heads, but they do like to scold the public and the odd dissident politician for holding “immature”, and “destructive” debates on foreign policy.

I find their attempts to police the boundaries of public debate elitist – and amusing. According to the spooks, the key to tackling the manifold challenges of China’s rise is to become more like China; muzzle the handful of exuberant voices, bring some Politburo-style discipline to Federal Parliament. Of course, of course, hard calculations must underpin Australia’s China policy, and Labor’s.

I’m not advocating an outsized role for warriors such as Kitching in formulating the final draft. (Let alone for some of the more dubious anti-China agitators in the conservative camp whose professed concern for human rights is just nativism, thinly disguised).

The argument is not about Labor’s policy on China. It is about whether Labor is a party that allows space for conscientious dissenters who use their power to help those who have none. The question is as much about tone as it is of substance. The Coalition’s China wolves get the occasional warning from Scott Morrison to lower the volume; but to my knowledge their colleagues in the party of business do not accuse them of being ideological turncoats despite Australia’s economic dependence on China.

It should trouble every true believer that while former Liberal prime ministers Tony Abbott and John Howard make rousing declarations of solidarity for the besieged democracies of Taiwan and Hong Kong, there are no correspondingly uncluttered voices on Labor’s side.

Kitching’s tragic death has me contemplating the lonely courage of the individual prepared to take on their own tribe or institution, buckle against a prevailing orthodoxy, and stand for truth at great personal cost. How many such individuals come to mind in our parliaments, our media, our cultural institutions, our universities? They are a rare breed. For all Australia’s larrikin self-image, we’re a depressingly conformist bunch.

There are many senators and MPs who would pass the “Labor values” test. Hardworking, good people, I’m sure. But I don’t know their names. Nor can I easily recall the names of Labor’s factional henchmen, characters destined to fade into history. Meanwhile, Ukrainians are fighting for their freedom street by bloody street.

Prisoners of conscience rot in jails. Regimes terrorise their own people. And history will show that, more than any of her parliamentary peers, Kimberley had their backs.